25 December 2017
Merry Christmas and a Happy New Year from the World Rugby Museum!

Did you know that on Christmas Day in 1872 a match was played in Calcutta with 20 players representing England and 20 representing Scotland, Ireland and Wales? After a failed attempt at attracting members, the Calcutta Club folded and their remaining silver rupees were melted and formed into the Calcutta Cup that we still play for today. 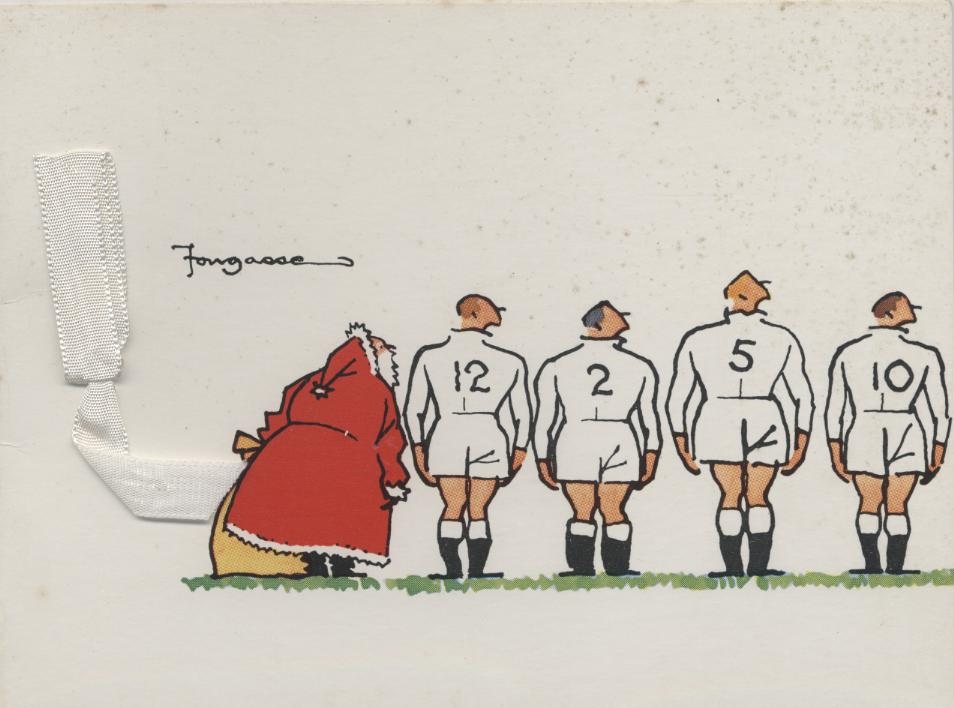 The World Rugby Museum would like to wish you all a very Merry Christmas and Happy New Year!