Many years ago on a long gone version of our website, we hosted an 'Object of the Month' feature, delving into our archives to explore some of our hidden treasures. As it's the start of a new year and a new decade, it seems the perfect time to revive this project. Out of our 40,000 objects, only 1.4% are on display so there is plenty of unseen collection for you, our readers, to discover! So we're going to kick off this series with the Deed of Conveyance for Twickenham Stadium. This four-page document, bound by a green ribbon, states that the land on which Twickenham Stadium stands today was purchased by the RFU on 9th August 1907 for the price of £5,572.12s 6d. 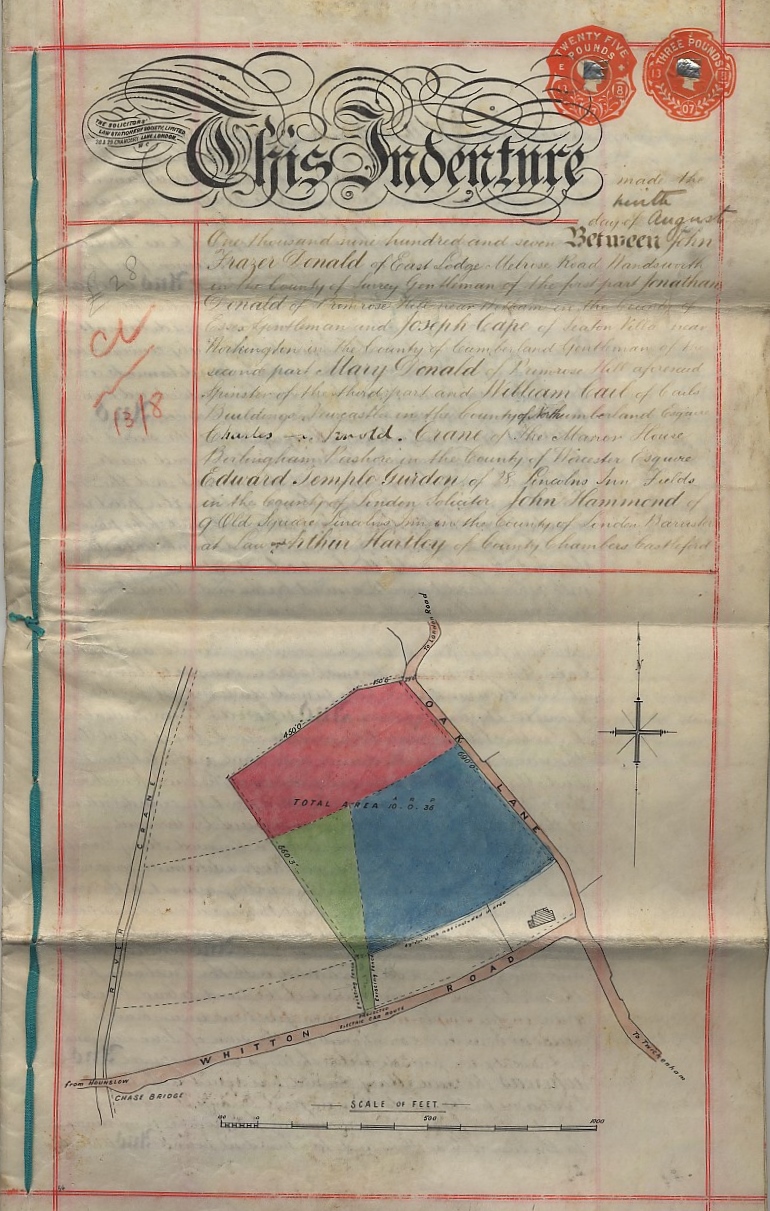 England had played international matches against New Zealand in 1905 and South Africa in 1906, both in a sold-out Crystal Palace. This led the RFU to believe that there was a need for a national rugby stadium. The two most instrumental figures in the selection of the Twickenham site were RFU Committee member William Williams and RFU Treasurer William Cail. The 10 ¼ acre site in Middlesex was selected against considerable opposition, mainly because many RFU members felt that it was too remote from London. The land had previously been used as a market garden, and as such was nicknamed "Billy Williams' cabbage patch". During 1908, two covered stands were built on the East and West sides of the pitch, and a terrace on the South side. Work was carried out to raise the pitch and insert drainage. In 1909 the roads and entrances around the site were improved, and on 2nd October 1909 the inaugural match was finally played between Harlequins and Richmond. 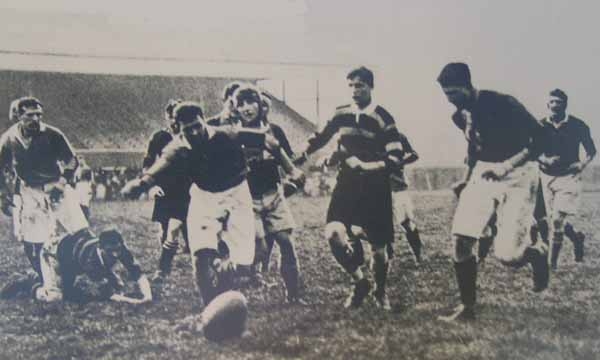 The first international was played between England and Wales on 15th January 1910, with England beating Wales by 11 points to 6. On 6th February 2010, the opening day of the 2010 Six Nations, England again defeated Wales by 30 points to 17 in the Twickenham Stadium Centenary Match. The stadium has changed countless times and in countless ways since 1907. Ahead of the 2015 Rugby World Cup the pitch was completely overhauled with the installation of new drainage, under-pitch heating and the state-of-the-art Desso system, last year an extension to the hospitality facilities of the East Stand was completed, and at the time of writing the stadium is in the middle of a roof replacement project.

For this month’s highlight from the collection, we look back to the first – and so far, only – time that Australia and New Zealand fielded a combined rugby union team. Described as the ANZACS XV, this jersey was worn by the team’s Australian fly-half, Michael Lynagh...
Read More

25 years of the Cook Cup

Today marks 25 years since the inaugural Cook Cup match was played. The trophy, contested by England and Australia, has recently been retired to make way for the new Ella-Mobbs Cup...
Read More