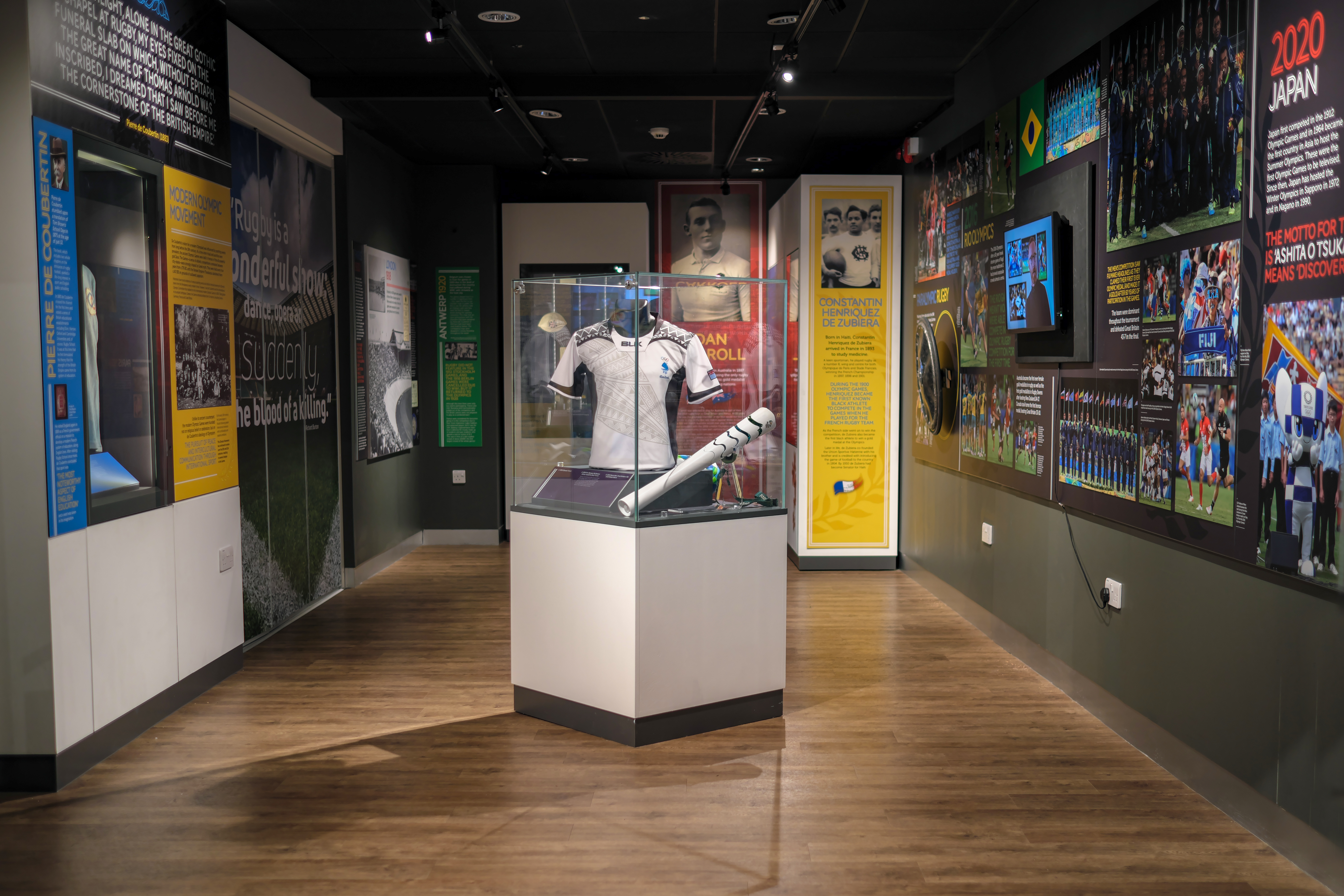 One of the prized objects in our new Rugby and the Olympics exhibition is the 1908 Gold Olympic medal, awarded to a member of the Australian rugby team. One of 110 gold medals awarded during the London Games, this medal was Australia's only gold of the championships. The designer of the 1908 medal, Bertram Mackennal, was an Australian sculptor and medallist, making Australia's victory even more fitting. On the obverse side of the medal, two female figures are pictured placing a laurel crown on the head of a young, victorious athlete. The inscription "Olympic Games London 1908" dominates the bottom half. On the reverse, there is figure of St George, patron saint of England-the host nation for the 1908 Games. Which countries were competing? As with its first outing, there were only three teams to enter the competition: France, Great Britain (represented by County Championship winners Cornwall) and Australia, who were touring the British Isles at the time. France were unable to recruit enough players and so had to withdraw from the competition at the last minute, meaning that there was only a final to be played. This took place at White City Stadium on 26th October-a dark and miserable day by all accounts. Conditions were terrible. Thick fog and mud hindered play and the ball became greasy and heavy after its many trips into the Olympic swimming pool next to the pitch! Australia dealt well with the conditions and thrashed the British side, winning 32-3. Official Olympic Report on the Match:

'The Colonials took the lead in the first five minutes, were ten points up in twenty minutes, and by good following up and remarkable speed outside, they scored pretty much as they liked on somewhat slippery ground in dull and rather dark weather. Cornwall had weight in the scrummages but were usually beaten for the ball, especially in the open play preferred by the Australians, who were without both their captain and vice-captain'.

Rugby and the Olympics is running at the World Rugby Museum until Summer 2020. Make sure to pay us a visit and see the medal for yourself!