1906 saw the first South African rugby tour to the United Kingdom. The team played in their now iconic green and gold kit adorned with a springbok, but for smarter occasions they were kitted out with green blazers edged in yellow. We are lucky enough to have one such blazer in the museum collection which can be seen on display in our World Tours Gallery. If you do come and visit us however, don't be fooled by the blazer's civilised appearance, this particular garment has links to much more grisly past. 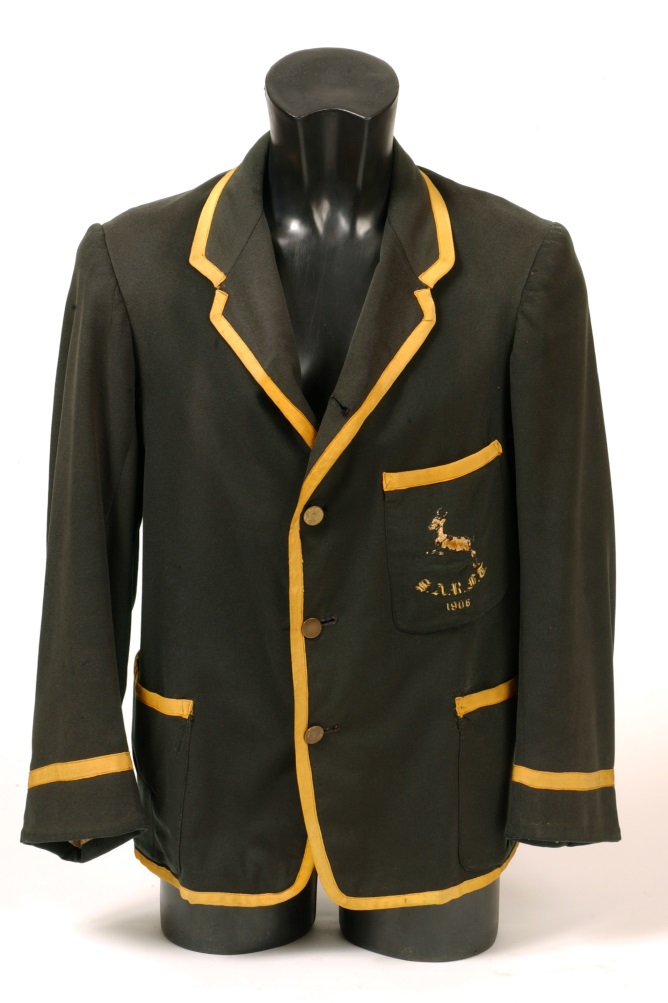 The blazer was awarded to Sydney Clarence (Slapie) De Melker, who played half-back for the Springboks on their first tour. He was a small, skilful player in the midfield who is now remembered more for his unfortunate choice in bride rather than his performance on the rugby field.

Some 25 years after the first Springbok tour, Sydney, then a plumber and a widower, met and married fellow widower Daisy Sproat. Daisy had been widowed twice previously and had one surviving son, Rhodes Cowle. Unbeknown to Sydney, Daisy's previous husbands, William Cowle and Robert Sproat, had both died in remarkably similar circumstances - muscle spasms, excruciating pain and foaming at the mouth - leaving Daisy the sole beneficiary of their wills. These symptoms, which are commonly associated with strychnine poisoning, had raised suspicions in the doctor of her first husband however no further action was ever taken. A little over a year after Sydney and Daisy had married, Daisy's son Rhodes was taken violently ill at work after drinking coffee prepared for him by his mother - he died a few days later at home. Rhodes' colleague James Webster, who had also sampled a little of the coffee, was also taken ill but later recovered. Upon hearing this news, William Sproat, the brother of Daisy's second husband, , grew suspicious and alerted the police to the possibility of Daisy's interference in not only her son's death but those of her first two husbands. 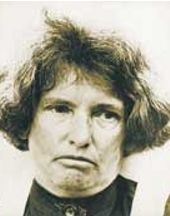 The bodies of all three men were exhumed and traces of pink strychnine were found to be present in both William Cowle and Robert Sproat and arsenic had preserved the remains of Rhodes Cowle. Traces of arsenic were also present in James Webster. Daisy was arrested and, upon seeing her photograph in the local newspaper, the chemist who sold her the arsenic immediately recognised her as Mrs D L Sproat (as she had signed the poison register). Daisy went to trial in October 1932 and, although acquitted of killing her husbands due to lack of evidence, she was convicted of the murder of her son and sentenced to death by hanging. The Crown Prosecutor in charge of her case, Cyril Jarvis, remembered Sydney de Melker as a good sportsman and noted that he stood loyally by his wife during her trial. Daisy De Melker was hanged on the morning of 30th December 1932 in Pretoria Central Prison.