19 February 2015
How close did Wales come to being the Leeks of international rugby? 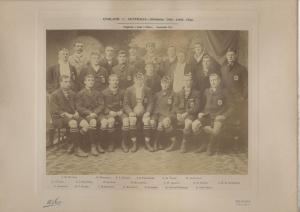 The crest on the badge below is from the 1899 Anglo-Australia team although this name is slightly misleading as the team was in fact a British representative side that toured Australia and not the teams combined as the name suggests. But who made up the Anglo- Australian team? Well today we would know them as the British and Irish Lions, a team made up of the best players from the English, Welsh, Scottish and Irish national Rugby teams. Although the name is misleading the badge does represent the team correctly with the symbol from each country intertwined. This article aims to review the history of each of those logos and to determine if the Welsh really were represented by the leek over 100 years ago. 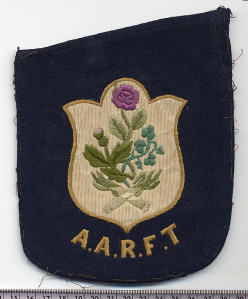 The first symbol on the crest is the red rose of England. The English Rose was chosen by the Rugby Football Union in 1871, but there is debate about why it was picked. It is likely that, along with the all-white kit, the rose symbol was borrowed from Rugby School, where Lawrence Sherriff, the founder, had based the school's logo on his own coat of arms that included a red rose, presented to him by Queen Elizabeth I. Another possibility is that the RFU picked it to represent the English monarchy, for which the red rose has been a symbol ever since the end of the Wars of the Roses. Or was it simply due to an influential group of Lancastrians who were present at the time? Below the rose, to the left of the crest, there is a thistle representing Scotland. There is less debate as to why this is the symbol for the Scottish rugby team. The thistle is also Scotland's national flower. According to legend Scots were once alerted to the presence of Viking invaders when a bare-foot Northman stepped on a thistle and screamed. Because of this Scotland and eventually their national rugby team selected the thistle as their emblem. Next to the thistle, on the right of the crest, is a shamrock representing Ireland. The use of the shamrock as the symbol of Ireland and subsequently the symbol of the Irish team is widely understood to be because of St Patrick, Ireland's patron saint, and has been used since the eighteenth century. The final logo at the bottom of the badge is a pair of crossed leeks, a national emblem of Wales. Today we know the Welsh Rugby Union's logo as being the Prince of Wales Feathers. This alternative logo raises the question of how close the Welsh were to having a leek as the symbol of their national rugby team? The answer in short is not very. The Welsh team have used the Prince of Wales Feathers as their emblem since their first international against England in 1881. It is thought that the Welsh Rugby Union picked the Prince of Wales Feathers over the leek as their symbol in the nineteenth century as a demonstration of loyalty to Britain and her empire. Therefore it seems that the Welsh were never going to be the 'leeks of international rugby' and the use of the leek in this badge was a one off. Which leaves only one question- why did the 1899 Anglo-Australia tour organisers choose the leek? 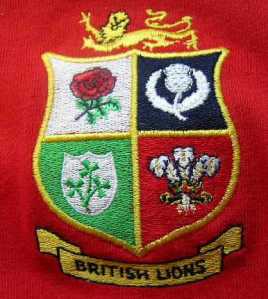 About the Author - Holly Parsons graduated from Portsmouth University having studied Heritage and Museum Studies. She has been volunteering at the World Rugby Museum for little over a year and has been part of several research, display and archiving projects. She can be contacted @holly_p9 or http://uk.linkedin.com/pub/holly-parsons/6b/765/951