The 1890s was a decade of momentous change in rugby union. History has tended to highlight the adverse effects of broken time payments and the advent of professionalism leading to the formation of the Northern Union, but the growth in public interest in the game as shown in the rise of new clubs and venues and the greatly increased attendances at club and international matches were impressive. This was epitomised by the growing importance of the Home Nations Rugby Championship throughout the decade. 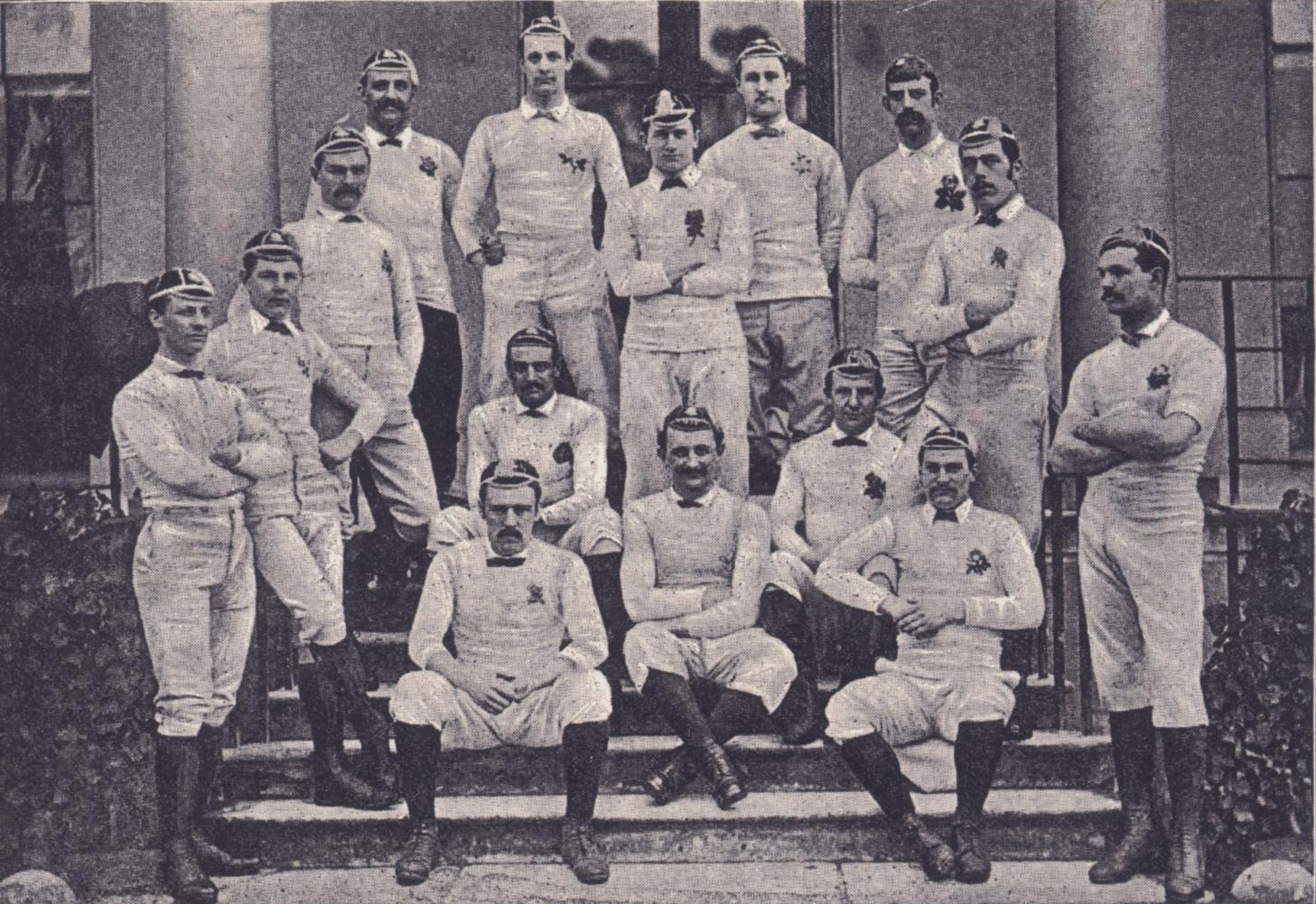 The first championship involving all four home countries had taken place in the 1882-83 season. England won the first two titles outright thereby claiming their first Triple Crowns but Scotland soon recovered and, after sharing the title in 1886, won the championship outright in 1887. Politics played its part even at such an early stage in rugby's history and England took no part in the 1888 and 1889 championships. Ireland made a distinctly shaky start and lost nine consecutive matches between 1883 and 1887 and, although Wales' record looked more impressive, both Ireland and Wales won only 3 of their first 16 matches between 1883 and 1889. England and Scotland were the dominant teams and their annual clash for the Calcutta Cup had become the most eagerly awaited fixture of the season by the end of the 1880s. The 1890 Championship saw the introduction of points scoring with a try valued at 1 point, a conversion 2 points and a drop goal or goal from a mark 3 points. The Scottish Rugby Union however chose to go its own way and award 2 points for a try although as it turned out this did not change the destination of the championship as the points margins were not affected by the difference in scoring values. On February 1st 1890 at Cardiff Arms Park Wales met a Scotland side captained by the gnarled Edinburgh Academicals veteran winger Bill Maclagan in his final season. A young full back destined to be one of the rugby greats, Billy Bancroft of Swansea, was brought into the Wales side to win his first cap. He replaced the originally selected debutant full back, Tom England of Newport, who was injured prior to the match and was never called upon again. Bancroft was to win 33 consecutive caps, captain Wales on 11 occasions and play in every single match for Wales between 1890 and 1901. 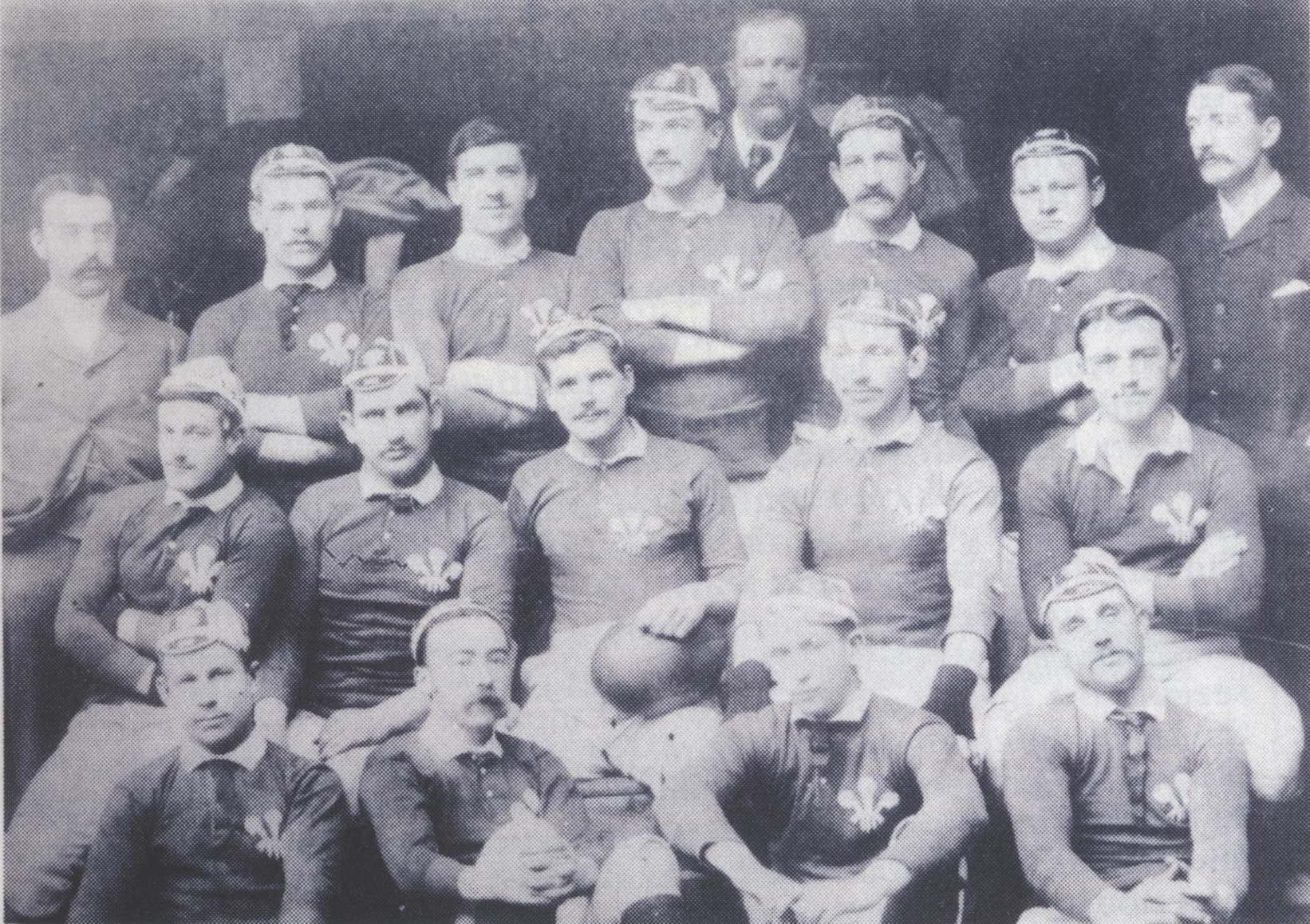 One other "great" made his debut in the 1890 Championship and become one of the most photographed sportsmen of the decade. The powerful and mobile Cambridge University and Somerset forward SMJ 'Sammy' Woods, already an Australian test cricketer as a formidably fast bowler, won the first of his 13 caps for England against Wales before going on to play test cricket for England in South Africa in 1896. The 1890 Championship was shared between England and Scotland with two victories each although England won the Calcutta Cup in a fierce encounter at Raeburn Place. Matches were also social affairs which occasionally spilled over into hostility during and after matches. Following the 3-3 draw between Ireland and Wales in Dublin in March, nine of the players appeared in Dublin Court the next day charged with 'riotous' behaviour following the post-match dinner. The 1891 Championship was won convincingly by Scotland who scored 14 tries in their three matches. Their forwards with John Boswell at the helm proved too powerful for their opponents and the inclusion of 5 players from London Scottish for their 15-0 demolition of Wales gave their team added heft. With their charismatic centre Arthur Gould away on civil engineering projects with his brother in the West Indies, Wales struggled throughout and won only one match. Ireland had a dreadful season losing all their matches and conceding 11 tries, but two new players, the centre Sammy Lee and the forward Charles Rooke, gave a glimpse of a brighter future for the Ireland side. 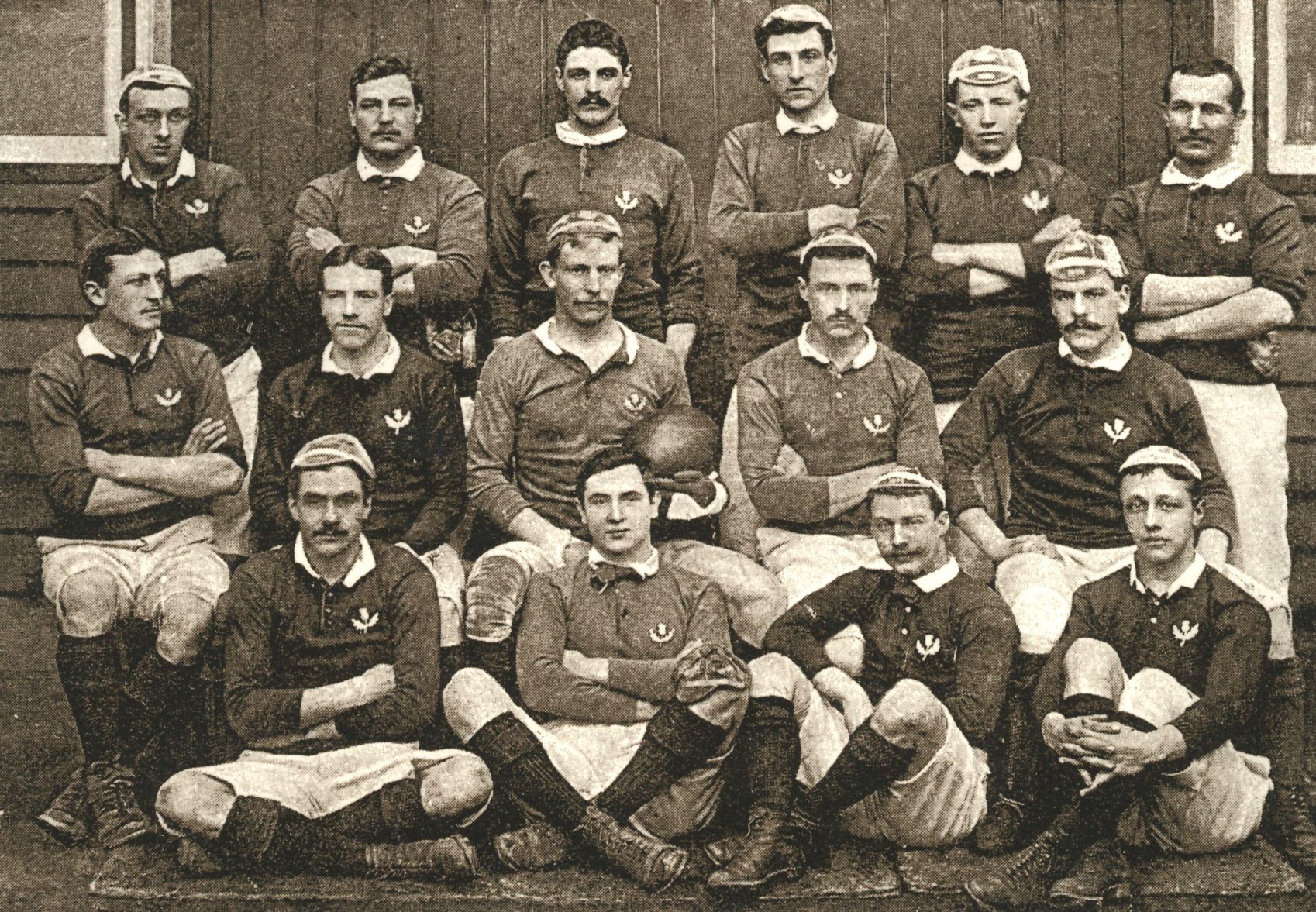 In 1892, England overwhelmed a promising Welsh side 17-0 at Blackheath with 8 new caps and 11 players from northern clubs and went on to complete a clean sweep inspired by their talismanic three-quarter Dicky Lockwood from the Yorkshire club Heckmondwike. Highly elusive and a superb ball-player and kicker, Lockwood won 14 caps between 1887 and 1894 and became England's record points scorer before becoming the first high profile English player to turn professional in 1895. Arthur Gould had returned to Welsh rugby for the 1891-2 season but it was in the following season that Wales with Gould as an inspirational captain finally turned the corner. After victory over England secured by a famous Billy Bancroft drop goal kicked in the closing minutes of the game, Wales went on to win the Championship and the Triple Crown by beating Ireland 3-0 in March 1893 at Stradey Park in a tight contest witnessed by 15,000 thrilled spectators. This was the last international match in which any side fielded 3 three-quarters and the extra three-quarter undoubtedly helped Wales to their triumph. Ireland finally fulfilled their promise in 1894. Although they only scored two tries in their 3 games, their powerful pack with players such as Tom Crean - destined to win a Victoria Cross in the Boer War - the Lytle brothers, John O'Conor and Charles Rooke proved too strong for the other countries. A try was now worth 3 points, but the rising significance of the penalty goal was highlighted by the penalty kicked by John Lytle in the 10th minute of their final match against Wales in Belfast. It was the only score of the match and sufficient to bring Ireland their victory and the Triple Crown. By the end of the 1893-94 season 30 matches had been played in the Championship in the five tournaments since January 1890. The advent of Wales and Ireland as equal partners in a genuine four-way championship had ensured that all four countries had won the Championship outright. The Scot Bill Maclagan was the leading cap-holder with 26 caps and Dicky Lockwood of England with 28 points and John Boswell of Scotland with 26 points were the leading points scorers. Both Lockwood and Boswell had scored five tries each. Audiences had also risen from around 45,000 watching the six matches in 1890 to around 74,000 in 1894. Another dimension had entered the burgeoning world of rugby. Increased newspaper match reports, photographs, the two editions of Reverend Frank Marshall's book "Football - the Rugby Union Game" in 1892 and 1894, and early marketing devices such as cigarette cards had ensured that players such as Arthur Gould, Billy Bancroft, Sammy Lee, Dicky Lockwood and Sammy Woods had become household names. But there were dark clouds looming for rugby union and the crowd-pulling ability and expectations of star players was to have a major impact on the development of the game of rugby in the final five years of the 19th century.

Read Part 2. About the Author - A professional musician and arts administrator, Richard Steele has had a life-long love of sport. He has been on the committee of the World Rugby Museum at Twickenham since 2005.