The semi-finals of the second Rugby World Cup held in Britain and France in the autumn of 1991 featured two clashes between historic rivals. On Saturday October 26th England beat Scotland narrowly by 9-6 at Murrayfield through a drop goal from their fly half Rob Andrew with seven minutes of the match remaining. It was the 108th clash between the two old adversaries and, as so often in these matches, the power of the English pack secured the day for England and ensured their position in the Final a week later. The other semi-final between New Zealand and Australia took place a day later at Lansdowne Road in Dublin and was no less steeped in history. It was the 93rd match between the All Blacks and the Wallabies and in recent years these fixtures had become very close contests. Both sides had fought hard to reach the semi-finals and Australia had needed a last minute try by their fly half Michael Lynagh to beat Ireland in a thrilling quarter-final at Lansdowne Road a week earlier. Some of the leading players of their era played in this semi-final. The All Blacks had the power of John Kirwan on the right wing, the game management and metronomic kicking of Grant Fox at fly half, a powerful front row with Scott McDowell and Richard Loe on either side of their hooker Sean Fitzpatrick, their captain Gary Whetton and Ian Jones in the second row and Alan Whetton and Zinzan Brooke in the back row. Only the full back/winger Terry Wright and the wing forward Michael Jones were missing, the latter because his religious beliefs prevented him playing on a Sunday. 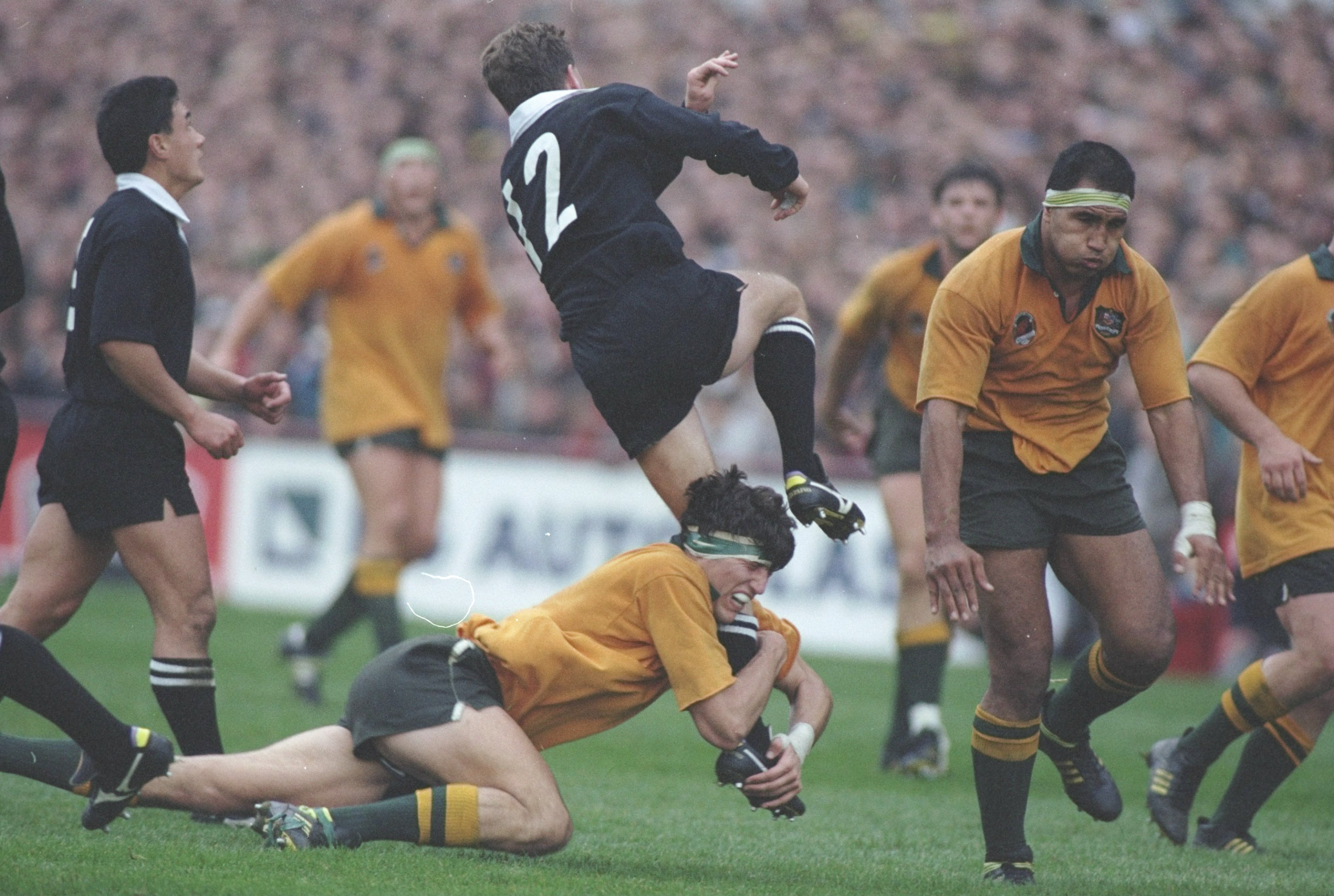 Australia had a side touched with genius in the back line. The great winger David Campese had been in peerless from throughout the tournament and the Wallabies had arguably the two best young centres in world rugby in the Queensland pairing of Tim Horan and Jason Little. The half back combination of Michael Lynagh and the captain Nick Farr-Jones, both veterans of the Wallabies Grand Slam tour of the UK in 1984, had been crucial to their victories in recent years. Their pack was strong and very mobile with the young lock John Eales in his first season in the Wallaby side. Simon Poidevin, another 1984 veteran, was a crucial cog in the side and he was accompanied in the back row by the immensely strong Tongan born Viliami (Willy) Ofahengaue. After the limited and tryless rugby produced at Murrayfield the day before, this semi-final is remembered as a classic match. Australia played very well throughout and took the lead in the sixth minute with a sensational try by David Campese. He came in from the right wing, received the ball just inside the 22 metre line from Farr-Jones after a ruck and ran diagonally from the centre of the field to the left hand corner past John Kirwan to score the opening try. Lynagh could not convert but this did not dent Australia's confidence and they continued to dominate play. 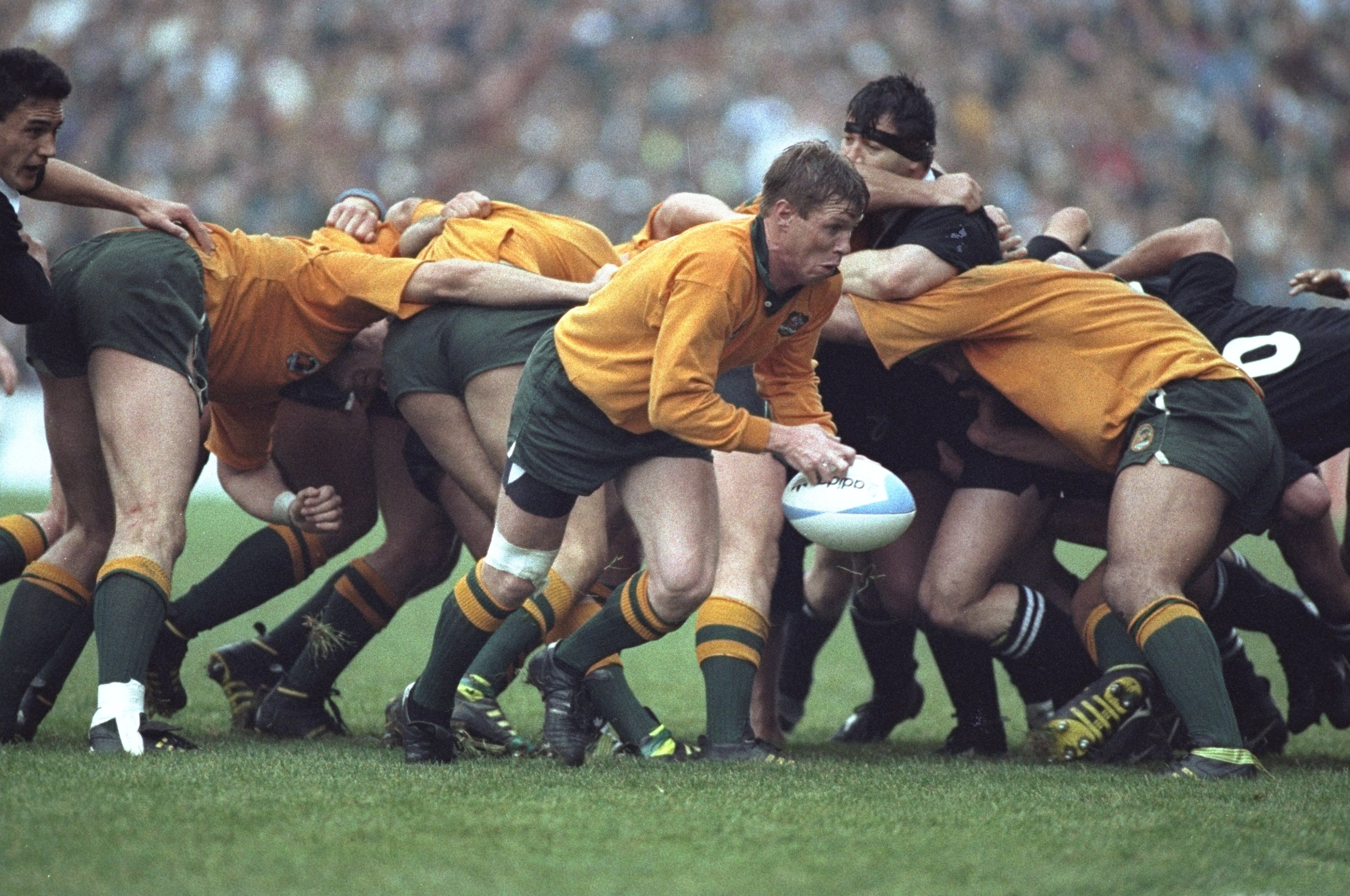 Lynagh's kicking was variable and he missed three penalty attempts before kicking an easy one in front of the posts after an All Black three-quarter strayed offside. With Australia's lead at 7-0 and with six minutes to go to half-time, they scored a second try that has been replayed countless times on TV and video. Campese caught a kick ahead from Lynagh and then turned the All Black left wing John Timu and the full back Kieran Crowley inside out before flicking a pass over his right shoulder to the supporting Tim Horan outside him who went on to score. Lynagh converted and the Wallabies led 13-0 at half-time. The All Blacks had it all to do in the second half and they tried everything they could to break down the implacable Wallabies defence. Fox kicked a penalty after two minutes of the half and their pacy scrum half Graeme Bachop gave them much needed momentum, but no further score resulted. Lynagh then stretched Australia's lead to 16-3 by kicking a penalty after a head-high tackle on Rob Egerton, the Wallaby left wing midway through the half. The All Blacks continued to attack relentlessly with the immense strength of John Kirwan to the fore but they could not pierce the Wallaby defence. Fox kicked a second penalty goal with nine minutes to go but there was no way back and Australia emerged deserved winners to face England in the Final at Twickenham a week later. 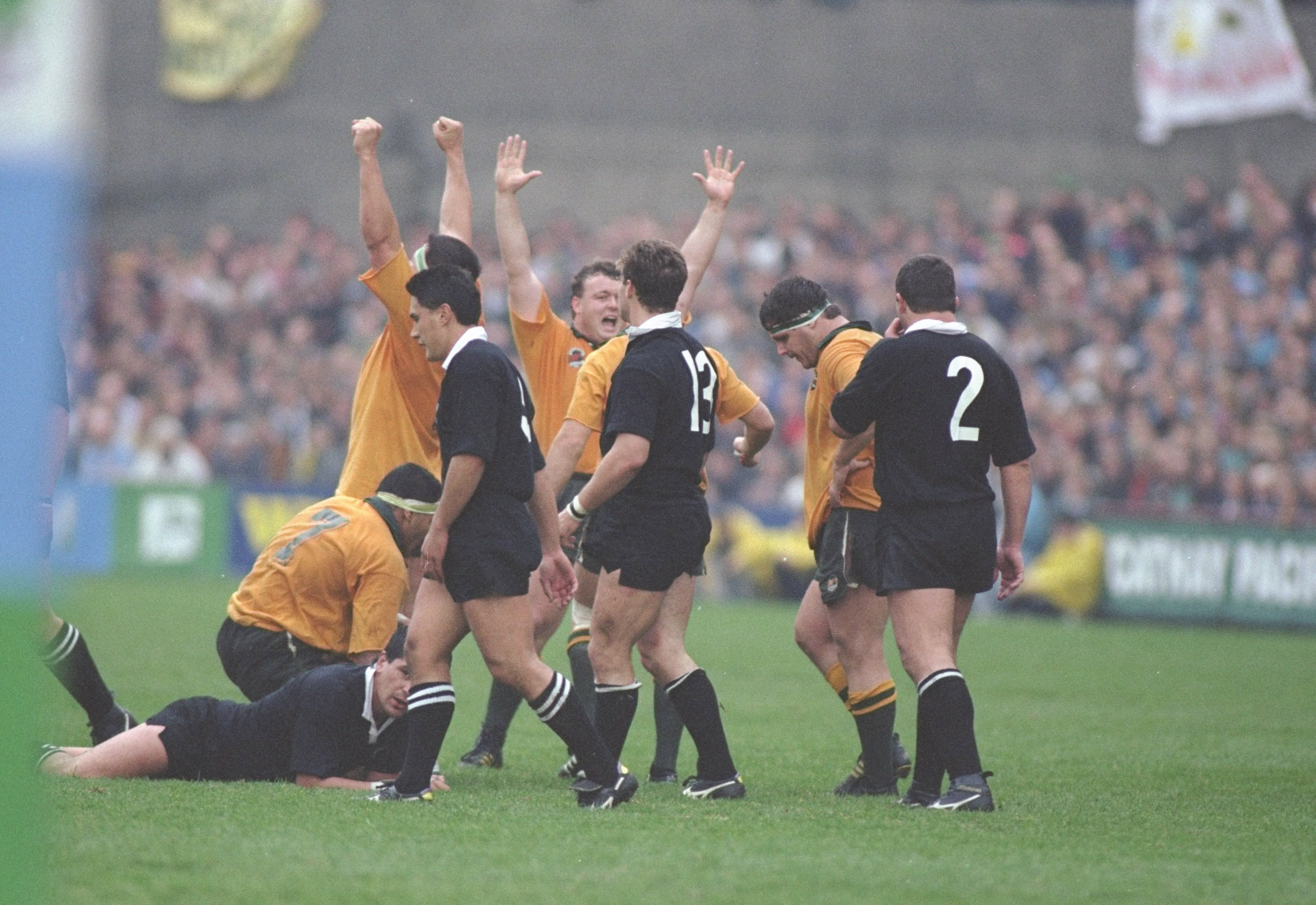