As you enter the World Rugby Museum, on your right there is a quote attributed to Lord Ferrier, in a speech he gave to the House of Lords in 1969:

'…Rugby football, this superb game which, if not actually a religion is, to many at least, a way of life…'

Of course rugby is not actually a religion but it does have at least one religious monument and that is located in Kyoto, Japan. The Shimogamo Shrine is a designated UNESCO World Heritage Site that dates from the 6th Century. It is described in the Japanese origin myth as the final resting place of Yatagarasu, the three legged crow, who guided Japan's first Emperor to his place of residence at Yamato. 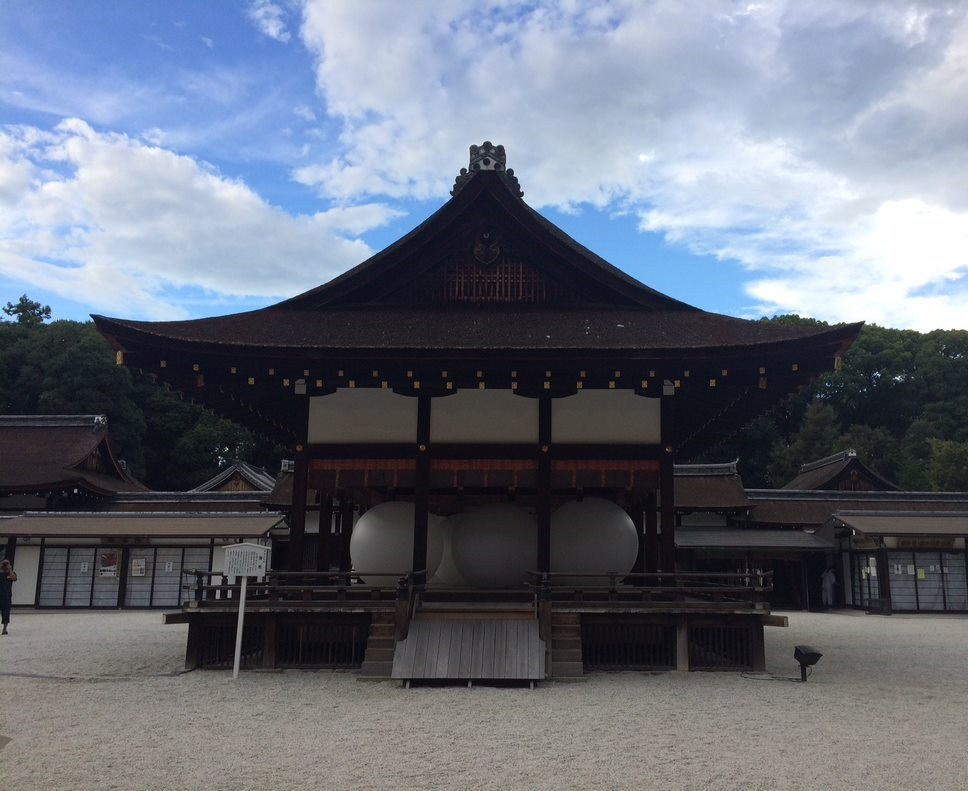 Today Shimogamo is a significant Shinto sanctuary that contains one of the most unusual subsidiary shrines in all of Japan, a Shinto shrine dedicated solely to rugby union. The reason for this divine tribute to the sport lies in an event that took place in 1910. Having formed a rugby team in 1899, Keio University set about spreading the gospel and arrived in the Kansai region to educate their contemporaries at Kyoto University. Unable to find a suitable field the students took a ball down to the Shimogamo Shrine and embarked on the first rugby game to be played by Japanese natives in all Kansai. Years later, in remembrance of their act, the former students returned and unveiled an engraved boulder that recorded their deed. More recently local resident Demi Sakata has led a campaign to develop the site into a permanent sub-shrine, or Sawatasha. Sakata is well known in the rugby world as the winger who put four tries past the New Zealand u23 side in 1968. The rugby shrine features a non-traditional Shinto bell in the shape of a rugby ball and visitors are permitted to write and hang wishes on rugby-ball shaped wooden plaques known as Ema. The site has become popular with young rugby players and fans who wish to confer luck on their team.

In 2017 the Shimogamo Shrine was the site of the official draw for the Japan 2019 Rugby World Cup. As the Rugby World Cup descends on Japan, the shrine will be busy with visitors. Non-denominational fans from around the world will be welcomed, and those who want their teams to have a successful tournament might be wise to pay a visit to this unique destination, steeped in culture, myth and a love of rugby.