If you are a supporter or follower of rugby or just have a general interest in the game, a visit to where the game first started - the town of Rugby in Warwickshire, central England - will be of real interest. For many of the thousands of visitors that do come to explore from across the world, it is an enlightening experience. And for the most ardent of rugby followers and enthusiasts, it is a pilgrimage of sorts and one of those places to tick off your proverbial bucket list. So call it a mini-tour as it were, here is a guide to five rugby places to visit in Rugby. The first port of call has to be Rugby School, the place where rugby all began. 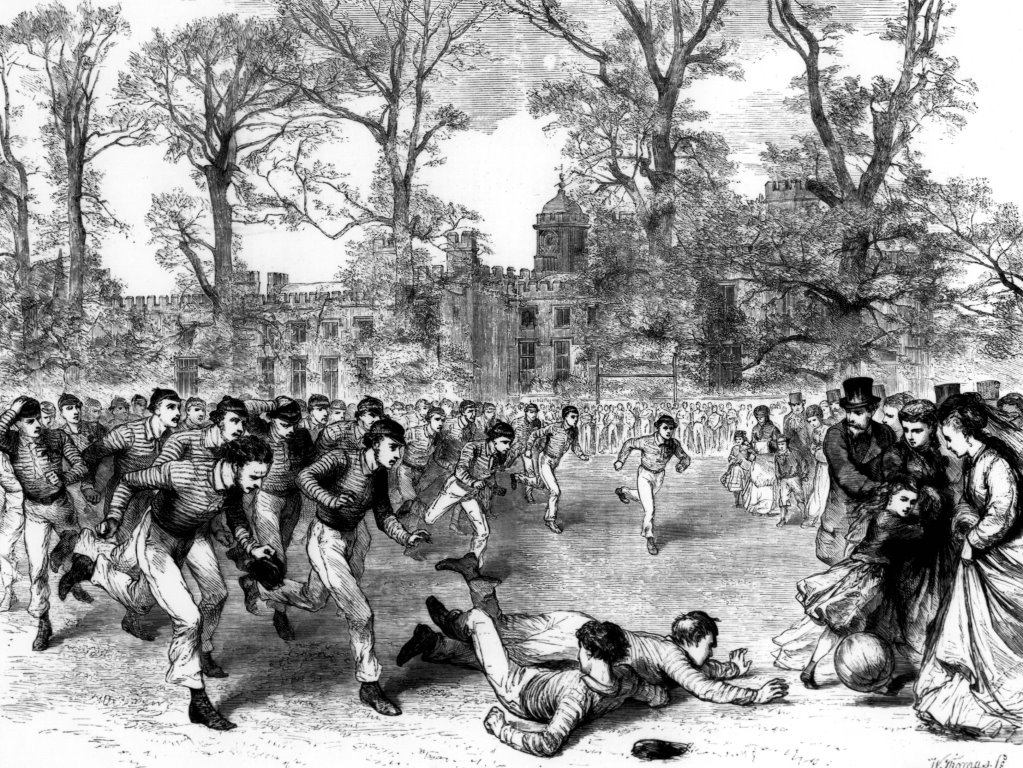 For several centuries, the histories of Rugby and Rugby School have been inextricably linked. Walk through our town streets and in and around the buildings of Rugby School just as the pupils and tutors go about their daily lessons and you will soon begin to feel the energy, atmosphere and buzz that emanates from these historic surroundings. Prepare to find yourself delving into the origins of the sport, to where and how it all started, the history of the characters that shaped the game we know today, and the profound uniqueness of the town's connections. The game of rugby which is now played and appreciated by millions all began at Rugby School way back in 1823. It was here during a football match on The Close that one of its pupils, William Webb Ellis, is said to have broken with tradition and 'with a fine disregard of the rules' picked up the ball and ran with it, in doing so creating the game of rugby football. [Ed - Although there are many schools of thought on this topic!] For rugby enthusiasts, a glimpse of The Close and the very ground on which the sport was first played is a particular highlight. Have your camera at the ready as if you are lucky you may even get chance to see a game or training in progress. Some teams come from all over the UK and even from overseas to train all against the distinctive backdrop of Butterfield's Chapel.

To get even closer, don't pass on the opportunity to take a tour of Rugby School for chance to view its impressive buildings and museum, and of course the hallowed turf of where the game first started. A tour of the school with one of their knowledgeable tour guides is a 90 minute experience not to be missed. There is chance to wander round the charming museum which is home to a wealth of Rugby School artefacts and information. Step inside the former coach house and experience the nostalgia of school days dating back to the 18th century, complete with top hats, birching stool and cane. As you may expect, sporting memorabilia features highly and there are ancient rugby balls, an original 'death cart' used to trundle away injured players, and the very first 'caps' from the game's beginnings. The décor and exquisite stained glass windows of the Butterfield-designed Main Chapel are spectacular, whilst you cannot help but feel the atmosphere of the 200 year old Old Big School where the pupils' original carvings still remain on the wood panelling. Likewise, the 'birching tower' is a fine sight, as is the delightful arched Old Quad. For the adventurous, the winding stone stairs to Upper Bench with its balcony library crammed with ancient books and old carved desk lids covering the walls is well worth the effort. Tours are available every Saturday or on other days by prior arrangement. Group tours are available when booked also by prior arrangement and can be tailor-made for specific groups. Don't forget about the Rugby School Shop which contains a range of books, greetings cards, Rugby School memorabilia including pens, mugs and ties, and of course rugby balls. 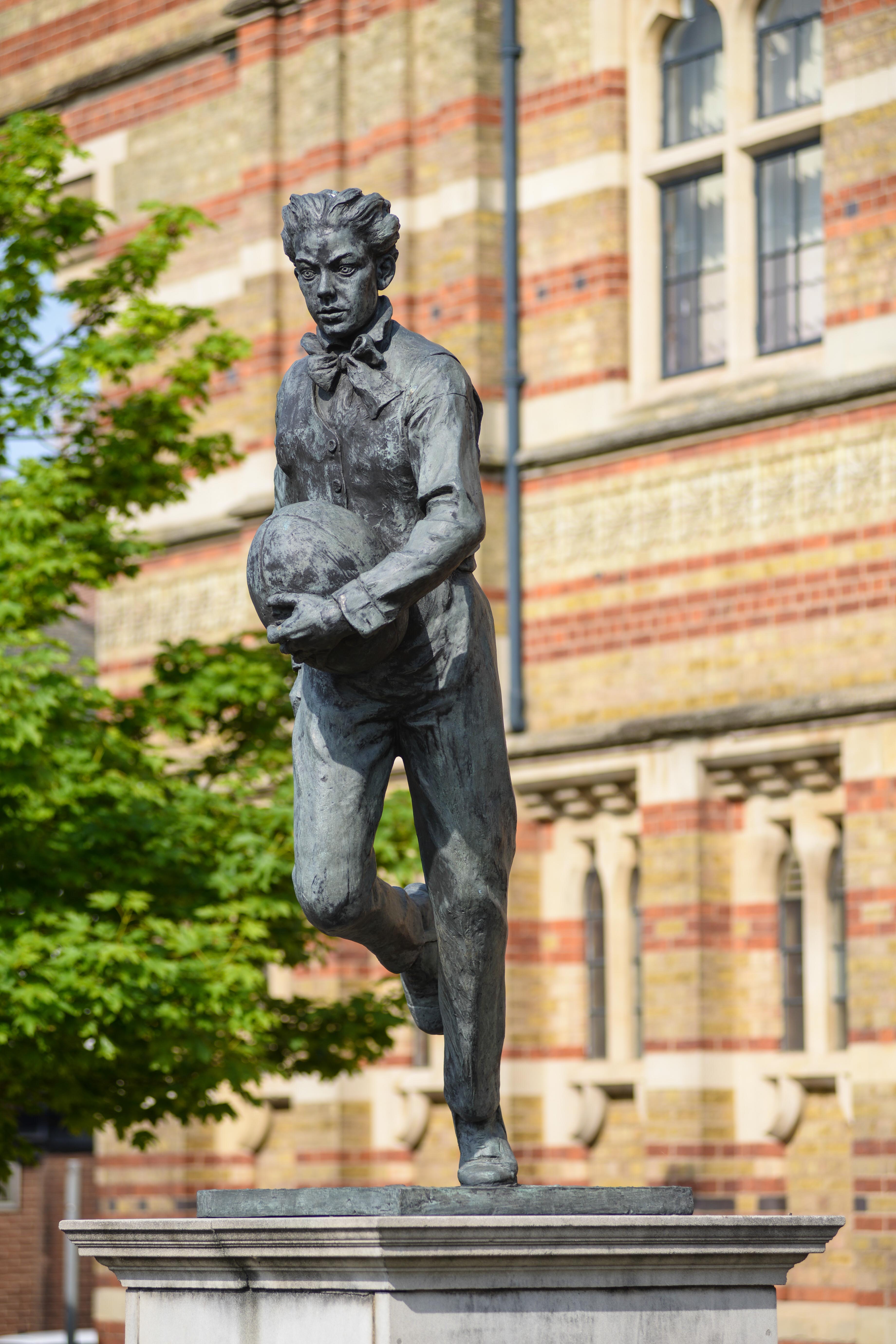 From Rugby School and The Close, it is only about 100 yards to the next stopping off point, the William Webb Ellis statue. This elegant statue of William Webb Ellis stands in the shadow of Rugby School, and was commissioned after a worldwide appeal and is a fitting tribute to Rugby's most famous son. If there is ever a photo opportunity - or chance for a 'selfie' - this is it. Across the road from the statue is your next stop, the Webb Ellis Rugby Football Museum (formerly Gilberts). The Museum is situated opposite Rugby School in the original building where boot and shoe makers William and then James Gilbert, made the first rugby footballs in 1842. As a result, the museum has the distinction of having longest continuous association with the game of rugby in the world. And it is free to enter too. 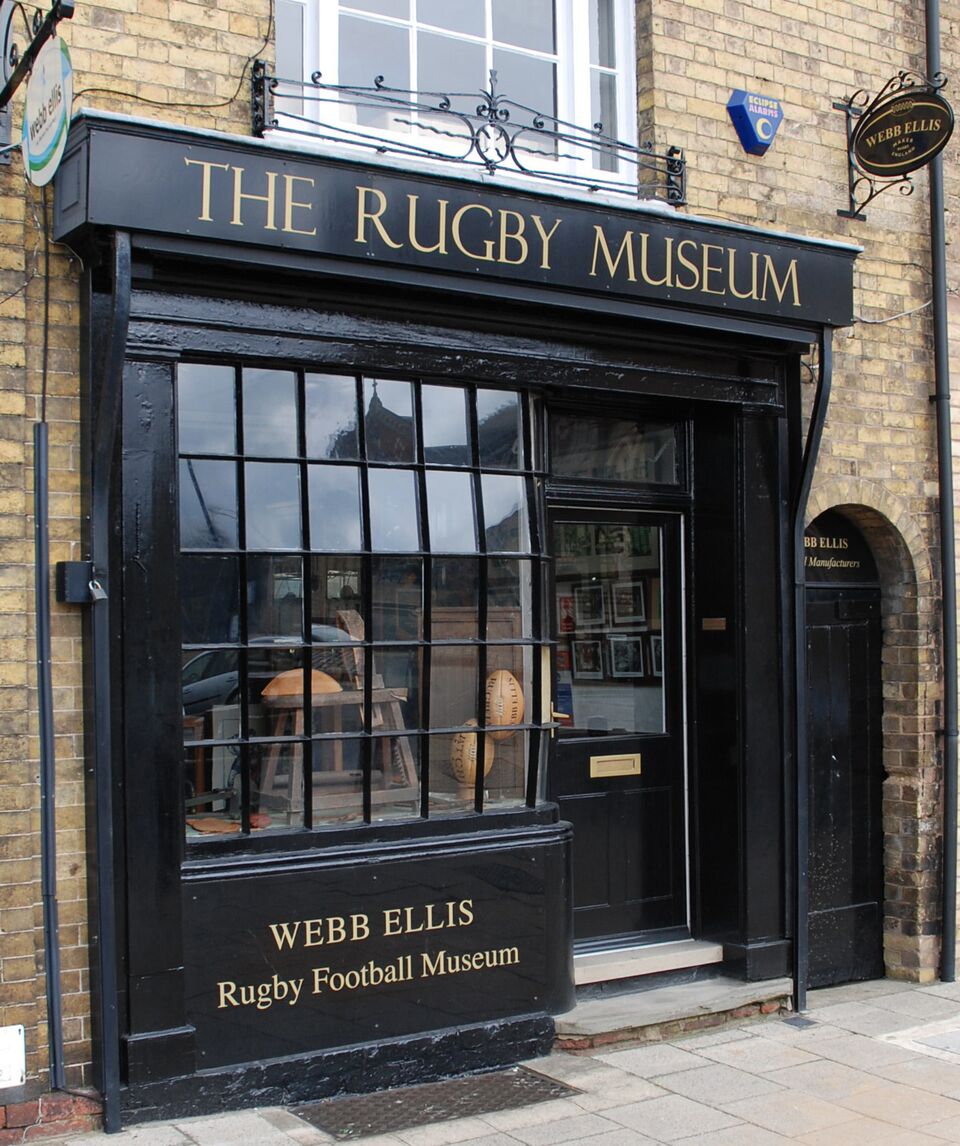 The collection here is displayed in four themed areas which include the origins, the players, the game and the ball. Visitors can find out about the traditional manufacture of the rugby ball from its origin as a pig's bladder to its highly advanced and technical production which today serves rugby nations and clubs worldwide. The Museum is also home to a vast collection of rugby-related items and memorabilia including a wealth of photos, match programmes, ties and artefacts of every description from all over the globe. Plus a considerable collection of memorabilia associated with the Barbarians. From the Webb Ellis Museum, another short walk will bring you to the World Rugby Hall of Fame. Having opened its doors in November 2016, this state-of-the-art museum is a celebration of those individuals and moments that have inspired and developed the game, right from its humble origins around the corner at Rugby School to the worldwide sport we know today. 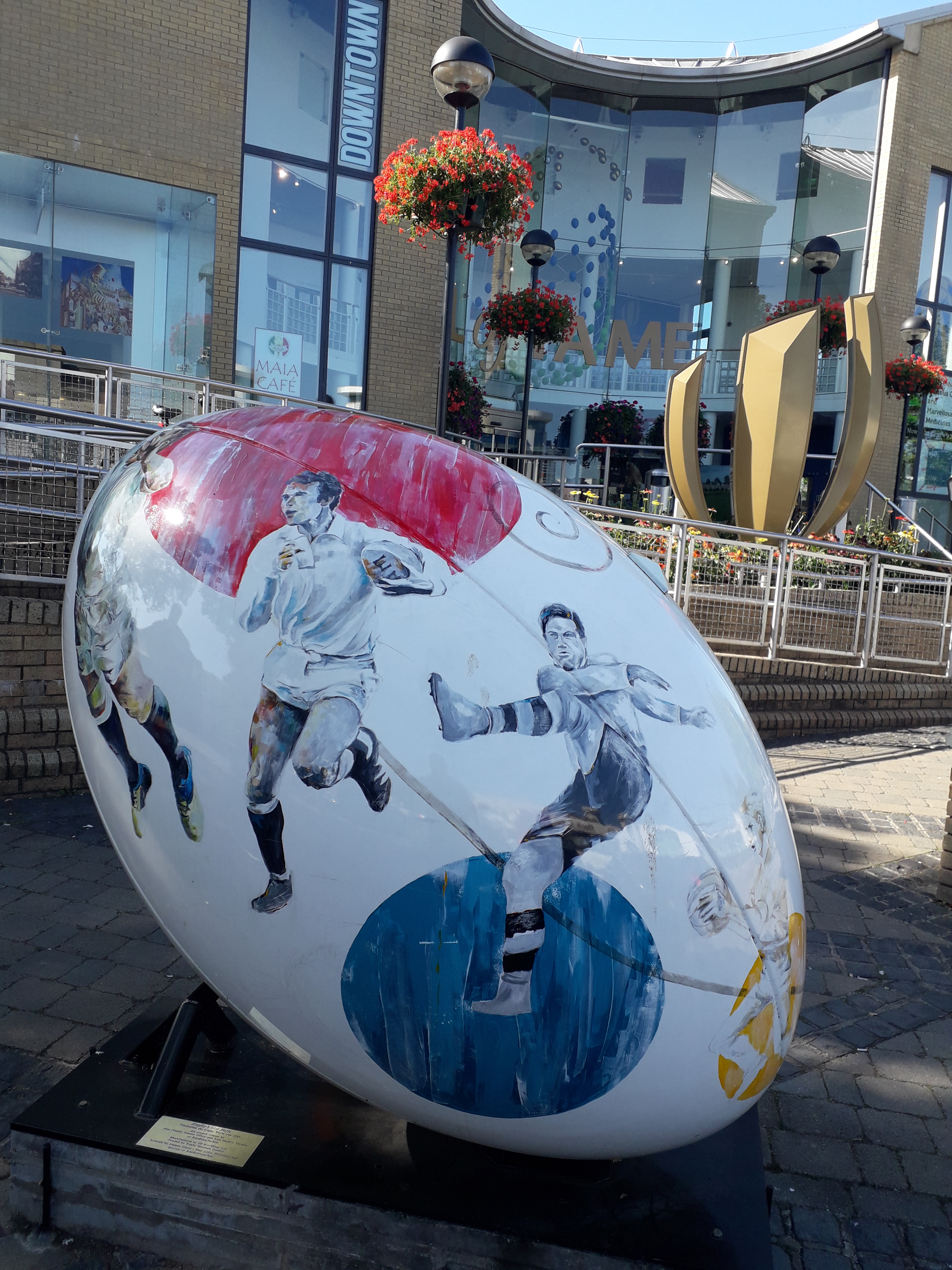 The latest HD touch-screen technology allows you to really get 'hands on to find out about the great players, personalities and pioneers of the game who have been inducted so far into the World Rugby Hall of Fame. Each inductee is celebrated and profiled within a physical experience that is fully interactive, immersive and delivered in multiple languages. There is chance to learn about all 121 World Rugby national unions, understand more about the variations of the sport, and discover the moments that created professionalism, Olympic inclusion and the values that unite the sport from the elite and professional arena right down to community level. The World Rugby Hall of Fame also showcases a collection of fascinating objects associated with the game of rugby, many of which of them donated by unions from across the globe and many of the players themselves. And it is worth getting a group together as groups of 10 or more receive a 20% discount on the entrance fee. To round off your tour of Rugby and all things rugby, head to the place which is officially the Pub of Rugby. The Merchants Inn in Little Church Street was voted the Aberdeen Standard 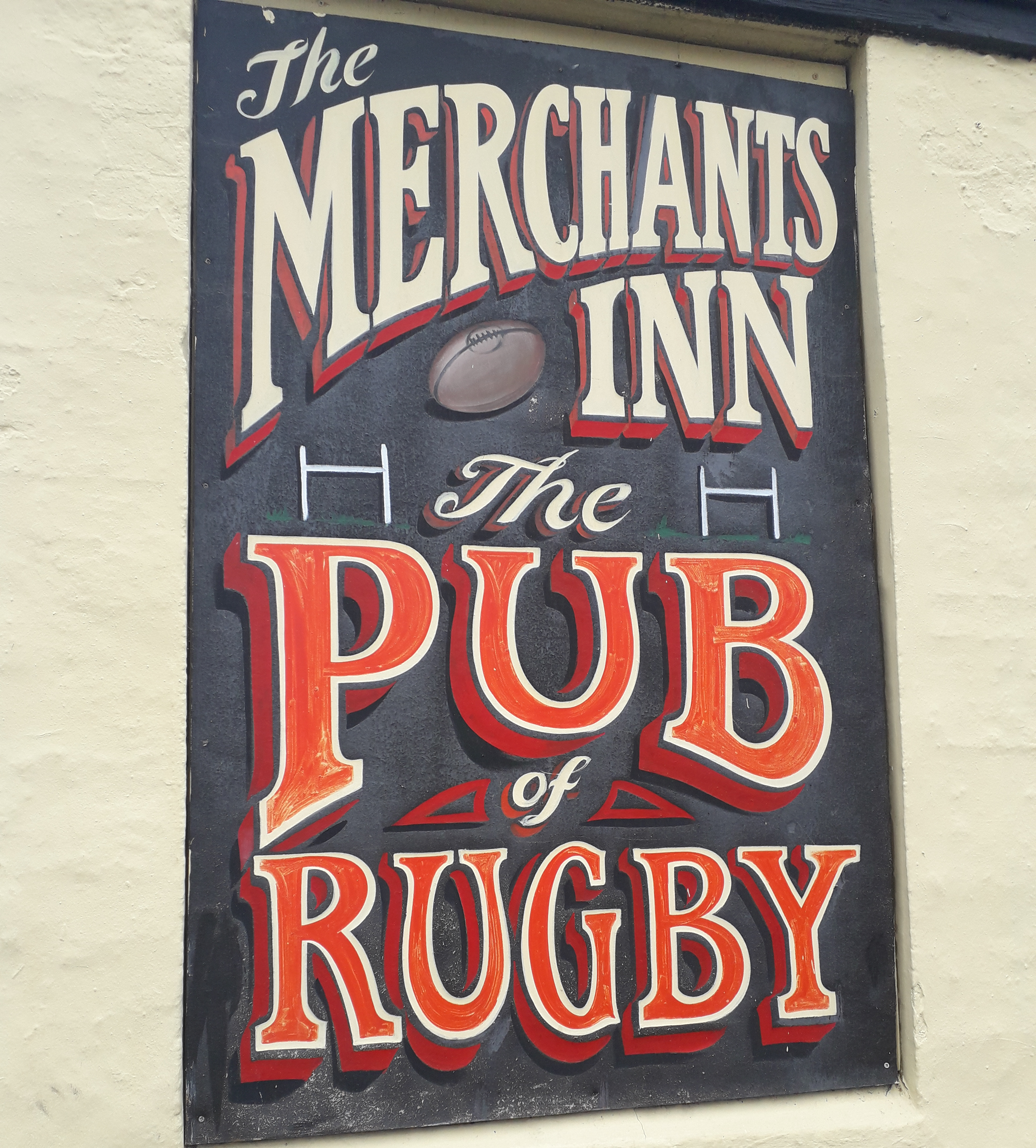 Investments Melrose Sevens Rugby Pub of the Year - the best pub in Britain in which to watch the game of Rugby - in 2018 and 2019. Again it is only a five walk minute away from our previous stop and the short stroll is worth it. You will find decent beer (especially if you are a fan of Real Ale) and a good range of food of offer throughout the week. The locals will soon tell you there's no better place to drink real ale and watch top live rugby, so if you are in town particularly during the Guinness Six Nations, you know where to head to (there is a great deal on offer of tables available with a 36 pint barrel of ale and food for 8 people) So there you have it, five great places to visit and explore all to do with rugby, all of which you will have probably gathered are in very close proximity together and can easily be negotiated in walking distance. For more information about visiting Rugby, head to The Rugby Town website. For information on the sites mentioned:

About the Author - Born and bred in Rugby, Karl Quinney is a freelance travel writer and business copywriter. Having visited many of the world's primary rugby nations over the years, he is now based and lives with his family back in his hometown a short walk from where rugby first began on The Close. Visit his websites: www.karlquinney.co.uk and https://thelandlockedtraveller.wordpress.com