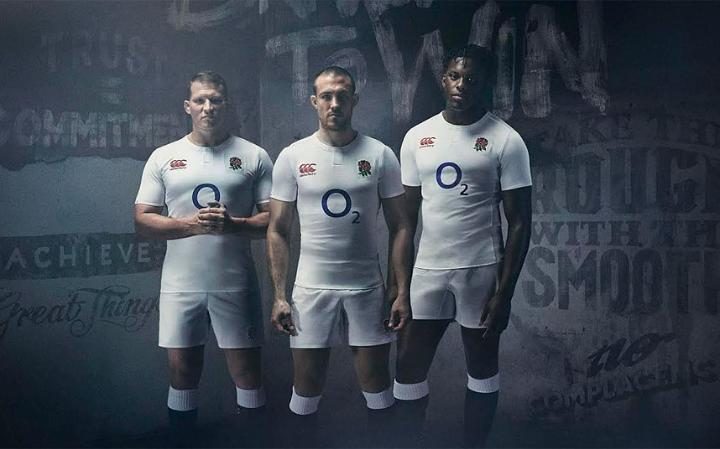 Alf Wright recently made the news as the person who standardised the England rose way back in 1920. In homage to Alf's original design, the 2016/17 England jersey features a patched rose. But who exactly was Alf Wright and why is he fondly remembered by all at the World Rugby Museum?

The following is an extract from Phil McGowan's book 'Twickenham: Home of England Rugby' 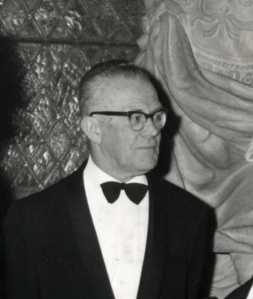 The family of Alfred Robert Frederick Wright moved to Twickenham the same year that the old ground opened in 1909. As a young man Alf took up employment as a clerk with the RFU in 1920. He would remain as an employee and later archivist for more than sixty years. He is credited with having standardised the design of the England rose, which up until 1920 the players themselves had supplied in a variety of shapes and sizes. During the Second World War Alf was called up by the War Office but when hostilities ceased he returned to Twickenham to continue his valuable work. For most of his lengthy tenure Alf resided in 180 Whitton Road and took it upon himself to collect and preserve the ever growing collection of books, photographs and relics that the RFU had been amassing since 1871. In this way, Alf paved the groundwork for the collection upon which the World Rugby Museum would eventually be built. Like many others Alf was convinced that the 1981 South Stand development was a mistake and took particular umbrage at the assertion that the South Terrace was unsafe for spectators. Unsurprisingly over the years he had formed a deep emotional bond with the stadium as it was during its classic phase and saw no reason that such perfection need ever be changed. He recalled the days when players, ex-players and fans alike would share a beer and a story under the clock tower on the South Terrace, a place that he believed encapsulated all that was wonderful in the spirit of rugby.

He therefore took great pleasure when the demolition men wasted two weeks on a variety of futile attempts to deconstruct the famous old Terrace, 'unsafe indeed' he muttered in admiration of workmanship to which he himself had borne witness. Though he could accept that the South Stand development was ultimately necessary, the old West and East Stand were, for him, sacrosanct. Their concave line-hugging design with each seat affixed to a steel rivet, he believed, would last a thousand years and when they were eventually replaced it would have been a moment of great sadness for Alf Wright. The rate of change may explain why, when officials visited him to see what material they might install in the new museum, they discovered 'little of interest'. But today the RFU Archive inside the World Rugby Museum is filled to the brim with relics and books many presented to the RFU and signed by such luminaries as George Rowland Hill, Adrian Stoop, William Wavell Wakefield and Bill Ramsey, each of them a tribute to the meticulous care shown to them by Alfred Wright. Here lies his legacy to a game and a place that he loved.

About the Author - Phil McGowan has been a member of the World Rugby Museum team since 2007. This article is an extract from his book 'Twickenham: Home of England Rugby' available from Amazon