13 March 2017
Jonah Lomu: The day he announced himself to the World The 1995 Rugby World Cup semi-final between England and New Zealand will always be remembered for Jonah Lomu's outstanding man of the match performance. Lomu scored four ruthless tries in the semi-final, swatting away the English defence like flies. England captain Will Carling perhaps best summed up how it felt to play against Lomu: "I am hoping not to come across him again. He is a freak and the sooner he goes away the better." Lomu's performance was heralded around the world with England coach Jack Rowell commenting "Lomu is a phenomenon. He plays a different game." For many observers Lomu had shown the direction the game would take in the professional era with an emphasis on bigger and faster players. At the time there were fears that Lomu would depart Rugby Union to play the already professional code of Rugby League. However, a month after the final, on 26th August 1995, the IRB ushered in the professional era by repealing amateur regulations. 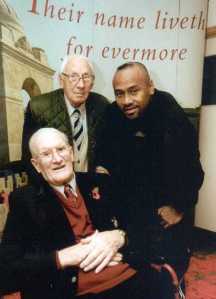 Despite losing the final to South Africa the All Blacks remained one of the most dominant sides of the newly professional era and Lomu went on to make 63 Caps scoring 37 international tries. To this day he remains the Rugby World Cup's joint top try Scorer, tied with Bryan Habana on 15 tries. This is remarkable, given that Lomu suffered from a rare kidney disease, which meant he was unable to train regularly. As for England, who were Grand Slam winners in 1995, several players such as Martin Johnson and Jason Leonard who would go on to play a leading role in helping England win the World Cup 8 years later in 2003. Jonah Lomu introduced himself to the world against England in 1995 in a way that has not been and, with all likelihood, will never be repeated.