Swansea born Dai Gent twice trialled for Wales before being selected for England. A prototype scrum-half at a time when the English were playing half-backs, he memorably partnered Adrian Stoop in the English midfield in the first test-match to be held at Twickenham, in 1910, where England beat Wales for the first time in 12 years. He won 5 caps for England between 1905 and 1910 and in later life became a rugby correspondent with The Times newspaper. 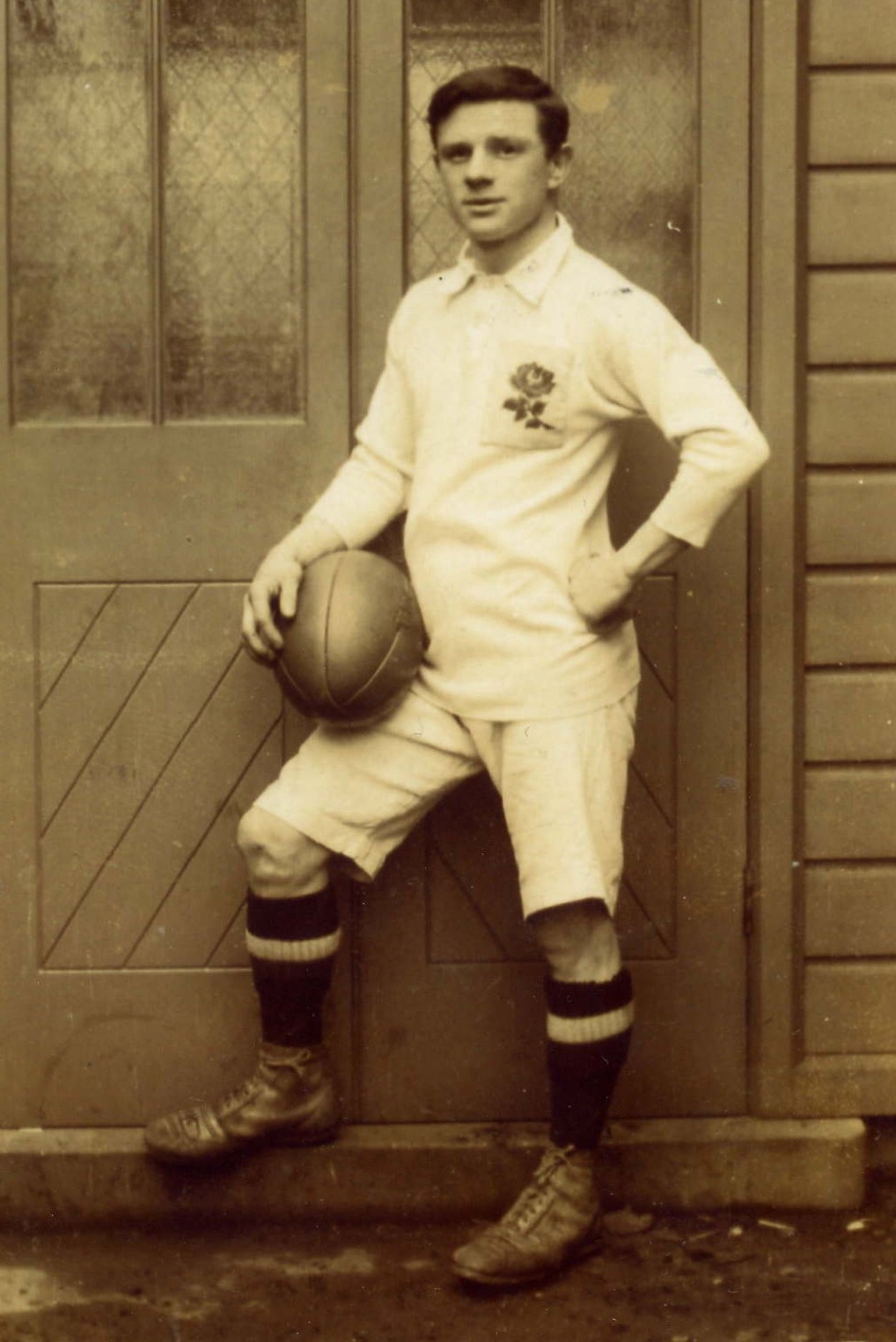 The following extract in which he selects his 'best ever' side is from his 1922 book 'Rugby Football'. I would have everybody who plays Rugby aware that he is the inheritor of great tradition, and so he will find this book liberally sprinkled with the names of those players who, as men whom I played with or saw, were, I think, great enough to be remembered by succeeding generations. I only hope that I have not too readily yielded to the temptation of becoming laudator temporis acti [a praiser of times past]. To show that I have tried not to, I am going to amuse myself for a minute by naming the side that I should choose as consisting of the best men in these positions I have ever seen. This is quite good fun, especially to those of us who have seen a lot of football, and is very provocative of good, wholesome discussion. There can never, of course, be any finality about it, for every age has its heroes and admirers, and few are able to see all the good players who are even contemporary with themselves. But I have had a lot of fun out of this "best ever" side, and these are the men that I have ultimately decided shall play for me: Fullback -

(South Africa). Stoop shall captain it for me, and I should like that magnificent player and tactician, A.F. Harding to lead forwards. And now my friends can get to work and choose the side that they know would give mine a jolly good hiding! So now it's your turn! Submit your All-Star XV to [email protected] for a chance to be featured on the blog.