31 May 2016
Abercrombie, Wilson and the Battle of Jutland by Phil McGowan

In 1889 Great Britain passed its Naval Defence Act. The act instituted a commitment to maintaining naval supremacy by servicing a navy of equal size to both the second and third largest navies in the world. The policy served shipyards well but unsurprisingly contributed to a naval arms race as Britain sought to keep pace with the growth in firstly French and Russian navies and then German and American navies. Between 1907 and 1914 Britain massively increased the tonnage of her navy in response to the challenge from Germany. By the outbreak of war she had assembled the largest (by tonnage) naval fleet ever assembled with 49 battleships of which 29 were dreadnought class. Germany by contrast had produced 18 meaning that a 'safety-first' policy would be adopted in the early stages of the war as Admiral von Ingenhol kept his ships in port under the protection of German sea-ward guns. This suited the British Grand Fleet in Scapa Flow who sought to blockade Germany, keeping their ships from the Atlantic Ocean and depriving the German war machine of steel and their civilians of food. In 1916 the cumulative effects of the blockade in addition to the stalemate on the western front triggered a change in German naval doctrine and Admiral Hipper introduced a bolder 'divide and conquer' approach. British naval intelligence forewarned Admiral Jellicoe of this and on the 31st May the British Grand Fleet left port for the first time during the conflict. Travelling with her were many recognisable faces from the world of international rugby. England's 1913 Grand Slam winning captain Norman Wodehouse was a gunnery officer on board HMS Revenge, one of his successors Lieutenant Commander WJA 'Dave' Davies was on board the fleet's flagship HMS Iron Duke and Lieutenant Commander Harrison was at the head of the British Battlecruiser Fleet on board HMS Lion. Also in the Battlecruiser Fleet was the HMS Indefatigable whose Torpedo Officer was Lieutenant Commander John Skinner Wilson. Wilson a combative forward with the United Services and Navy (1908, 1913) had been twice capped for Scotland in 1909. Both Wilson and Harrison were about to find themselves engaged in the opening salvoes of the largest naval battle in history. Unbeknownst to Hipper British intelligence had cracked the code on German naval transcripts earlier in the war and were forewarned of increased German activity in the North Sea. Hipper's plan was to find and destroy British patrol squadrons and the group of battlecruisers that he located west of Jutland on the 31st May 1916 looked like precisely that. It was the Germans that opened fire first and drew first blood. Lion received nine hits and only the quick thinking of a mortally wounded major, who flooded the ship's magazines before they could explode, kept the ship from sinking. Indefatigable was less fortunate and received five direct hits which ignited her magazine and sent her to the bottom of the sea with a loss of 1017 lives from a crew of 1019. Lieutenant Wilson was amongst the victims. After catching sight of the main German Fleet the remainder of the British Battlecruiser Fleet turned and fled north to where the British Grand Fleet lay in wait, ready to turn the tables on the unsuspecting enemy. At the head of the Grand Fleet was a flotilla of armoured cruisers that included HMS Defence. On board Defence was Gunnery Officer Cecil Halliday Abercrombie. Abercrombie had attended the same HMS Britannia Naval Training School as Wilson and had followed his progress on the rugby field. An energetic, fast and physical player he had been first selected for Scotland in 1910 and scored a try in Paris the following year. He remained in the squad and earned the last of his six caps against Wales in 1913. [caption id="attachment_1323" align="alignnone" width="674"] 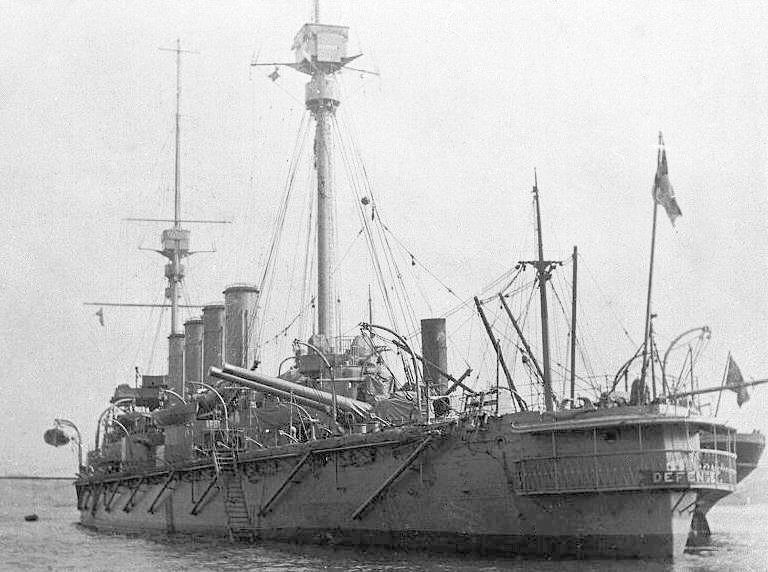 HMS Defence[/caption] Before the main body of the Grand Fleet could engage the enemy Defence had moved in on the stricken SS Wiesbaden. In so doing she opened herself up to attack from five superior German ships. The doomed cruiser received multiple hits and was sunk with a loss of all but ten of the ships 903 man complement. Despite her sinking she continued to fire on the German ships in defiance till the very last and several eye witness accounts claim that it was Abercrombie's turret that remained active right up until the point she slipped beneath the waves. Shortly after the sinking of Defence the Grand Fleet made contact with the German High Seas Fleet. After crossing the T both Iron Duke and Revenge were able to land multiple hits on the outnumbered foe before night fell and smaller destroyers continued the battle in the dark. At the final reckoning of the Battle of Jutland the Royal Navy had succeeded in sinking eleven German ships for a loss of fifteen of her own. In light of such numbers the Germans proclaimed themselves the victors and celebrated a great victory against a previously invincible naval foe. But the loss of Abercrombie and Wilson was not in vain. Despite suffering more losses than the Germans the British Fleet had done enough to maintain the status quo. The blockade continued and the German High Seas Fleet was so weakened that she did not venture forth from port again. [caption id="attachment_1328" align="aligncenter" width="220"] 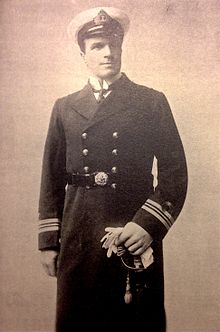 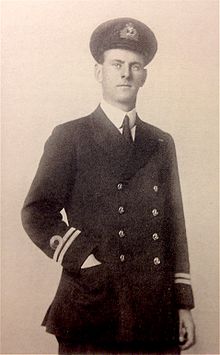 Cecil Halliday Abercrombie, Scotland[/caption] About the Author - Phil McGowan had been a member of the museum team since 2007. He has written two books and is currently researching a third about the contributions of English rugby players to the First World War.