On 9th May 1945, the Channel Islands were liberated by British forces following five years of German occupation. During that period, one object - now in the World Rugby Museum - had a particularly lucky escape. On the 75th anniversary of liberation, we bring you the story of the Siam Cup, a trophy with a secret. 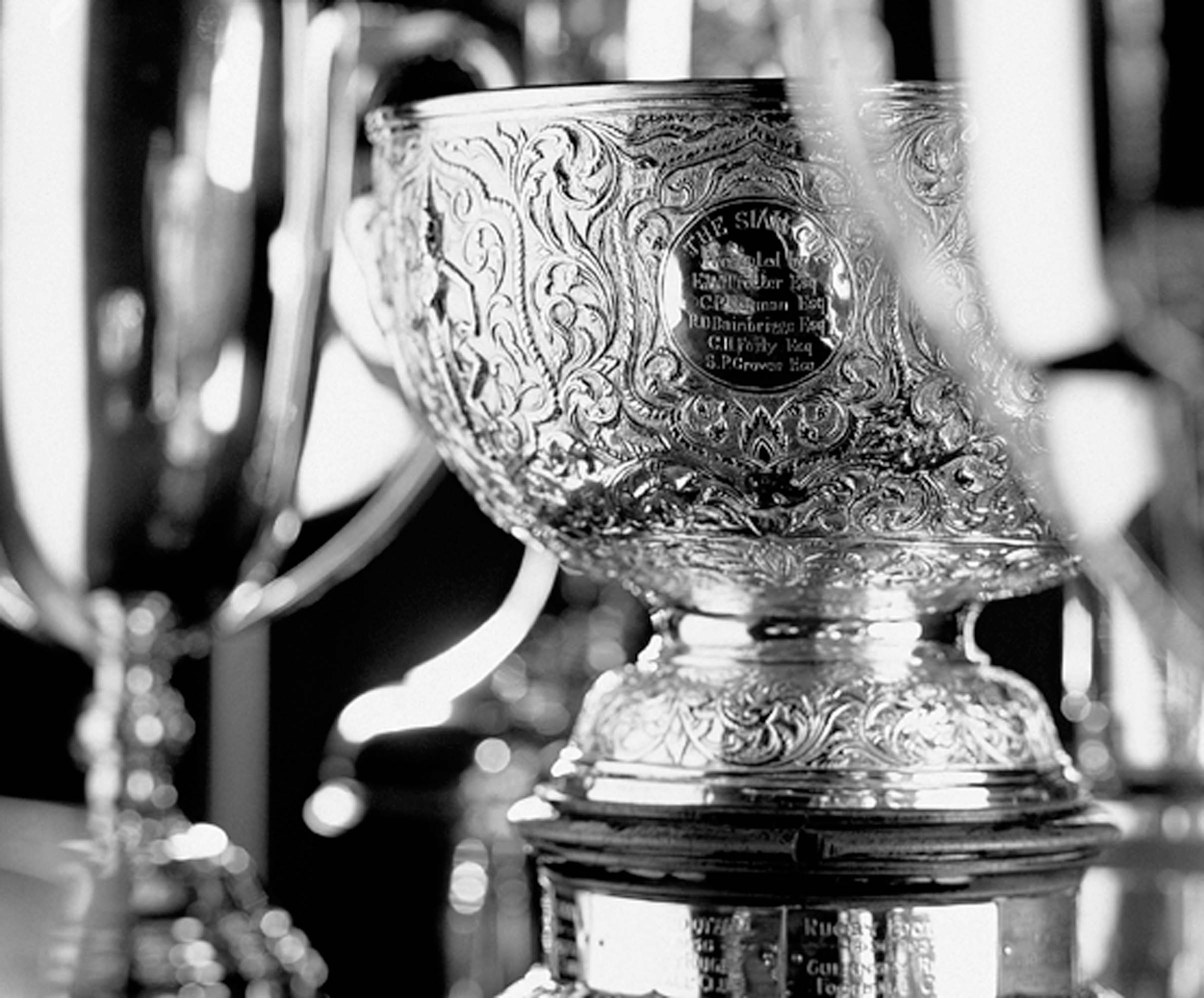 The Siam Cup is the second-oldest contested rugby trophy after the Calcutta Cup. It is a circular rose bowl made of Siamese silver and set upon an ebony base, altogether measuring 32cm in height with a 27cm diameter on the silver bowl. The silver is intricately decorated with figures of dancing girls and elephant heads. Around the base are silver plaques engraved with the cup winning teams since 1920. The Cup was brought to the Channel Islands by Lieutenant-Colonel Forty, an officer who served in Siam (Thailand) with the Durham Light Infantry in the early 1900s. He and four fellow officers, all educated at schools in the Channel Islands, wished to re-establish an old rugby competition between Elizabeth College in Guernsey and Victoria College in Jersey. They hoped that the donation of a new trophy might incentivise the reintroduction of rugby to schools. The son of the King of Siam was also serving in the regiment and became friends with this group of officers. When crowned King Rama VI of Siam in 1910, it is believed that he gave permission for Siamese coins to be melted down and recast by the Royal Silversmith to produce the trophy. He then presented it to the officers as a token of friendship. Forty brought the Cup to Guernsey in 1920 to be played for annually between old rivals Victoria College and Elizabeth College. When the two schools stopped playing rugby again, it was decided that the Cup would be contested by the two island rugby clubs - Jersey RFC and Guernsey RFC. The Siam Cup was first presented to the winners of this fixture in 1935. The Cup continued to be contested on a yearly basis, with the two clubs taking turns to host the event. During the Nazi occupation of the Channel Islands from 1940 to 1945, German forces attempted to seize items of silver that could be melted down to fund the Third Reich. The Siam Cup must have been very well-hidden by the Islanders as it 'disappeared' for the duration of the occupation and did not reappear until liberation. Despite much speculation, there is still no record of the Cup's whereabouts during those years. It was next awarded in 1947 and thereafter continued to be awarded annually to the winning Island. In the 1970s, it was decided that a replica trophy would be awarded in place of the original Cup, now fragile with age. The original is on long-term loan to the World Rugby Museum, where it is now part of our Sport of Empire and the World gallery. Whilst the Siam Cup is, undoubtedly, a trophy with a story, quite how it survived is still something of a mystery.

SPECIAL EXHIBITION - Rugby and the Olympics

Ahead of the 2020 Olympic Games, the World Rugby Museum is pleased to announce our special temporary exhibition Rugby and the Olympics.
Read More

The Return of the Springbok Girl

One of the World Rugby Museum’s most beloved paintings has returned home after a long term loan period in South Africa and to celebrate we thought that we would share her tale with you...
Read More