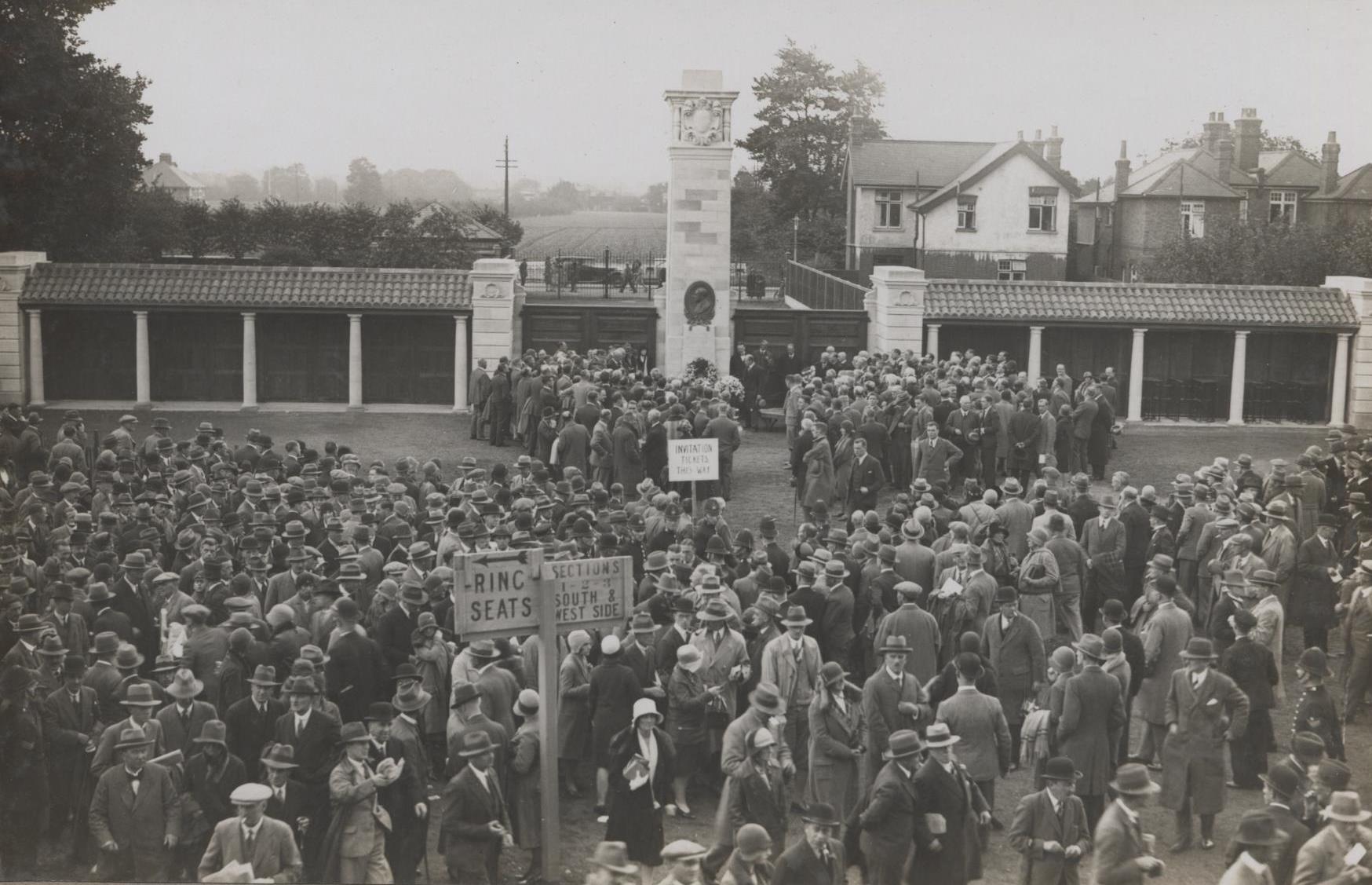 The Rowland Hill Memorial Gates were first unveiled in 1929 to commemorate the life of Sir George Rowland Hill, at the time rugby's most famous administrator, who had died the previous year. Rowland Hill became secretary of the Rugby Football Union in 1881 and was at the helm in 1895 during the game's most turbulent period. In August of that year 22 clubs ceded from the union in order to establish a rival professional code in an event that has come to be known as 'the Great Schism'. The 'Northern Union' later became 'Rugby League'. Hill's strict adherence to the principles of amateurism ensured Rugby Union's status as an amateur sport for the next hundred years. In 1927 he became the first person to be knighted for his services to rugby union. Throughout the 1920s war memorials had been unveiled across the United Kingdom and Rowland Hill's memorial was unveiled in a similar spirit. Several hundred people turned out to lay wreaths in advance of a specially organised 'England and Wales' v 'Scotland and Ireland' match.

Initially the gates were located in the south-west corner of the ground, over a track leading on to Whitton Road. The route had served as a farmer's access point to the land before the stadium had been built. In 1970 a Coade stone lion was donated to the RFU by the Greater London Council. The lion was one of three that had stood outside the Lion Brewery in Westminster since 1837. It was placed on top of the central and highest column of the gate and has remained there ever since. Since then many have taken to referring to the gate as the 'Lion Gate'. The lion was given a gilded golden coat in 1991. In 1995 the gates were removed and rebuilt in their present location outside the West Stand. Later the same year four bronze art installations were installed on top of the four side pillars. THE KICKER, THE WINGER, THE SCRUM-HALF and THE FORWARD were sculpted by artist Gerald Laing and cast at the Black Isle Bronze foundry in Nairn.

In 2016 the two oak gates either side of the central pillar, earmarked in 1929 for use only by 'royal and distinguished visitors', will be replaced. Artist Harry Gray's new installation- 'the Poppy and Rose Gates' will reconnect Rowland Hill's Memorial with the interwar period in which it first unveiled. From 2016 onwards the gates will be a permanent memorial to fallen rugby players. Come and see the Twickenham Lion for yourself by visiting the World Rugby Museum and taking part in one of our Twickenham Stadium Tours.