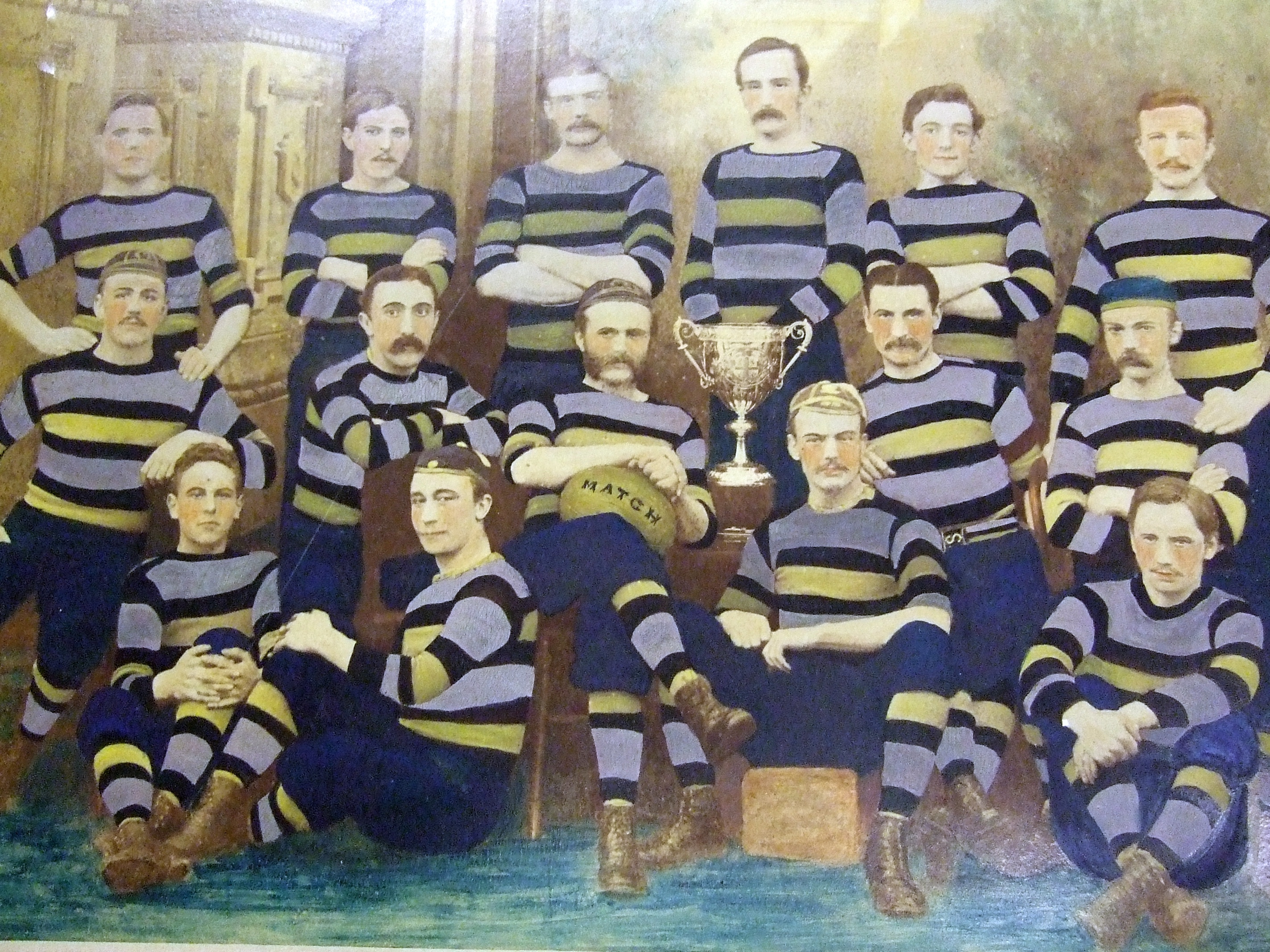 In 1881 Sunderland Football Club was victorious in the first ever Durham County Cup and the club is lucky enough to still have a hand tinted team photograph with all the players named. They were also named in the report carried by Bell's Life (although the surname Fowler should read Fowles); 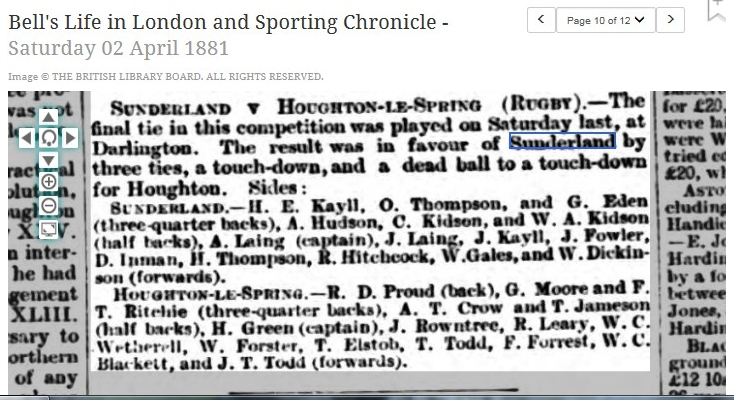 As luck would have it the final was played on 26 March and the census information for 1881 was gathered eight days after the game and the day after the report in Bell's Life. This affords us a remarkable opportunity of discovering what kind of people were playing for a north eastern rugby side about a decade after many of the older clubs were formed and a decade and a half before the schism which led to the eventual division between union and league. Eleven of the side had their births registered in Sunderland - a twelfth was born in nearby East Boldon. Of the remaining three, one was born in the county and was the son of a local vicar, a second was Cheshire born and serving an engineering apprentice and the third was the eldest in the family and born in the Isle of Man while the other brothers, all rugby players, had their births registered in Sunderland. The oldest member of the side was 35 and the youngest (the engineering apprentice) was 18. The average age was 24. Fourteen of the players were single. The only married man was a 30 year old solicitor. The single men were living with parents or parent with one exception where the player was living with a sister. The detailed information provided by the census indicates strong community links both on and off the field. There were four sets of brothers - three sets of which had been elemental in setting the club up eight years before. These were the Kaylls who were glass manufacturers, the Kidsons who were solicitors, the Laings who were shipbuilders and the Thompsons who were timber merchants. This four sets of two brothers accounted for more than half of the side with five of the seven remaining working high up in ship building or engineering. Three of the players lived on a grand terrace overlooking the sea north of the River Wear, four were next door neighbours in a fashionable street in the upper class Ashbrooke suburb with a further six also living in that same suburb. Although it is difficult to comment on the education of all it is known that a number of them were at public schools around the country in their earlier years - and schools which used both the Rugby and Cambridge rules. These were early days for Durham County rugby and ten of the side played for the county at one point or another. County games were infrequent then so Billy Kidson (9 appearances) and James Laing (8) were quite prolific performers. Henry Kayll had become County Durham's first England player when he won his only cap against Scotland in 1878. On 9 November 2019, Sunderland 1st XV entertained Gosforth (founded 1876) in what must be one of the longest surviving rivalries in the region. The clash took place in the relatively 'lowly' Northumberland and Durham League 2. Gone are the days of internationals and, with the occasional exception, county players - although a number of youngsters have represented the county at schoolboy or junior level Well into the twentieth century the make-up of the Sunderland 1st XV changed little in terms of social class and age. For most, if not all, rugby was a hobby for which they were able to give up time with little in the way of economic pressure. This explains why the challenges provide by both professional league rugby and professional association football failed to bear fruit. Only further research can confirm this to have been the case throughout this heavily industrial region of northern England.

should allow you to find team lists around these dates in one or more local papers. The

has a search engine which should help in finding most of the players in the relevant censuses - although common surnames may cause a problem. However age and place where they were living (usually local to the ground) should help in decision making. If the club has records or a printed history that might also be helpful. Images supplied by the author. About the Author - Keith Gregson is a regular contributor to 'From the Vaults' and previous blogs on the site may be of interest to researchers. Details of his work on SRFC ('One among Many') and the Sunderland club and the First World War ('The Ashbrooke Boys') can be found on his website at