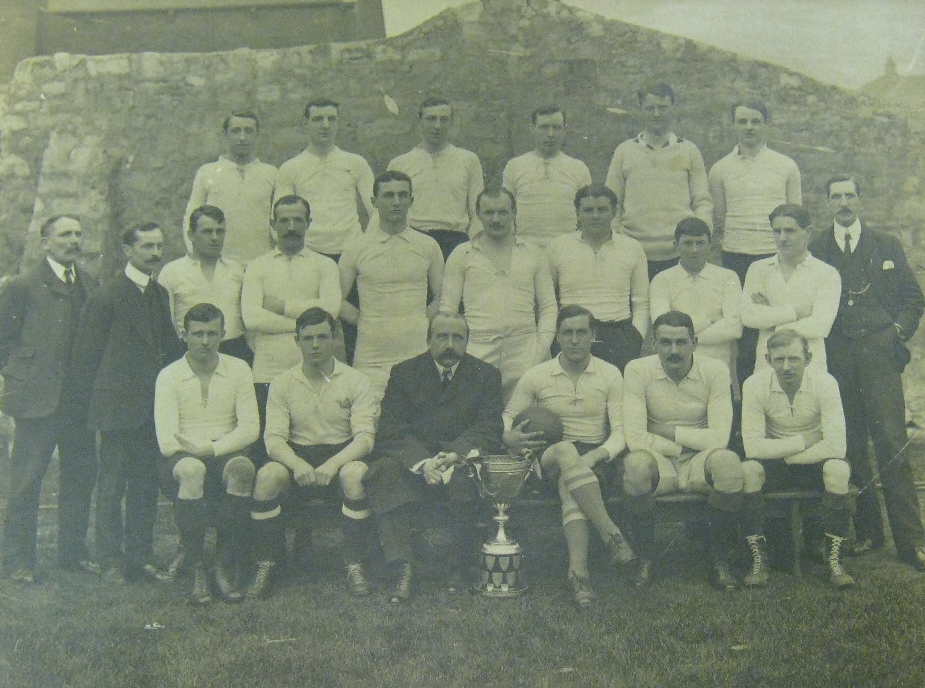 By Chris McLoughlin. All images below are copyright Hartlepool Borough Council, and reproduced with permission.

Since RWC 2015 and as part of the "Impact Beyond 2015" initiative, the Hartlepool & District RFU has been engaged with the Hartlepool Museums and Library Services in cataloguing a large collection of Rugby ephemera dating between the 1870s and 1924. This collection is part of an even larger hoard of documents discovered in a Printers cellar in the early 1960s and rescued by a local Historian, Robert Wood, and now safely held in an archive by Hartlepool's Museum Service. They cover many aspects of the standard work of a busy Printer in the boom times of the busy shipbuilding and coal exporting North East port. Every aspect of life is covered, whether business, religion, theatres, entertainments, flower shows, political meetings, sporting events, and even early cinema. The Hartlepool area has long been a strong supporter of rugby, with many clubs operating over the years and the rugby ephemera reflects this. 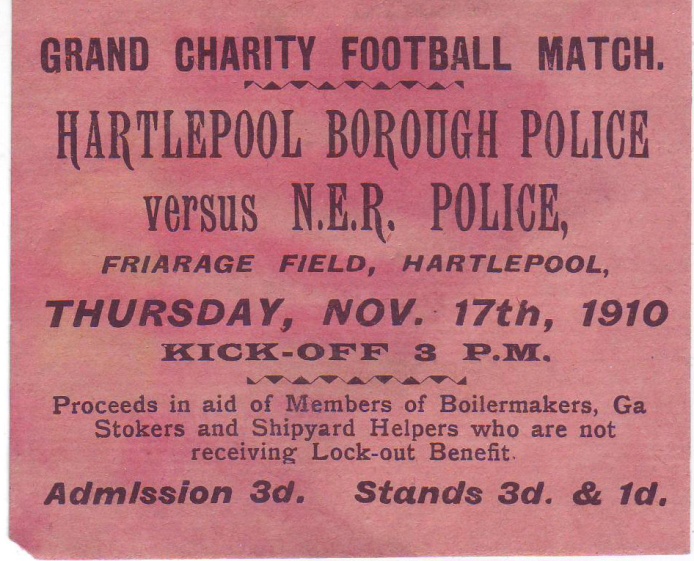 Poster for Hartlepool Police v the "Dock" Police, 17 November 1910. The match was to raise funds for those suffering as a result of industrial disputes.

Whether it is match posters, team sheets, letterheads, end of season events, match programmes, fixture cards, selection notices or AGM papers, whatever was necessary to administrate and promote the game, it is to be found there. The Hartlepool Rovers club was a prominent customer and fortunately many of their posters also advertise a curtain raiser which gives an intriguing insight into the names of the many minor clubs that operated in the area. In addition, at various times, Durham County officials have been based in the town and used the Printers for their notices and match posters for County and Cup matches, and for games in the wider area of Durham County. Another aspect of rugby life is also reflected, for it is little known that the R.F.U. ran a number of England Trial matches between 1895 and 1907 based on North v South and a number of items have survived.

Long term, as the images are now being scanned and recorded for more work in dating some items more closely, it is hoped that the items may be on the town library website for greater access. With the website in mind, the Hartlepool Library Service has given the clubs the opportunity to create a large "rugby" page on their "Hartlepool History Then & Now" website to enable items such as photographs, programmes, posters, and similar ephemera to be on display, in addition to items from the collection, which is known as the Robert Wood Collection. Very much a work in process it is now beginning to take shape and is becoming a handy tool for the rugby history researcher, programme compiler of club quiz nights or those interested in how the game evolved in the good old days(!)

The first "rugby" code club in Hartlepool. Hartlepool Football Club formed in 1875 and dissolved to join Rovers in 1883.

About the Author - Chris McLoughlin is Secretary of the Hartlepool & District RFU, and a long-time member of West Hartlepool TDSOB RUFC. The union today consists of some seven clubs playing between levels 6 and 9 and most are involved age grade rugby plus women's football. A Past President and former County Secretary of Durham County RFU, and past Secretary of the Northern Division, he continues to work with his County Union serving on the Disciplinary and Facilities Committees and supporting the County XVs. He is delighted to be the lead on this project as it gives clubs the opportunity the show the rich history of Rugby Football from the mid-Victorian era and its contribution to the sporting culture of this particular part of the North East of England.