Two teammates and close friends from the rugby fields of Durham School, Rosslyn Park and Oxford died at Suvla Bay, Gallipoli, just days and a few hundred yards apart in August 1915. Nowell Oxland, son of the vicar of Alston, Cumbria, a former Royal Navy chaplain, was Head of School at Durham, but was sent down for a misdemeanour - being out of bounds, bird-nesting with a younger boy. He played rugby as a goal-kicking forward for Rosslyn Park while being privately tutored for his Oxford exams and began writing poetry. He was good enough to captain his college, as well as playing for both Middlesex and Cumberland counties. 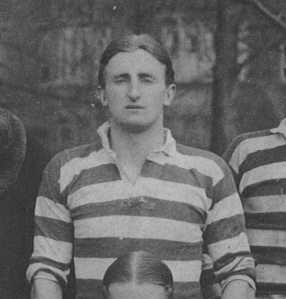 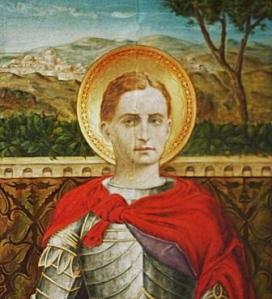 On the outbreak of war, he joined the 6/Border Regiment; on his sea voyage from Liverpool to Gallipoli, the classical scholar composed the poem that preserves his name in many anthologies. First published anonymously in The Times shortly after his death on 9 August, his poem Farewell was retitled Outward Bound by the editor, worried about a defeatist poem in an issue of the newspaper that carried 734 death notices of officers fallen at Gallipoli. But Oxland clearly had a premonition that he might not return from the peninsula and this lover of the Lakes ends his verses with the fatalistic lines:

Mixed with cloud and wind and river, Sun-distilled in dew and rain One with Cumberland for ever We shall go not forth again

His friend Arthur 'Jimmy' Dingle, nicknamed 'Mud' after the pitches of his tempestuous native North-East, was a player of greater distinction in the centre and wing for several clubs, Oxford University, two counties and his country. Born another vicar's son in 1891 at Hetton-le-Hole, Co Durham, he took over as Head of School at Durham when Oxland left, then went up to Keble College, Oxford, where he won his Blue in 1911. When the Varsity did not need him, he played for Park, with his Durham friend Oxland, and also for local rivals Richmond, and Surrey. Returning to Durham as a schoolmaster, he captained Hartlepool Rovers in 1914, and was a free-scoring centre for Durham County. 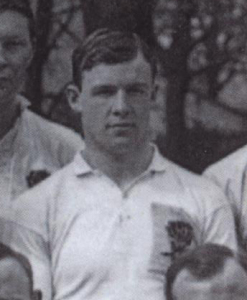 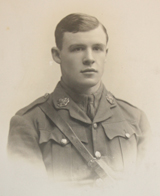 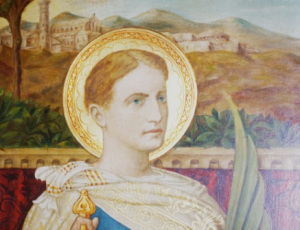 His first English cap came against Ireland in 1913 at Lansdowne Rd, where 'he was strong in defence, but not altogether a success'. His second cap against Scotland in 1914 saw him 'do a Ben Kay' 10 yards short of the line, but England won both Calcutta Cup and Triple Crown that day. His final game - the last International before the war - was the Grand Slam triumph in Paris in April. Having founded the Officer Training Corps at Durham he was swift to join up and was commissioned into the 6/East Yorkshires. In April 1915, he scored a try for the Barbarians against the RAMC at Old Deer Park, in front of 3,000 spectators. By June he was on his way to Gallipoli, Turkey. In a tragic irony - and a symptom of the chaotic and mismanaged Gallipoli campaign - Jimmy Dingle's D Company took a prominent height named Scimitar Hill, but were then ordered to attack another objective. This second attack failed and the Turks captured the vacated hill, from which they were able to enfilade Nowell Oxland's company with rifle fire on 9 August, killing him and many of his men. He now lies in Green Hill cemetery at Gallipoli. His grieving parents commissioned two altarpieces, portraying him as Saint George and Michael, which can be seen at St Augustine's in Alston. Jimmy himself was killed 13 days later on 22 August, probably unaware of his friend's death nearby. After taking the first line of Turkish trenches, and under fire from grenades and bullets, the vicar's son and sportsman paused for a brew-up with his men: one private soldier later reported of his fallen Captain, 'he was a gentleman and made tea for ten of us'. Unlike his friend Oxland, Dingle was no poet. But he achieved the unusual feat for a rugby player of twice being mentioned in poems: once by PG Wodehouse, who accused him (and others) of not passing to England's coruscating winger, Cyril Lowe; and again by his fellow D Company officer Lt John Still, who wrote an epic poem in Turkish captivity - the Ballad of Suvla Bay - recounting the battle they had fought together.

Broad and simple, and great of heart, Strenuous soul in a stalwart frame; Whatever the work, he took his part With energy strung from the very start To learn the rules and play the game. He played for an English side before; And all unspoiled by the crowd's applause. He took for his side their greeting roar: And so in the greater game of war He gave his life for the greater cause

He has no known grave and is remembered on the Helles Memorial, Gallipoli, at Durham School chapel, at Richmond RFC and now at Rosslyn Park on the new memorial that replaces the mysteriously lost original. 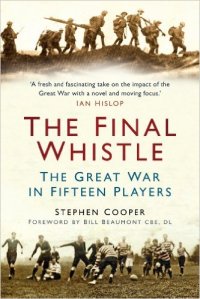 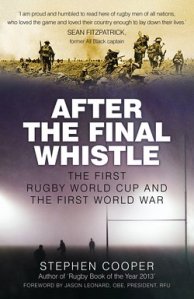