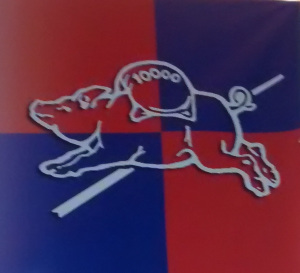 Rugby clubs come in all different shapes and sizes and not all of them fit the traditional mould of having been formed by ex-public schoolboys in the Victorian era.

The central role that schools played in the early codification of rugby football is well documented and forever enshrined in the name of the sport. Naturally it was former pupils who took the initiative in setting up many of the first clubs around the world. Street, in Somerset, has a number of venerable educational establishments and has contributed numerous A-grade international rugby players over the years, therefore it would be of no surprise if a bunch of old boys had banded together to create a team called Old Streetonians at some point or other. As it turns out Old Streetonians have absolutely nothing to do with Street or Somerset or public schools… The story of this particular club begins in a pub called the Bricklayers Arms in Shoreditch in 1989 when a group of artists, attracted to the area by cheap rents and derelict industrial units, were discussing how to spend their free time. At least one amongst them thought that it would be pretty funny to start a joke rugby club. The consensus however seemed to favour amateur dramatics but a toss of a coin settled things in favour of rugby and from these inauspicious beginnings a rugby club was born. Of course things didn't just happen overnight. It was soon discovered that out of those who had drunkenly agreed to participate, only two even knew the rules of their new sport. Still they persevered and later that year the, so far unnamed club, triumphantly took part in its first rugby game, against itself, which they lost. Having made a promising start the development of the fledgling club badly faltered when they found they were unable to attract credible opponents. It turned out that nobody wanted to play against what, on closer inspection, were a bunch of scruffy artists from Shoreditch. Cunning plan... The name Old Streetonians shimmers like a mirage of Victorian respectability. The prefix 'Old' normally denotes a rugby club whose members hail from a particular educational institution such as Old Merchant Taylors or Old Etonians. In the case of our artistic friends from Shoreditch however the name derives from a significant local landmark- Old Street Tube Station. With their new (and slightly misleading) name in place the club set about proving their mettle. In 1993 they won their first game, against Guy's Hospital 4ths. 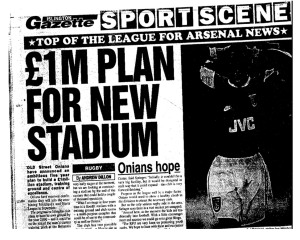 The Onians began submitting their own made-up news stories to the local press in the mid 1990s[/caption] From these humble beginnings a unique rugby club grew. The 'Onians secured their first promotion in 2002, founded a youth team in 2003 and won three promotions in four seasons between 2008 and 2010. In 2011 they beat Ipswich. 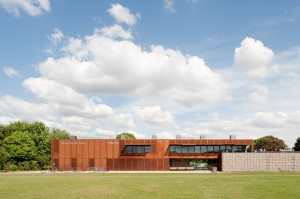 In 2015 Old Streetonians have over 150 members and operate three teams from their home in the Hackney Marsh Centre. Their members, past and present, include artists, architects and graphic designers of international renown. The amazing story of Old Streetonians is a signal lesson for grass roots rugby enthusiasts everywhere. If they can do it, anyone can. Dave Stubley (RFU Club Management) lists these six simple steps towards making your own rugby club in England: 1. Find somewhere to play 2. Find something to wear 3. Find someone to play against 4. Seek approval from your local constituent body 5. Compile a club constitution and submit your accounts 6. After 1 year you will be able to apply for membership of the Rugby Football Union Every rugby club has its own special story. We would love to hear yours. Click Contribute to find out how.