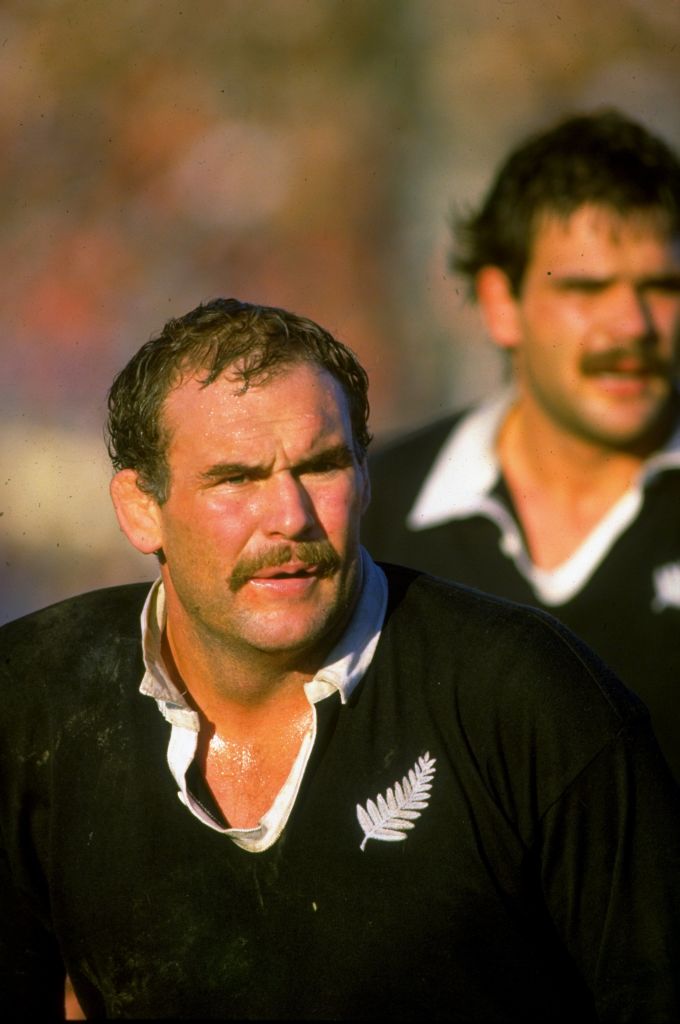 Several moments in my undistinguished rugby life stand out, but no more so than in 1991.

This was the year that I took my wife and two young sons to Perth in Western Australia (WA) for a year long Teacher Exchange organised by a Commonwealth Exchange Programme.

Teaching in a social priority school was challenging but enjoyable. As a Physical Education teacher in the UK I had been involved in teaching and coaching rugby, but now found myself learning a new set of skills when asked to teach Aussie Rules Football and Lacrosse.

With a yearning to reconnect with the English version of the oval ball, I answered an advertisement in the local West Australian newspaper to get involved in the Golden Oldies Rugby tournament to be held in Perth (26th May to 1st June 1991).

An evening meeting in April was held at a local rugby club, designed to recruit volunteers for a week to chaperone one of the many teams arriving from all over the world.

I quickly realised that taking a week off from my new school would not be possible, so the organisers asked if I could possibly spare one day off (a Friday) and did I have an Australian bus driving certificate. The answer to the first was "I will have to ask" and to the second- "yes".

I had no difficulty in obtaining permission for a day off school and as result a second meeting was held the following week in which I was asked if I could pick up a group of New Zealand players from the airport. Not being totally familiar with the suburbs of Perth, I enlisted the help of a very good friend, Hugh Francis, whom I taught PE with in the UK and who was now a resident of WA.

A few days before heading off to the airport I collected a 24-seat bus and was given a sum of approximately $200 (£200 today) to be used for 'refreshments'.

Arriving at Perth International Airport late Friday afternoon and holding a prominent 'New Zealand rugby' sign, I was approached by none other than Andy Haden. The legendary and rather imposing former All Black introduced himself as captain of the classic All Black team, who would be playing an exhibition test-match against the classic Wallabies on the Saturday afternoon, to mark the end of the week long tournament.

Introductions were swift and the ensuing conversation dealt with the unfortunate loss of their manager who was unable to travel due to illness. I expressed sympathy but was broadsided by the next question when Andy asked, 'could I act as their manager?' I tentatively said yes and so began the most memorable 36 hours of my life! Installing the players into a hotel was straightforward, followed by the inevitable question, 'where's the bar?' As manager I did my best to assist and beers and steak sandwiches were followed by the entire refreshment budget within two hours.

Needless to say the next morning, the day of the exhibition match, a number of the players looked very seedy. Some had stayed up all night playing cards. Surprisingly all players turned up for breakfast although very few 'Full English' were ordered as appetites appeared to have been lost.

A feature of the arrangements for the team included the use of a pitch at a nearby rugby club for a training run. Bearing in mind their long journey the day before and the fact that many of these players had not played in the same team for many years, if at all, plus the levels of steak and alcohol intake, I suggested to Andy that a run out might be a good idea since a venue had been organised.

This suggestion was turned down without discussion. Glancing around the tables, where conversation was sparse and the need for sleep for some was apparent, I once again suggested some fresh air combined with meaningful body movement might not go amiss.

Again this was dismissed but, despite fears of a short sharp Kiwi reply, I persevered. My third time of trying was met with Andy standing up and saying in a loud and commanding voice to his players, "right, John wants us to have a training session - so all outside".

The squad trooped, some stumbled, out into the hotel car park and formed up for a line-out, with the scrum half Andy Donald organising his backs. The hooker, Lester Routledge I believe, threw the ball in, Jock Hobbs was hoisted, caught the ball, which was duly shipped out via Donald to the backs.

Andy appeared satisfied with this training session and ordered breakfast to resume. After this brief, but tiring, training workout we settled down for a relaxing morning around the pool before heading off to the Perry Lakes Stadium and final preparations for the game.

Watching many of these 'Golden Oldies' on both sides was a delight and many showed their skills when representing their country. I was particularly impressed with the backs - Murray Taylor, Bruce Robertson, Bernie Fraser and Doug Rollerson at fullback.

For the Wallabies Roger Gould at full back and John Hipwell at scrum half looked very sharp. Speed was, understandably below par, but skill and ingenuity made up for pace. The exception was a try for Grant Batty who looked as nippy and elusive as ever. The game was hard fought and played in a good spirit with the All Blacks recording a win.

Autograph hunters were out in force and part of our wide ranging duties was to ensure that players satisfied those requests and that the changing rooms afterwards were organised and free of 'hangers-on'. We were therefore surprised to see a bewildered and fazed youth in his overcoat sitting next to Grant Batty. When challenged on his reason for being in the room he exclaimed, in what sounded very much like a Peter Sellers 'Bluebottle' voice, "that he just wanted to be with the players". He was escorted out.

The after match function was held in a restaurant in the Subiaco suburb of Perth. Both teams attended this friendly affair with …..yes more steak and beers.

Following the meal and speeches, a nearby bar was frequented and only vacated after several pleading requests, well beyond closing time, from the landlord. A mannequin, which stood in the central bar, was 'borrowed' as the players boarded a bus to a nightclub for additional entertainment.

It was whilst driving I glanced over to the front single passenger seat to see Roger Gould with Denis Lillee sitting on his lap. I later learnt that the legendary cricketer lives in the Perth area and knew Roger well.

On arrival the bus received a 'lively' welcome from one or two local characters outside the nightclub in Northbridge. Feeling responsible for the 'keeping of the peace' I exited the bus, followed by two or three ton of well lubricated Kiwi muscle. Luck however intervened when prop Nick Botica, due to his well developed upper body shape, got wedged momentarily in the bus door. Much to my relief this allowed the nightclub welcoming party to realise that their friendly salutations would be met by hefty reciprocal treatment and they disappeared sharply.

The evening was short lived with most of the well worn and fatigued players having to be returned to the hotel base in the early hours of Sunday. With precious little sleep, the next day I wearily drove the players to the airport for their return journey to New Zealand.

That was the weekend I 'managed' the All Blacks.

About the Author - A retired schoolteacher, John Gosling is a Stadium Tour Guide for the World Rugby Museum.

Power and Pace – a Dynasty of All Black Wingers

On 30th October 2021, the latest in a seemingly endless line of great All Black wingers, Will Jordan, caught the ball in his own half, accelerated and then kicked over his opponents’ heads at the Principality Stadium, going on unchallenged by a bemused Welsh defence to touch down a thrilling try...
Read More

The first rugby tour of the British Isles by an overseas team was undertaken by the New Zealand Natives side in 1888-1889. Originally to be called the Maoris, the team were named the Natives instead.
Read More