We're delighted to announce that Brave Blossoms: the History of Rugby in Japan is now open at Tokyo Sports Square Fan Zone and will be on display for the duration of Rugby World Cup 2019. 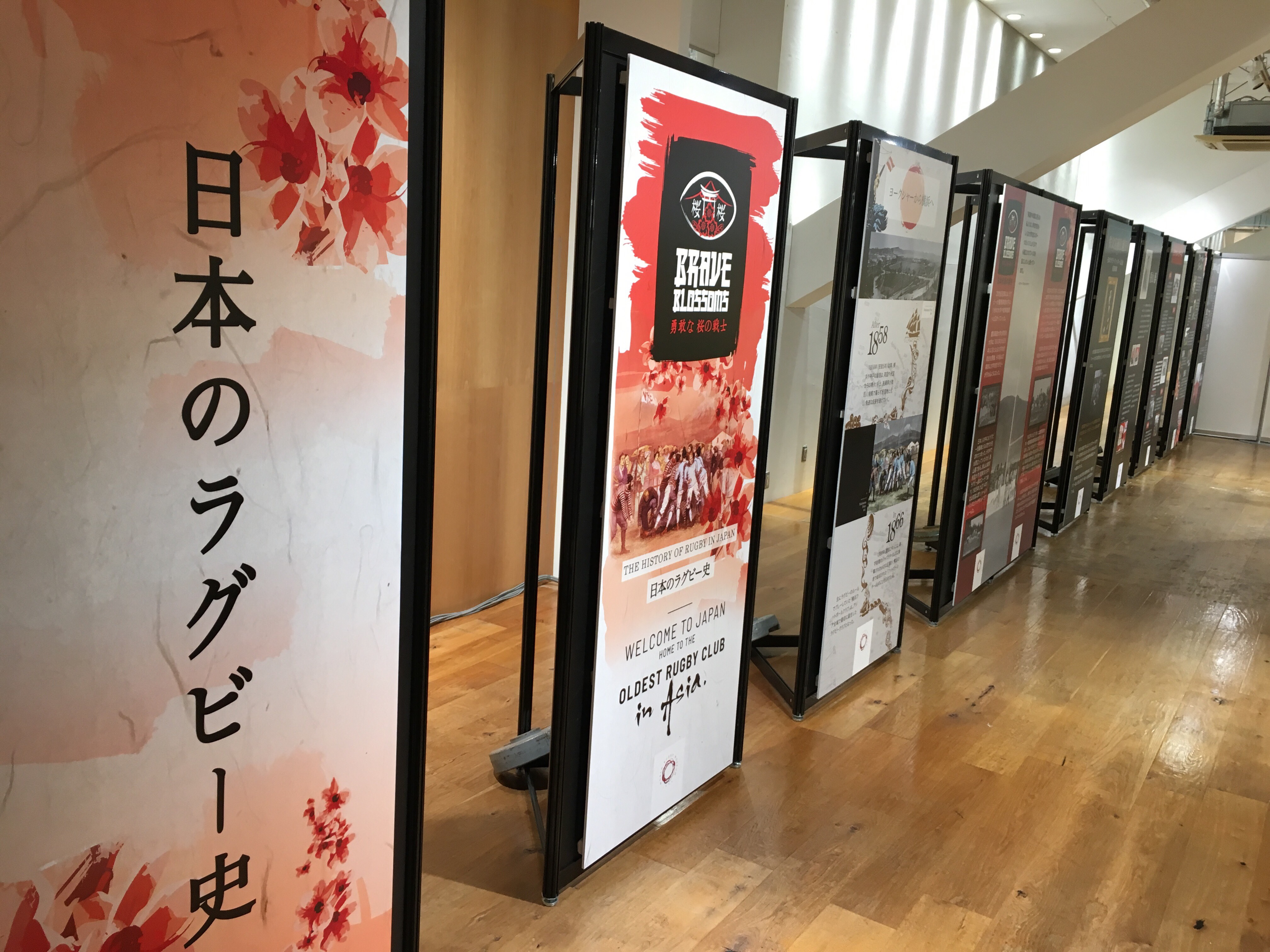 Following its display during 2018/19 at the World Rugby Museum in Twickenham, the exhibition has traveled to Japan to tell the story of rugby in the tournament's host nation, charting the evolution of rugby alongside the development of modern Japan. It explores the full history of the birth and evolution of rugby union in Japan, from 1866 when Yokohama became the site of the oldest rugby club in Asia, to being awarded Rugby World Cup 2019. How 'the father of Japanese rugby', Ginosuke Tanaka, brought the sport to Keio University and how a series of sporting pioneers, including members of the Japanese Royal Family, allowed the sport to flourish. It examines how Japanese corporations have nurtured the game at a domestic level allowing Japanese rugby to make significant impacts at international level, and culminating in the famous victory the Brave Blossoms achieved over the Springboks at Rugby World Cup 2015 and the awarding of Rugby World Cup 2019 to Japan. [wpvideo 1eTtBL51] The Fan Zone will be broadcasting all 48 matches of Rugby World Cup 2019. There will also be music and comedy performances, interactive rugby activities, and a selection of merchandise and refreshments.

The Shimogamo Shrine is a designated UNESCO world heritage site that dates from the 6th Century. It is described in the Japanese origin myth as the final resting place of Yatagarasu, the three legged crow, who guided Japan’s first Emperor to his place of residence at Yamato.
Read More

Edmund Blunden - the War Poet who went to Japan

Edmund Charles Blunden CBE MC is remembered as a well-travelled poet and war hero but fewer people are aware of his impact on the early development of rugby in Japan.
Read More