At the beginning of October 1917, the Allied Forces were deeply embroiled in attacking the German Army on the Western Front for control of the ridges south and east of the Belgian city of Ypres. This third offensive in the Ypres Salient in West Flanders had started in July 1917 and already both armies had incurred substantial casualties in appalling weather conditions. When the offensive ended in November, the battle to secure the Passchendaele ridge had exacted its terrible price with over 500,000 Allied and German fatalities in just four months. Among the many combatants who lost their lives in the battle of Passchendaele were two Irish born international rugby players. One had played three times for his native country in 1913-14 and had been an accountant by profession in Belfast; the other had emigrated from Ireland at the age of four and became one of the most famous rugby players in the world as captain of the first New Zealand rugby team that toured the United Kingdom and France in 1905-06. Both these men lost their lives in action in the Ypres Salient on the same day, October 4th 1917. 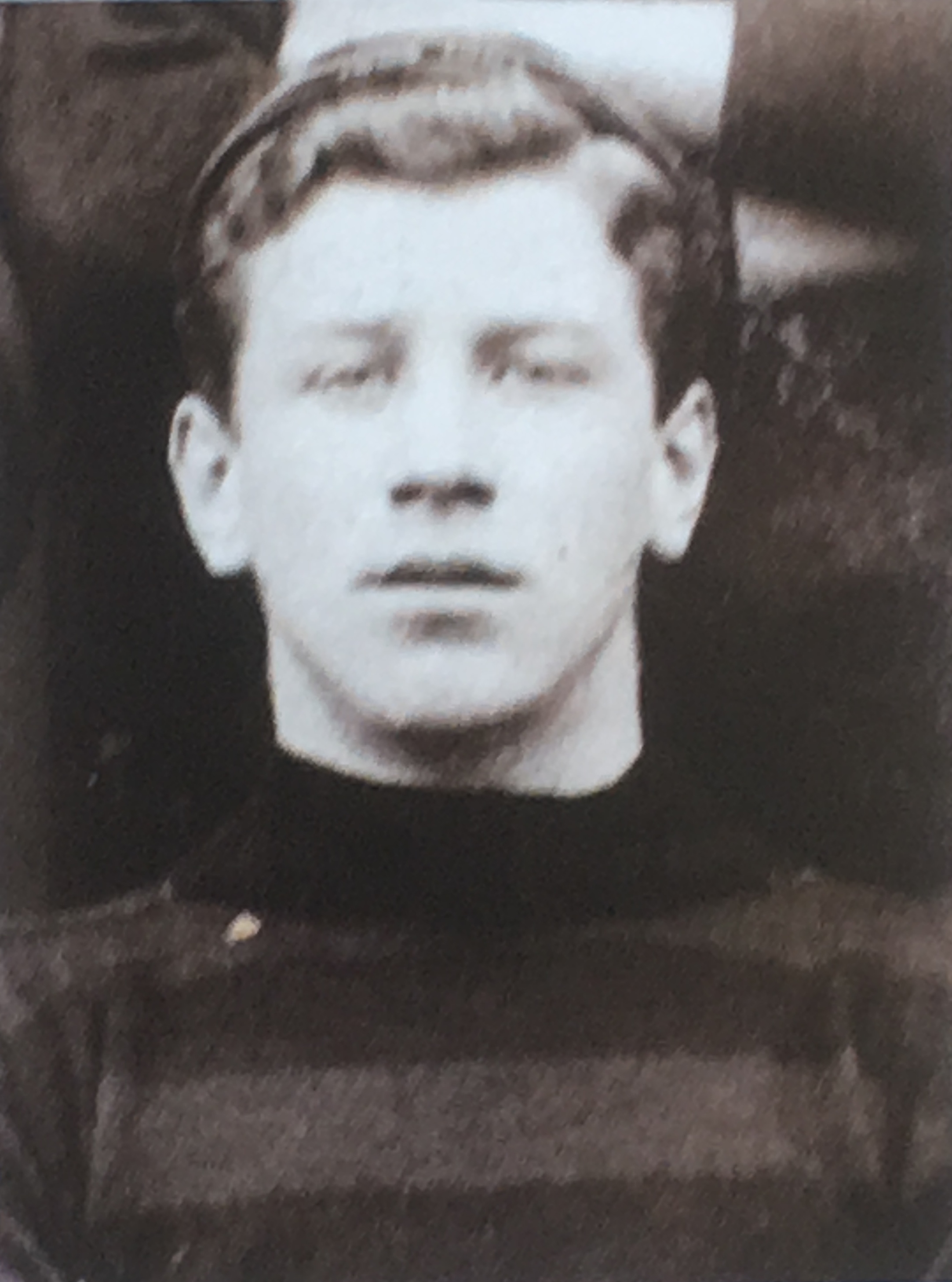 Albert Lewis Stewart was born in Belfast on February 19th 1889. Educated at the Royal Belfast Academical Institution, he earned a reputation as an all-round sportsman at a young age. A versatile rugby player who played centre and full back, he was also an excellent kicker and he played for Ulster Schools in the 1905-06 and 1906-07 seasons. After leaving school, he joined the North of Ireland Football Club (NIFC) and soon played for Ulster. In 1913, he was selected to win his 1st cap in the centre against Wales in Swansea on March 8th. Although Ireland was defeated 13-16, Lewis Stewart marked his debut with a try in the second half and the Northern Whig was complimentary about his performance:

"Quinn and Stewart were the superior "threes", the North man giving a good account of himself for his initial international, and crossed the Welsh line for a very smartly-obtained try. In conjunction with Wood, he played an effective defence game"

He was retained for the final championship match of the season in which Ireland beat France 24-0 at the Mardyke Grounds in Cork and then won his third and final cap in Ireland's narrow 8-6 victory against France at the Parc des Princes in Paris in January 1914. 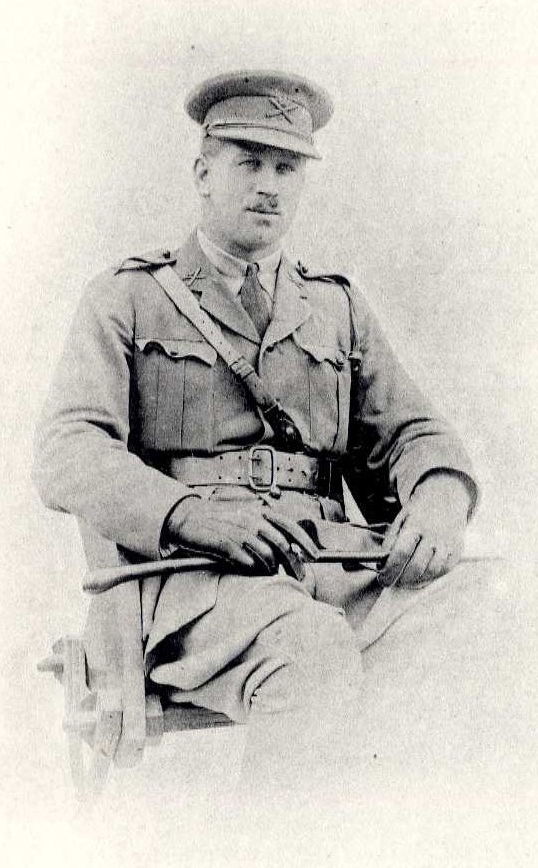 At the outset of war on September 24th 1914, Stewart enlisted in the 10th Battalion of the Royal Irish Rifles. Commissioned as a 2nd Lieutenant, he was promoted to Lieutenant in the Machine Gun Corps in 1915. He distinguished himself in action and was recommended for the Victoria Cross at the Battle of the Somme in 1916. Promoted to Major in January 1917, he was mentioned in Dispatches twice before being killed in action aged 28 on October 4th 1917 at Glencorse Wood near Ypres. Lewis Stewart was buried at the Hooge Crater Cemetery at Ypres and awarded a posthumous Distinguished Service Order medal on January 1st 1918 for "distinguished service in the field".

David (Dave) Gallaher, the other Irishman, was born on October 30th 1873 into a large family in Ramelton, Ulster. He emigrated with his family to New Zealand in 1878 and they lived in straitened circumstances for some years firstly in Katikati and then in Auckland. He played his early rugby for Ponsonby rugby club and made the first of his 26 appearances for Auckland in the province's 15-6 victory against Queensland on August 8th 1896. He served and saw action during 1901-02 in the Boer War in South Africa as a member of the New Zealand Mounted Rifles and resumed his rugby career on his return. Success and renown as a tough marauding wing forward came quickly. He was chosen for the first official New Zealand tour to Australia in 1903 and played in the inaugural test match on Sydney Cricket Ground on August 15th which the powerful and speedy New Zealand side won convincingly 22-3. He was chosen to play against Great Britain for both New Zealand and Auckland in August 1904. Both matches resulted in victories and Dave Gallaher scored a memorable try for Auckland which was described by the historian RA Stone as:

"… a great cross kick was taken on the bounce by Dave, who set off for the corner, drawing O'Brien, the British full-back, and then suddenly turning infield he caught O'Brien on the wrong foot, and finished a glorious effort by scoring by the post. Murray goaled; and how we boys did cheer." 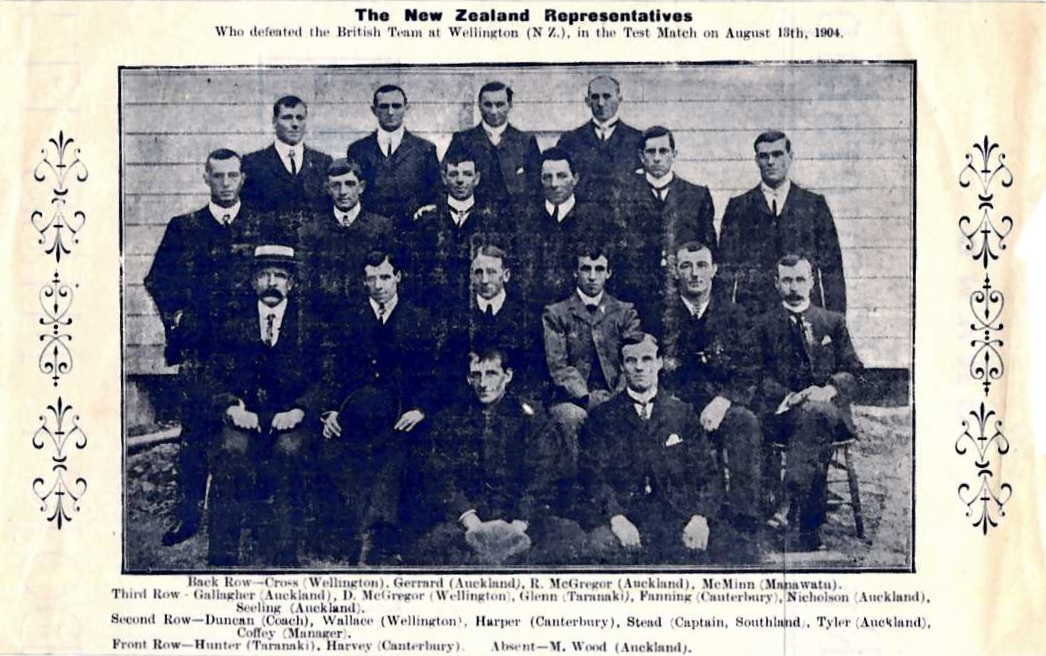 The highpoint of his rugby career was the captaincy of the 1st New Zealand tour to the United Kingdom, France and America in 1905-06, about which much has been written. The "All Blacks" as they came to be called won 34 of their 35 matches including 4 of their 5 internationals. They lost only to Wales in December 1905 in an epic and much disputed encounter near the end of their long tour. Ironically, although he returned to the land of his birth for the first time since his family emigrated, Gallaher had to miss the Ireland international match due to a leg injury sustained in the victory over Scotland a week earlier. Much admired and respected by his team mates, the strength of his character was shown in the way he managed constant attacks on his style of play in the British press who saw his style of wing forward play as being against the inherent spirit of the game. EHD Sewell who was a supporter of Gallaher wrote in his obituary in the Rugby Football's International Roll of Honour:

"That season he (Gallaher) was the most discussed man among the sporting sections of the community, mainly by reason of the alleged iniquities he perpetrated as wing forward, both as regards putting the ball unfairly into the scrum and by playing a scientifically obstructionist game while his forwards were heeling."

The tour to the northern hemisphere was the culmination of Gallaher's international career. His book "The Complete Rugby Footballer" co-written with his vice-captain JW Stead at the end of the tour became a best seller and remains to this day a much quoted publication. On his return home in 1906, he continued playing for Ponsonby and Auckland and became a selector for both Auckland and New Zealand up to the outbreak of the 1st World War. A respected figure in the Auckland community with a wife and 8-year old daughter, he enlisted in June 1916 in the 22nd Reinforcements at the age of 43 and then received the news that one of his younger brothers had been killed in action in France. He did not have to join up, but another of his brothers had been very badly wounded at Gallipoli the previous year and it was believed that he felt it was time to do his duty and serve his country again. 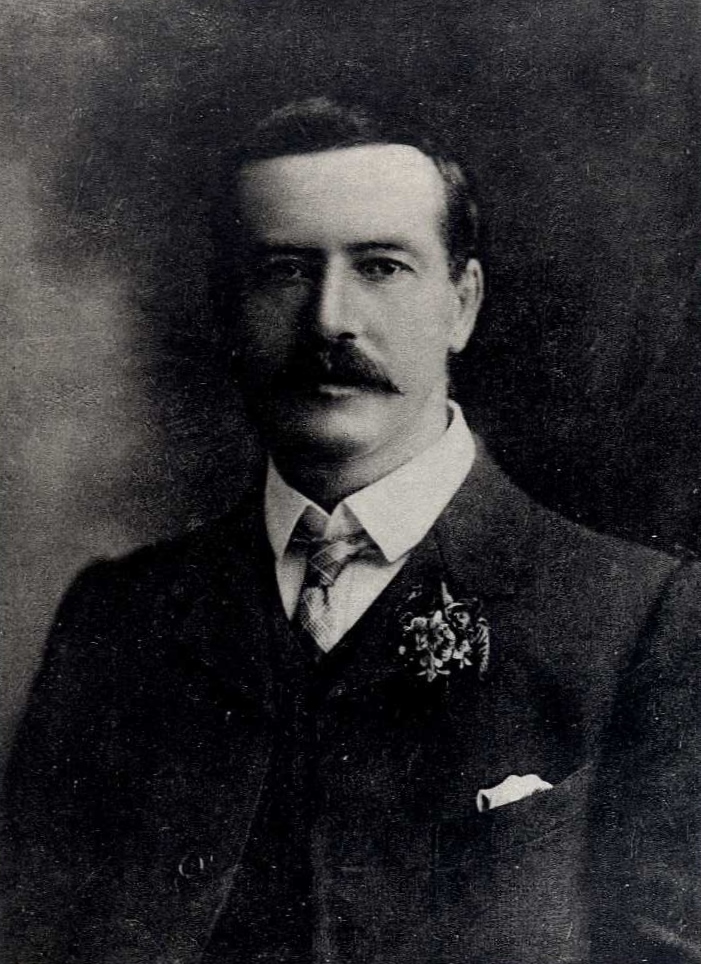 He arrived in France as a sergeant in the 2nd Battalion Auckland regiment of the NZEF on June 6th 1917. Following the Battle of Messines, the New Zealand Division was chosen to be part of the drive to secure the two small hills that run up to the Passchendaele Ridge. After further preparation, the Division attacked on October 4th and Dave Gallaher was mortally wounded in the head and face in the assault. He died a few hours later that day in the 3rd Australian Casualty Clearing Station and was buried in Nine Elms Cemetery at Poperinghe in Belgium. Of the five Gallaher brothers who fought in the war, three died and one of Dave's brothers was permanently troubled by his injuries for the rest of his life. News of his death was greeted with dismay throughout the rugby playing world, but his rugby exploits for the All Blacks had gained him a quasi-legendary status and his stature in rugby history has never been questioned. The Auckland Rugby Football Union presented the Gallaher Shield for their club championship in 1922 which is still competed for, and a 2.7 metre high bronze statue of Dave Gallaher sculpted by Malcolm Evans was erected in Eden Park, Auckland in 2011, ninety four years after his death on the battlefield in France.