On 28th April 1883, a seven-a-side rugby tournament was played to raise funds for a rugby club experiencing some financial difficulties. The tournament would become an annual event - the oldest rugby sevens competition in the world. This medal, one of the highlights of the Museum's collection, was awarded to one of the tournament's first ever winners. 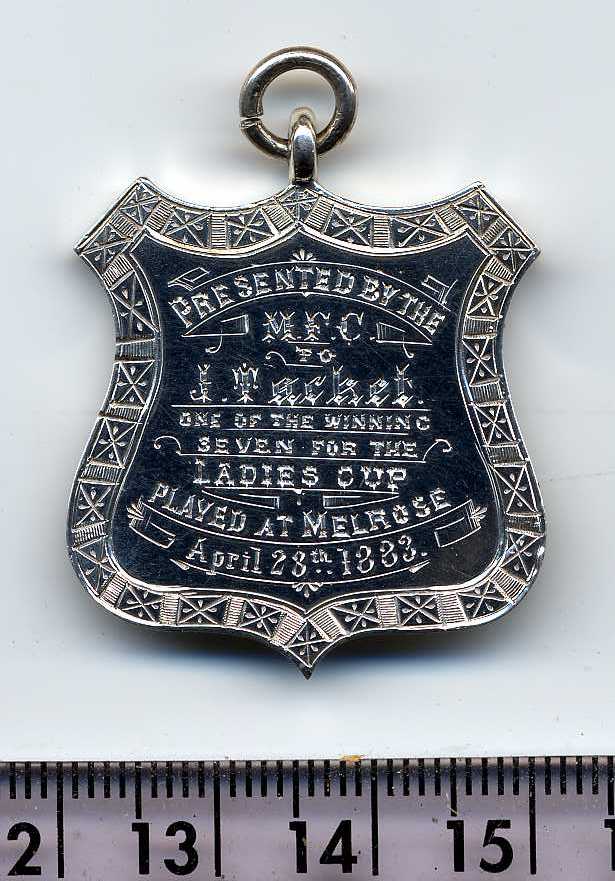 The Melrose Rugby Football Club was founded in the Scottish Border town of Melrose in 1877. By 1883, the club was seeking ideas to raise finances. Ned Haig, who played for Melrose alongside his employer, the local butcher David Sanderson, suggested a fund-raising tournament in which an abbreviated form of rugby would be played against invited local teams. Reducing the number of players to seven-a-side and reducing match length to fifteen minutes allowed several games to be played over the course of a single day. The ladies of Melrose raised funds for a small trophy, known as 'The Ladies Cup', to be presented to the winning team. The final was played between Melrose RFC and local rivals Gala RFC, with the home team winning by one try to secure the trophy. The town is thus considered the birthplace of rugby sevens and it continues to host 'The Melrose Sevens' tournament each year. A silver shield-shaped medal was awarded to each of the seven players who represented Melrose on that day in 1883. Measuring only 4 x 3 cm, the top of the medal has a small silver ring which may have allowed it to be hung from a ribbon. The text inscribed on the front of the medal offers a clue as to the recipient: 'Presented by the M.F.C to J. Tacket, one of the winning seven for the Ladies Cup played at Melrose April 28th 1883'. Having been awarded to John Tacket, a Melrose forward famed for his goal-kicking, the medal was kept in the family until sold to a collector. Fortunately, the collector offered the Museum first refusal on its purchase and the medal is now part of our Rugby Sevens gallery. An old postcard in our collection features a photograph of the winning team from Melrose. Tacket, to whom this medal was presented, stands on the left in the back row. Haig and Sanderson, the tournament instigators who played as quarter-backs in the match, also appear in the photograph. 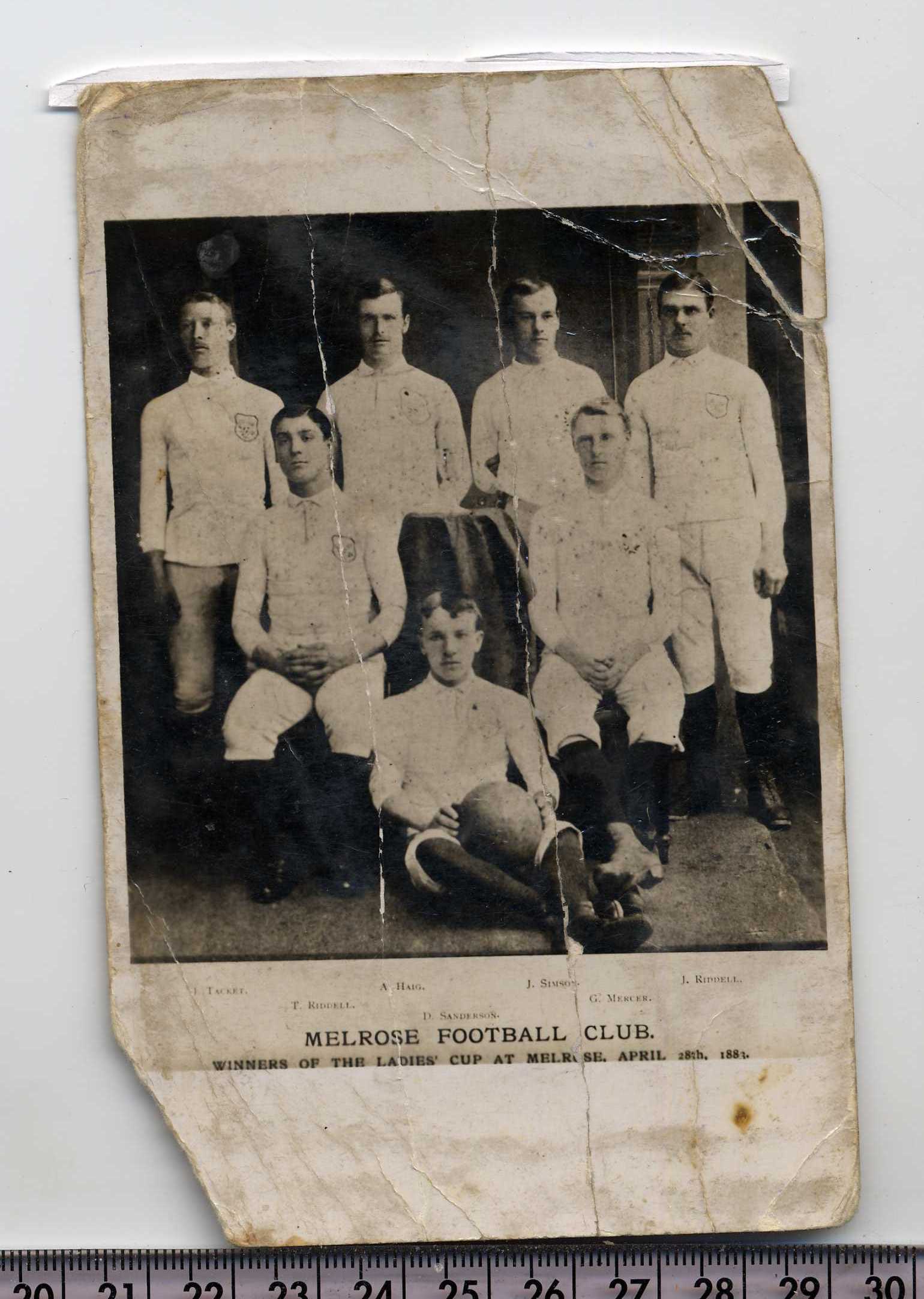 From its origins in Melrose, sevens has grown in popularity over recent years. The Rugby World Cup Sevens was first contested in 1993 and the town gives its name to 'The Melrose Cup', the trophy awarded every four years to the winning World Cup team. The inaugural tournament was won by England; the only other teams to have won the trophy are Wales, Fiji and current holders New Zealand. Rugby sevens was first played at the Commonwealth Games in Malaysia in 1998 and the IRB Sevens World Series was launched in 1999. The sport made its Olympic debut at Rio de Janeiro in 2016, where Fiji beat Great Britain in the gold medal match - Fiji's first ever Olympic medal. From humble origins as a novel fundraising idea to a highly competitive international sport, the butcher's boy from the Scottish Borders could never have anticipated how the game would grow.

With Harlequins taking on Gloucester at Twickenham Stadium this month, we’re highlighting the Harlequins cap which was awarded to William Wavell Wakefield in the 1920-21 season when he was club captain...
Read More

As the rugby teams of the British Army and the Royal Navy prepare for their return to Twickenham this coming weekend, we have decided to highlight this one-hundred-year-old cloth badge which was worn by Navy scrum-half Cecil Kershaw...
Read More

Our object of the month is this photograph of Kathleen Trick, ‘The Springbok Girl’, which was recently donated to the museum by one of Kathleen’s nieces. When Kathleen wore this custom-made kit to a fancy-dress party in 1907, it was the start of a special relationship with South Africa’s touring rugby teams...
Read More