John Abbott King, known as Jack, was born in Burley in Leeds, and was one of the shortest men to wear an England jersey. His height of 5ft 5in (1.65m) was in contrast to his chest measurement of 46 inches, giving him the nickname of "Pocket Hercules". His father, also John Abbott King, was a master cloth finisher, and he and his wife Mary Jane had 8 children, John Abbott junior being the oldest of the three boys. After an elementary local education, he attended Giggleswick School in 1898-99, which was long enough to gain 2nd XV colours. Early in the 1900s he spent time in South Africa, where he played rugby for Durbanville and Somerset West, but returned to England in 1906 where he became a staunch member of the Headingley team, and took a farm in Ben Rhydding, near Ilkley in his native Wharfedale. He rose to become captain of Yorkshire, for whom he played 46 times, and also played for the Barbarians and 12 times as a forward for England in 1911 to 1913, the last season being England's first as Grand Slam winners. He volunteered for military service on 6 August 1914, leaving his sisters to run the family farm. Some of his fellow rugby players helped with the harvest. Having overcome the normal minimum height for service of 5ft 6in, he initially joined the Yorkshire Hussars and went France in April 1915. In 1916, in order to see more action, he transferred to 1/10th (Liverpool Scottish), Battalion, the King's (Liverpool) Regiment. By August of that year the Battalion was engaged in the Battle of the Somme, as part of the British attacks near Guillemont. These were stopped on the first day (8 August) by fierce resistance, but the 1/10th King's again attacked very early the next morning, although without success. John Abbott King was killed in action that day. Fellow England international Lancelot Slocock was killed on the same day, in the same battle also fighting with the Liverpool Scottish. In his last letter home "Jack" King wrote "So long as I don't disgrace the old Rugby game, I don't think I mind" Lance Corporal JOHN ABBOTT KING has no known resting place. He is remembered on the Thiepval Memorial, Somme, France [Panels 1 D 8 B and 1 D 8 C], and also at Giggleswick School, by Yorkshire County RFC, and on the Liverpool Scottish memorial (St Georges Hall, Liverpool). At St. John the Evangelist's Church in Ben Rhydding the tablet lists him along with 15 other parishoners who fell. He did not marry. 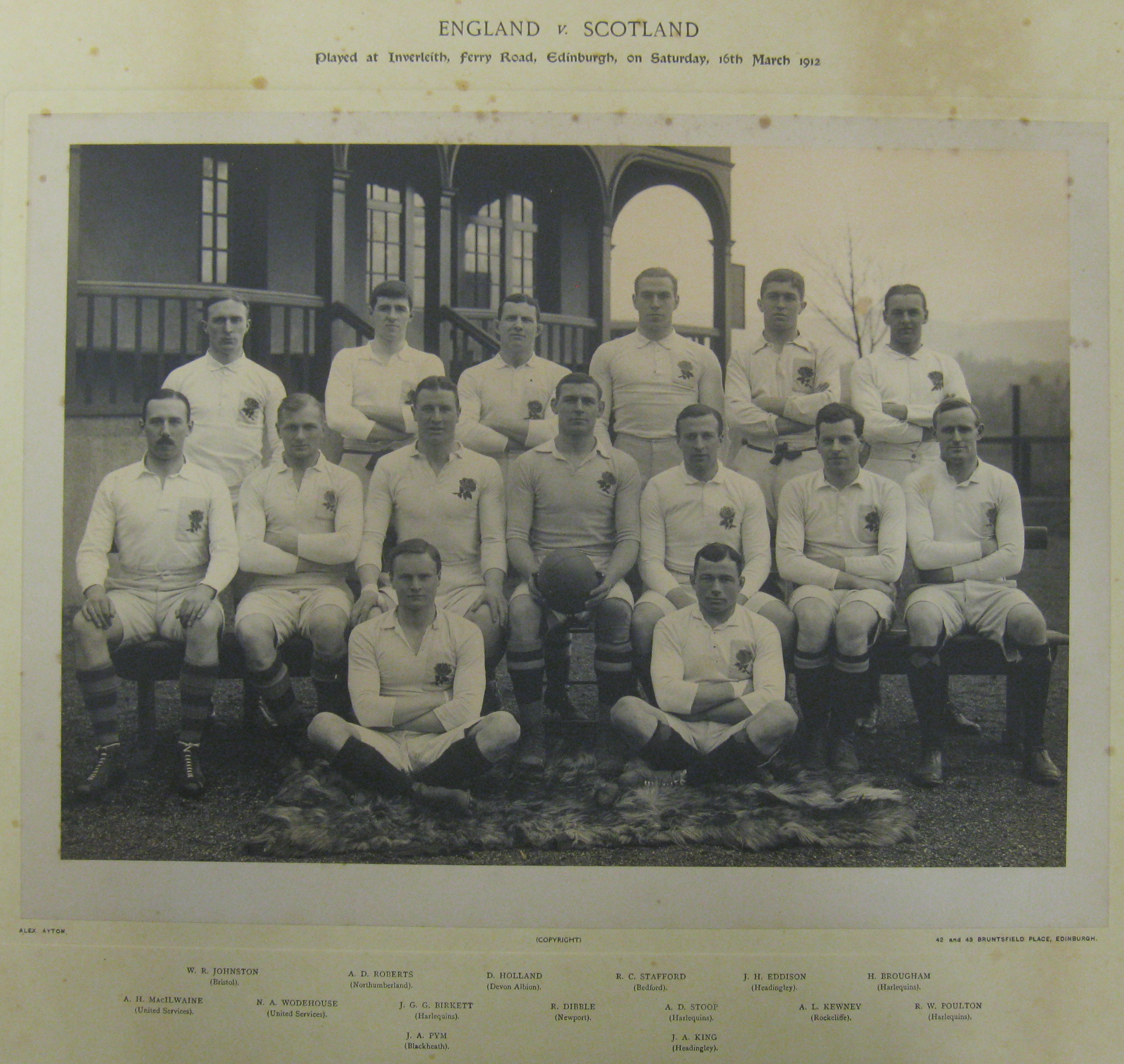