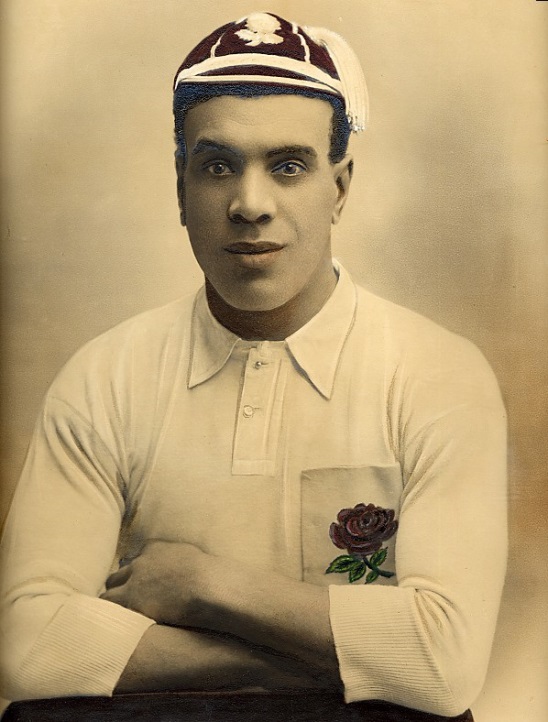 Jimmy Peters was a fast, elusive English half-back who rose to prominence firstly with Bristol and then Plymouth and Devon in the opening decade of the 20th Century. Abandoned as a child Peters was raised firstly at Fegan's Orphanage, Southwalk Street London and then the 'Little Wanderers' Orphanage in Greenwich. A naturally sporty child he captained the home's cricket and rugby teams and in their 1894 sport's day won the 100 yards sprint, 1 mile race, long jump, high jump and walking race.

He left the home in 1898 and found work as a carpenter in Bristol. After playing for 'Dings' in the Temple Meads area, he played for Bristol FC for the first time in 1900. In 1902 he resisted the opportunity to turn professional and instead moved to Plymouth where he played for Plymouth RFC and then Devon. In 1906 he was selected to play at half-back for England alongside Adrian Stoop. The duo helped England to defeat Scotland for the first time in four seasons. In his next match he scored a try whilst helping his side to a win in the first ever England-France international test-match. He earned five caps in total. Jimmy lived to the age of 74 and passed away in Plymouth in 1954. He was buried in Plymouth Old Cemetery. In 2014 the World Rugby Museum was contacted by the person responsible for the maintenance of the grave who informed us that it lacked a headstone and was subsequently impossible to identify. The following year a new headstone was installed that paid tribute to Jimmy's life achievements in becoming England's first black international rugby player. Learn more of Jimmy Peter's remarkable life by watching this short video: