A few weeks before the last year's Rugby World Cup, an article was posted on a website of Kyoto Shimbun (newspaper). The story featured Ishi Fukui, a woman who ran a sporting goods business from 1922 in Kyoto. The writer of the article implicitly implied Ishi might have been the creator of the Japan international jersey with three cherry blossom buds, which was first worn during Canada tour in 1930. 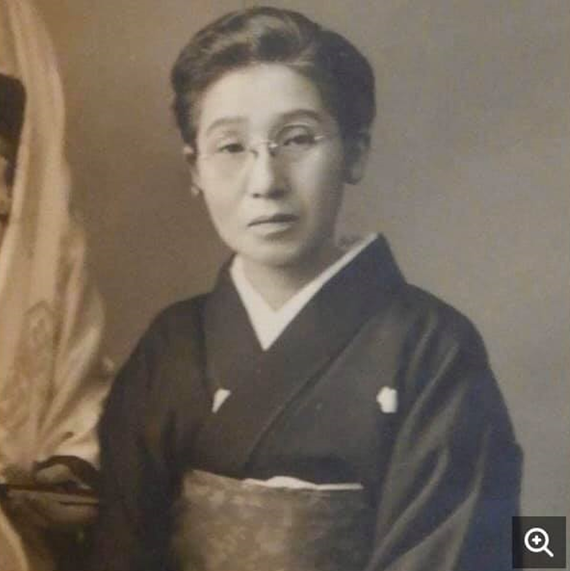 In the account, a grandson of Ishi, Kenichi Takada, 70, makes intriguing mention of his grandmother's work reminiscing the stories he heard in his childhood from his family and relatives. Takada testifies; "I hear the first emblem of Japan jerseys was designed by my grandmother." Takada continues; "My grandmother started a business all by herself. By nature, she was skillful at drawing and painting. She also designed some university jerseys. She was close to Chuji Kitajima, head coach of Meiji University RFC. While my mother was telling my grandmother's story, I heard about the emblem of the Japan jerseys." An article posted in Kyoto Shimbun on January 15, 1955 introduces Ishi's connection with rugby. The following is my tentative translation for sharing. "Born in 1892 in Kyoto, Ishi Fukui married into an Iwata family at the age of 17. Being an avid painter, Ishi continued to use her paintbrushes over a decade even after marriage. In those days, most of the women were obliged to make good housewives at home. Probably if Ishi lives today, she would have been sarcastically dubbed as a "lady who lunches". So deeply Ishi was indulged in art in her everyday life." "Ishi didn't like sports from her childhood. She was averse to even watching them. One day Ishi was advised to start her own business as she had thought playing all day was boring. Ishi faithfully followed the advice and opened "Iwata-ya" sports shop in a corner of Karasuma-Shijo district in Kyoto in February 1922." 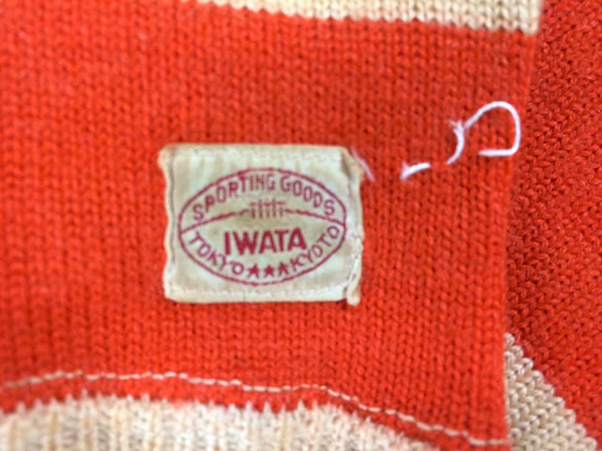 "Shortly after the opening, a young man dropped in at her shop. Apparently, he was fascinated by six-paneled Silcock's rugby balls displayed at the window. In that era, imported sporting merchandise were very rare and hard to come by, which naturally tempted the man to enter the shop and appreciate the pricey, luxurious rugby items in front of him. The man, Keisuke Tanimura, who devoted himself to forming Kyoto University RFC and captained the team, had been inspired by Shigeru Kayama". "When leaving the shop, Tanimura boldly asked Ishi for cooperation to the university club. "I understand it might not sound so profitable now but can you please take care of us? We want to play rugby but our club has no budget to buy a ball." "After Tanimura's visit, his teammates frequently stopped by Ishi's shop one after another. They asked the shop owner for procurement telling her the same reason as Tanimura had explained at his first meeting with Ishi." "As Ishi's relation with the students became closer, thoughtful consideration to the rugby enthusiasts started to be nurtured in her mind. Affectionately called "Auntie Rugby", Ishi gradually came to like rugby." "A year later, in 1923, the Ministry of Education commenced granting governmental subsidies to university sports clubs. Ishi, who was known to be on familiar terms with the president of Kyoto University through her avocational paintings, was asked by Takenosuke Okumura, the club's captain, and his teammates to represent the club for the purpose of securing from the university the amount of subsidy that the students quoted as their yearly budget. Ishi, along with her comrades, ventured into the university to make a plea for allocation of the subsidy. The club was successful in acquiring the budget. Their accomplishment largely owed Auntie's efforts and her long-cherished bonds with others." 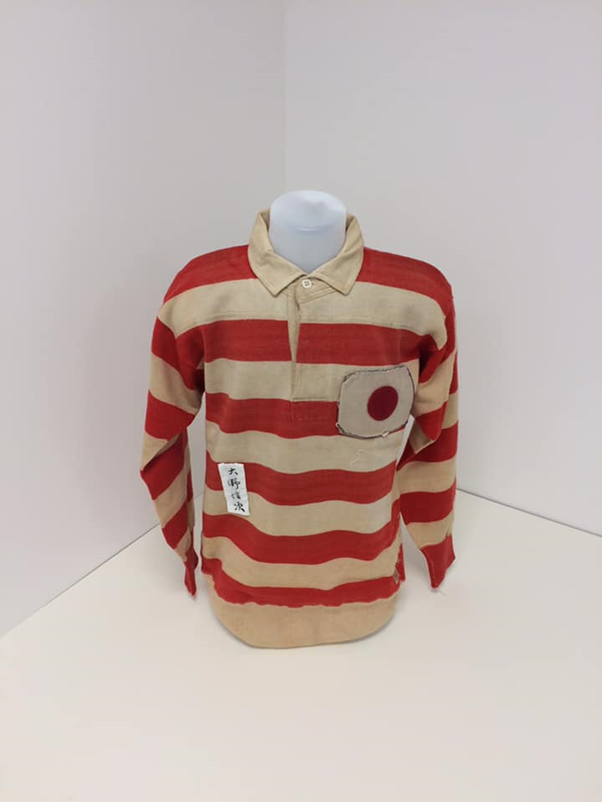 "In the 1930s, Ishi expanded her business. She opened a second shop in Kagurazaka, Tokyo in 1936. She not only continuously sold imported products but also got involved in manufacturing in-house merchandise. Some of the jerseys she fabricated were labelled "IWATA" and in later years, the name of Iwata's jersey was imprinted on the history of Japanese rugby." "Ishi went to see an Oxford game at Tokyo Rugby Ground when they toured Japan in 1952. There she had an emotional reunion with Takenosuke Okumura (Director of JRFU) for the first time in a while. They had a great conversation about good old days." According to the online article introduced in the beginning, Ishi enjoyed cigarettes and whiskies all through life. She passed away in May 1993, aged 101.

About the Author - Hideki Shoji is a translator of electronic components at a local company in Tsuruoka, Japan. He is a collector of rugby memorabilia and researcher on the history of Japanese rugby. He plays wing/fullback at Harbor Blacks, a local club in Sakata city.