Some rugby grounds inspire great performances and Twickenham is no exception. The great deeds of English players tend to dominate in the collective memories of English fans - think

or Andy Hancock in the 1960s - but there have been players from other countries who have reserved some of their finest performances on the rugby field for this part of south-west London. 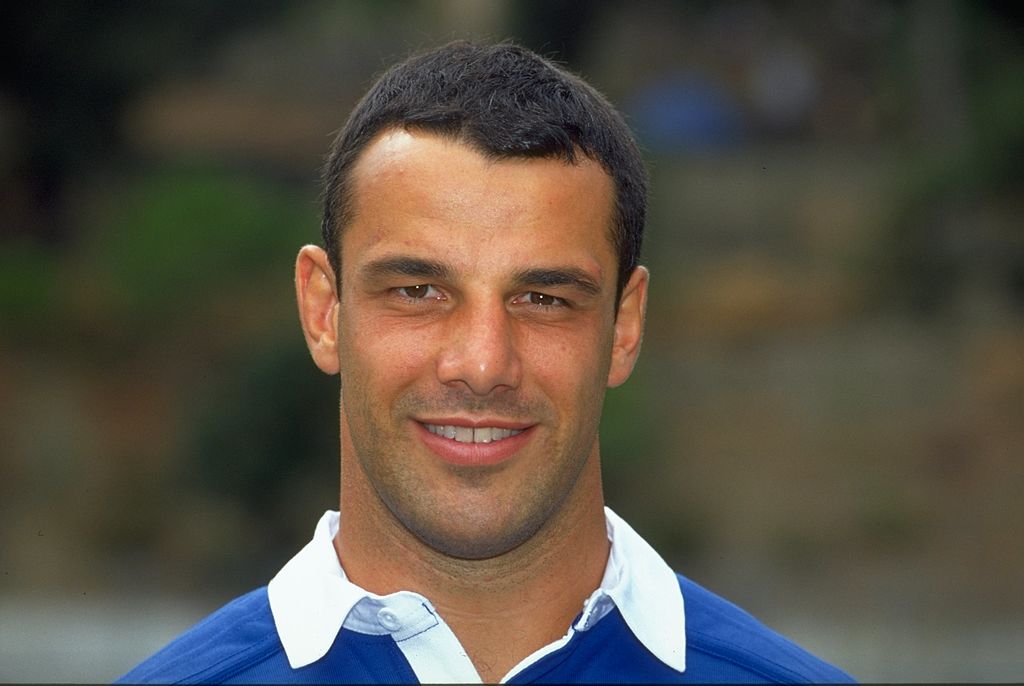 Such a player was the French three-quarter Christophe Lamaison from Brive who gave two of the finest performances by a Frenchman in two epic encounters at Twickenham in the late 1990s. Known throughout French rugby as "Titou", he had first appeared for France as a fly half in the two-match series against South Africa in the autumn of 1996. I was there at the second test at Parc des Princes and, composed and always in control, Lamaison had played well in a 12-13 defeat, although his drop kicking skills let him down near the end of the match when he had the chance to kick France to victory. Three months later he came to Twickenham on March 1st 1997 as part of a strong unbeaten French side, this time winning his fourth cap but playing in the centre. England had already overwhelmed Scotland at Twickenham and Ireland in Dublin and, despite France having beaten both Ireland in Dublin and Wales in Paris, England were firm favourites to win at home and march on to a likely grand slam. The tag of firm favourites seemed amply justified after fifty-five minutes of the match as England led by 20-6, but in that era you wrote off France at your peril. In the final twenty minutes of the match, Lamaison converted a try by the right wing Laurent Leflamand and then cut through to score himself and convert his own try to draw level with England on 20-20. He finished off by kicking the decisive penalty goal in the 77th minute to win the game for France by 23 points to 20. As he had already kicked a penalty and a drop goal in the first half, his final points tally was 20 which included a 'full house' of all the scoring options. France went on to defeat Scotland convincingly in Paris and win the Grand Slam. 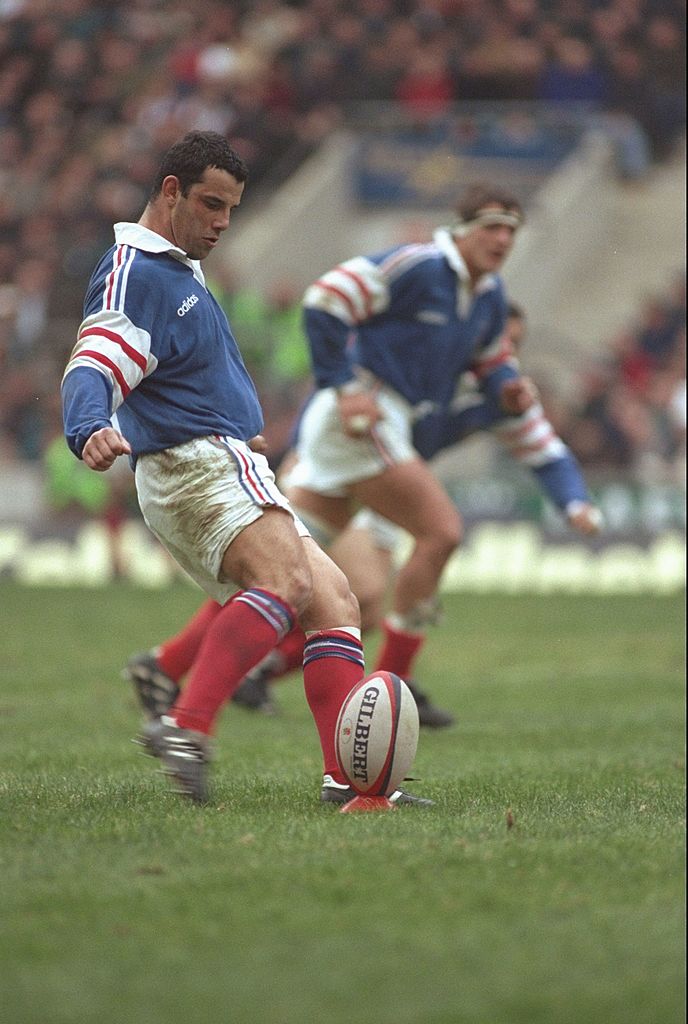 Christophe Lamaison played in the centre throughout the 1999 International Championship in which France won another Grand Slam and he returned to Twickenham two and a half years later on October 31st 1999 to face the All Blacks in the semi-final of the Rugby World Cup. What transpired on that afternoon has gone down to rugby folklore and ensured him a place in the pantheon of French sporting greats. Lamaison was regarded by many pundits as an excellent distributor but lacking in genuine pace, and he had not originally been the first-choice French fly half at the beginning of the tournament. An injury to the mercurial Thomas Castaignede gave him his chance and he had played impressively in the quarter-final against Argentina when he had scored 22 points in France's 47-26 victory. France's opponents in the semi-final were firm favourites to win, even on a neutral ground, as the All Blacks had the incomparable Jonah Lomu in his prime and a host of other great players. Although Lamaison himself scored the first try of the match after a slashing break by the winger Christophe Dominici, two tries by Lomu gave the All Blacks an apparently invincible lead of 24-10 after 45 minutes of the match. 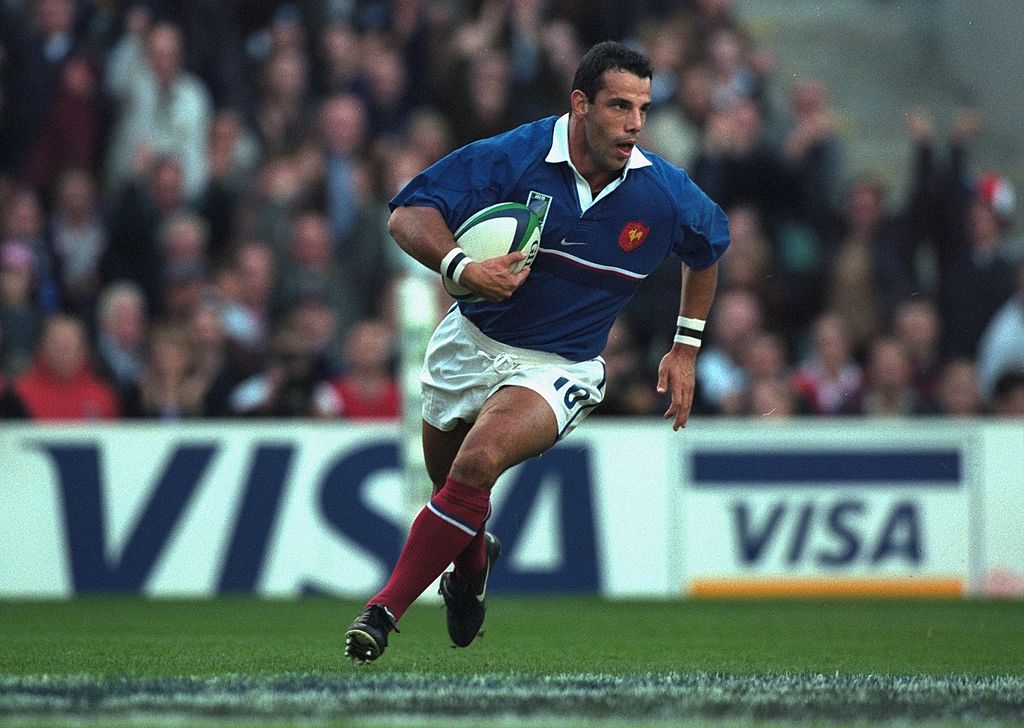 Within ten minutes, Lamaison had kicked two drop goals and two penalty goals to reduce the deficit to two points. Dominici then scored a try which Lamaison converted and four minutes after that Lamaison chip-kicked over the heads of the All Blacks backs into the in-goal area. Richard Dourthe followed up and touched down for a crucial try which Lamaison converted to give France a twelve point lead. With just six minutes of the match left and with the All Blacks desperately attacking in the French half, Lamaison was the French player who kicked the ball deep into the All Black half when one of the All Black attacks broke down and Philippe Bernat-Salles accelerated famously to win the race for the touchdown and certain victory. Lamaison converted that try to give him a personal tally of 28 points in the match. France who had scored 33 points without reply in just under thirty minutes were out of sight. The All Blacks did manage to pull back a converted try on the cusp of full-time but there was no way back. France had won an outstanding victory by 43 points to 31 and earned their place in the World Cup Final against Australia a week later in Cardiff. As history records, there was to be no fairy-tale finish for the French team as they were well beaten 35-12 by the Wallabies in the Final despite Lamaison scoring all their points with four penalty goals. Christophe Lamaison went on to win 37 caps in his five and a half year international career and to score a record 380 points for France. He only ever played two international matches at Twickenham, but what matches they were and all who saw them will never forget them.