Maurice Boyau was born into a wealthy family of French settlers in Mustapha in Algeria on May 8th 1888. As a young man he established a reputation as a cyclist and as an excellent all-round athlete, 1.81m tall and weighing 79kg, following the family's return to France in 1907. 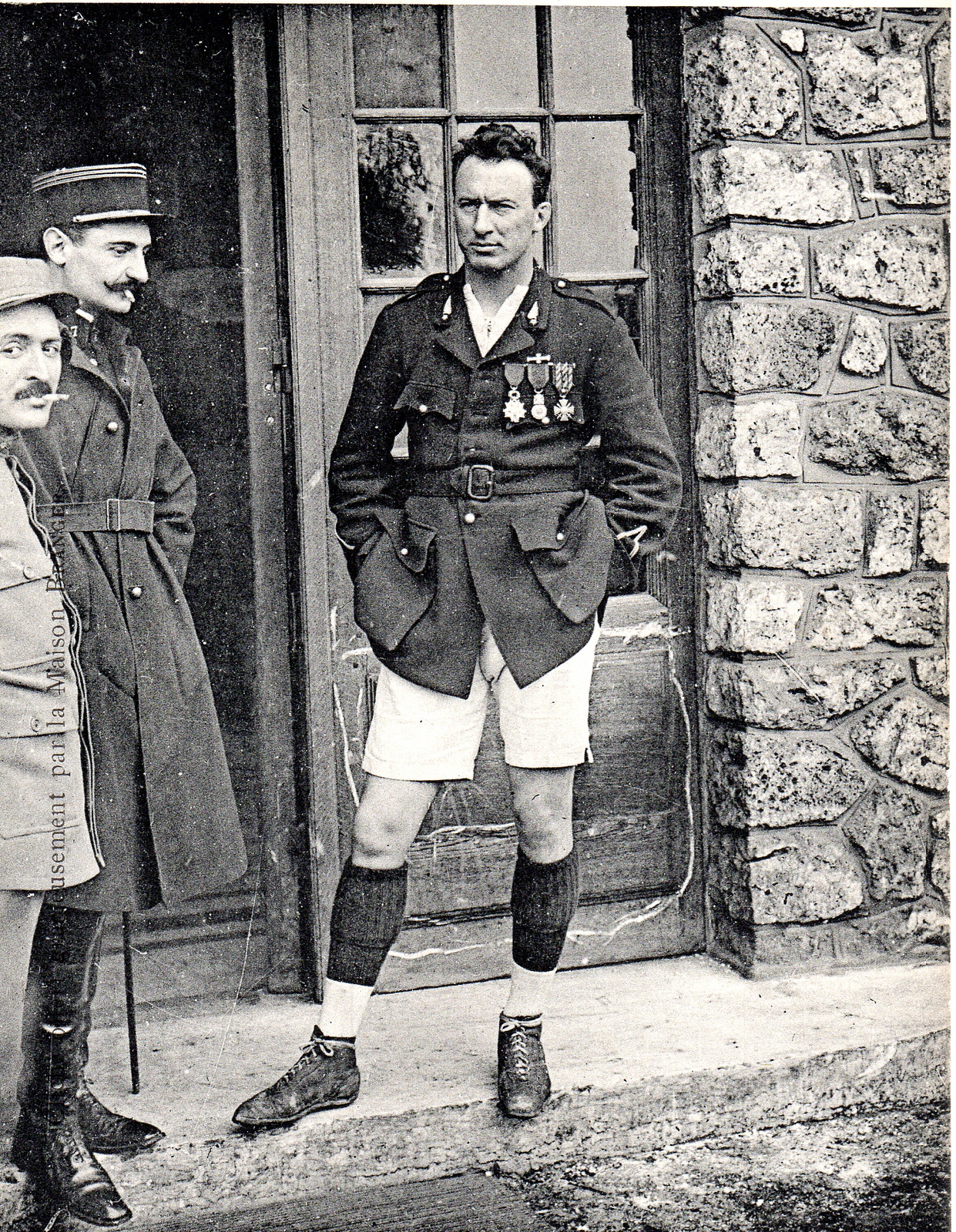 He played his early rugby as a back row forward for L'Union Sportive Dacquoise (Dax) and he became captain of the Dax team in 1909 at the age of just 20. He left for Bordeaux later in the year to carry out his military service in the 144th Infantry Regiment where he joined the Stade Bordelais Université Club (SBUC). Boyau played for SBUC and scored a conversion against Sporting Club Universitaire de France (SCUF) in their 14-0 Championship winning match in front of 16,000 spectators at Le Bouscat on 9th April 1911. His dynamic style of play foreshadowed many future French marauding flankers and he was a more than useful kicker in addition. His international debut came in the back row against Ireland on Monday January 1st 1912 at Parc des Princes in Paris and he was to keep his place throughout a difficult season for the national side. In a close encounter in which all the points were scored in the 1st half, Boyau was unable to convert either of the two French tries and Ireland managed to hold on to their 11-6 interval lead and win the match. Retained for the match against Scotland at Inverleith, he was part of a French pack that was overwhelmed by a vibrant Scottish team which won convincingly by 31-3. Not surprisingly, the French selectors made 10 changes for the match against Wales on March 25th at Rodney Parade, Newport. Although not originally selected, Maurice Boyau and the giant SCUF forward Jules Cadenat were late replacements in the forwards for Paul Mauriat and Pierre Mouniq. Boyau converted the 2nd French try by the Perigeux scrum half Leon Larribeau to give France an 8-6 lead at half-time, but the Welsh team was too strong and pulled away in the 2nd half to win by 14 points to 8. The final match of the season against England at Parc des Princes is chiefly remembered for the hostility of the crowd who invaded the pitch on several occasions. The England team was dominant for most of the match and led by 18 points to nil early in the 2nd half. France recovered with two tries scored by each of their wingers, Julien Dufau and Pierre Failliot, the second of which was converted by Boyau, but England's substantial lead was too great for France to overhaul and they lost the match by 18 points to 6. 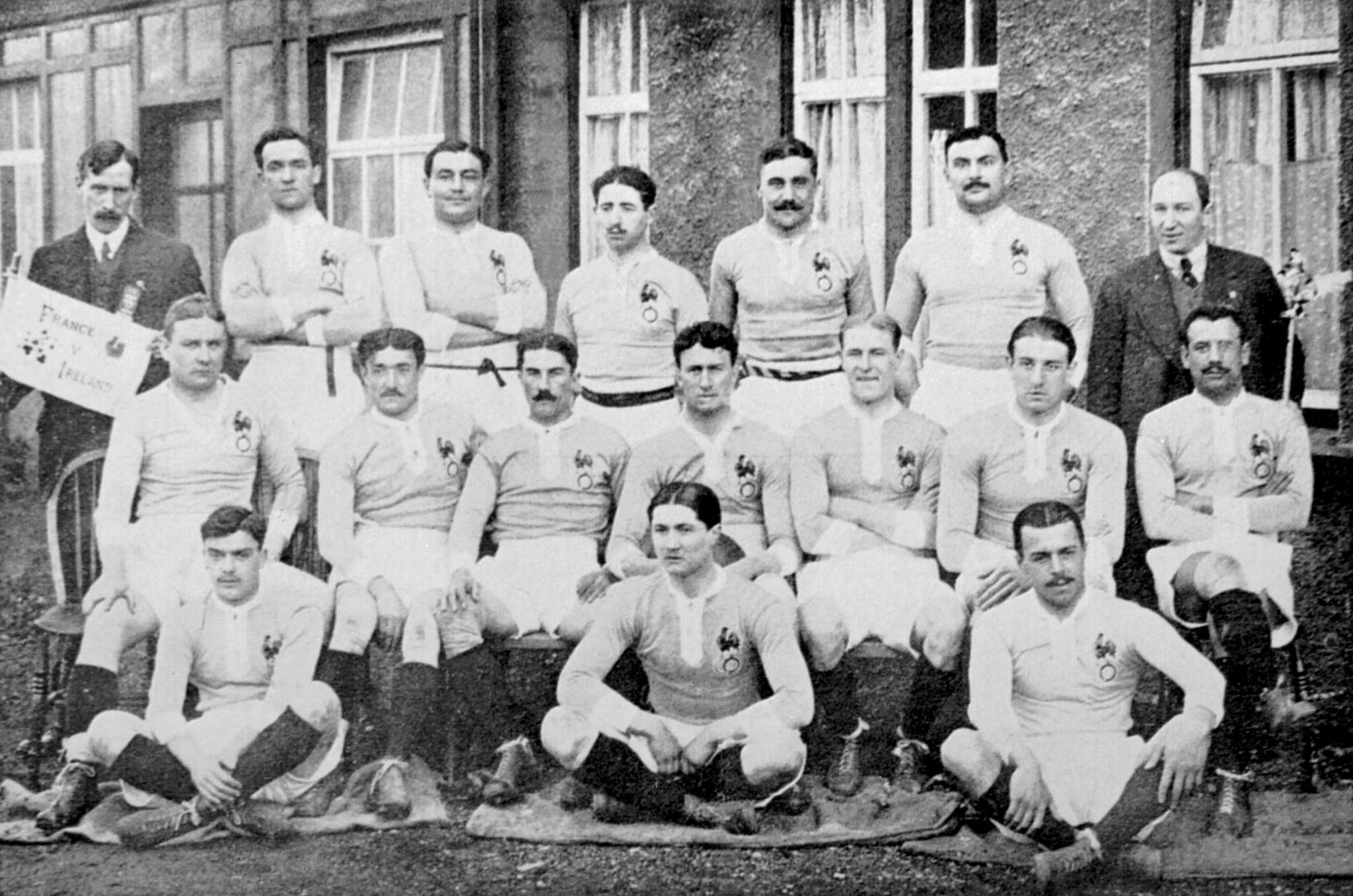 He was not selected for the first three internationals in the 1912-13 season but was recalled to play in the back row against Wales on February 27th at Parc des Princes. This closely fought contest was heading for a draw at 8-all when the Welsh fly half Clem Lewis scored the winning try to give Wales an 11-8 victory with five minutes left of the match. For the final match of the season, France travelled to Cork to play Ireland. Unusually the match was played at 12.30 to allow the spectators to go and watch the races at Cork in the afternoon. Maurice Boyau was chosen as captain in what was to be his sixth and final international, but this was not a happy experience as the French team was completely outclassed and lost 24-0. This was not the end of his rugby-playing career however. During the war he played for Sporting Club Versailles and then Racing Club de France for whom he played in the team that won the Coupe de l'Esperance in June 1918. He played in one wartime international against a strong ANZAC side on April 8th 1917. He captained the North in their 31-10 victory against the South on February 10th 1918 but was not released from military duties to play against an ANZAC side a week later. How good a rugby player was Maurice Boyau? His compatriot Georges Andre, the Olympic sprinter and international winger, described him as:

If his rugby career was distinguished, his military record was exceptional. Already a professional soldier for some years, he transferred to the 18th Escadron du Train des Equipages as a driver before qualifying as a pilot in the Service Aéronautique in November 1915. His first 'kill' took place on March 16th 1917 and he shot down his first enemy observation balloon shortly afterwards. His reputation as an outstanding pilot grew and grew. Awarded the Medaille Militaire on June 27th 2017, he was made a Chevallier de la Legion d'Honneur in September and given the Rosette d'Officier de la Legion d'Honneur in July 2018. His citation recorded that he had reported 27 victories, having downed 16 observation balloons and 11 aeroplanes. The life of a pilot in the First World War was an extremely dangerous one and Maurice Boyau's luck finally ran out on September 16th 1918 when he was shot down and killed in a dogfight with the German air ace, Georg von Hantelmann. His final tally of 35 victories in just over 18 months made him the fifth most successful French fighter pilot of the First World War.

Boyau's teammates from Racing Club de France on 29th September 1918, a few days after his death. With thanks to the Lacoste family for the image.

The rugby world never forgot this remarkable man. A bronze statue of Maurice Boyau by the sculptor Francois Cogne was paid for by public subscription and unveiled in Dax in 1924, and the Dax rugby club gave his name to its new stadium - Stade Maurice Boyau - when it was re-built in 1958. Sources: