1905 was an exciting year in Cardiff. In recognition of the city's importance as one of the great economic and industrial successes of the age, Cardiff was granted city-status by King Edward VII; the National Museum was founded in Cardiff; and for rugby fans, Cardiff was the location of some fantastic international rugby from a Wales side on the cusp of global preeminence. The day that kick-started the glorious year for Welsh rugby was 14th January 1905, when England were heavily defeated by the home side at Cardiff Arms Park. Using a bit of twisted humour, a funeral notice was produced for 'Poor Old England' who lost 25-0 on that fateful day.

In the early 1900s the popularity of rugby was soaring in Wales and games were regularly attracting crowds of 30,000 per match at Cardiff Arms Park. 14th January 1905 was no exception, attracting over 30,000 spectators who were keen to see a decent game of rugby. Historically, England and Wales matches had tended to conclude in an England victory, but from 1899 Wales had either won or at least drawn their annual matches. 1905 would be no an exception. 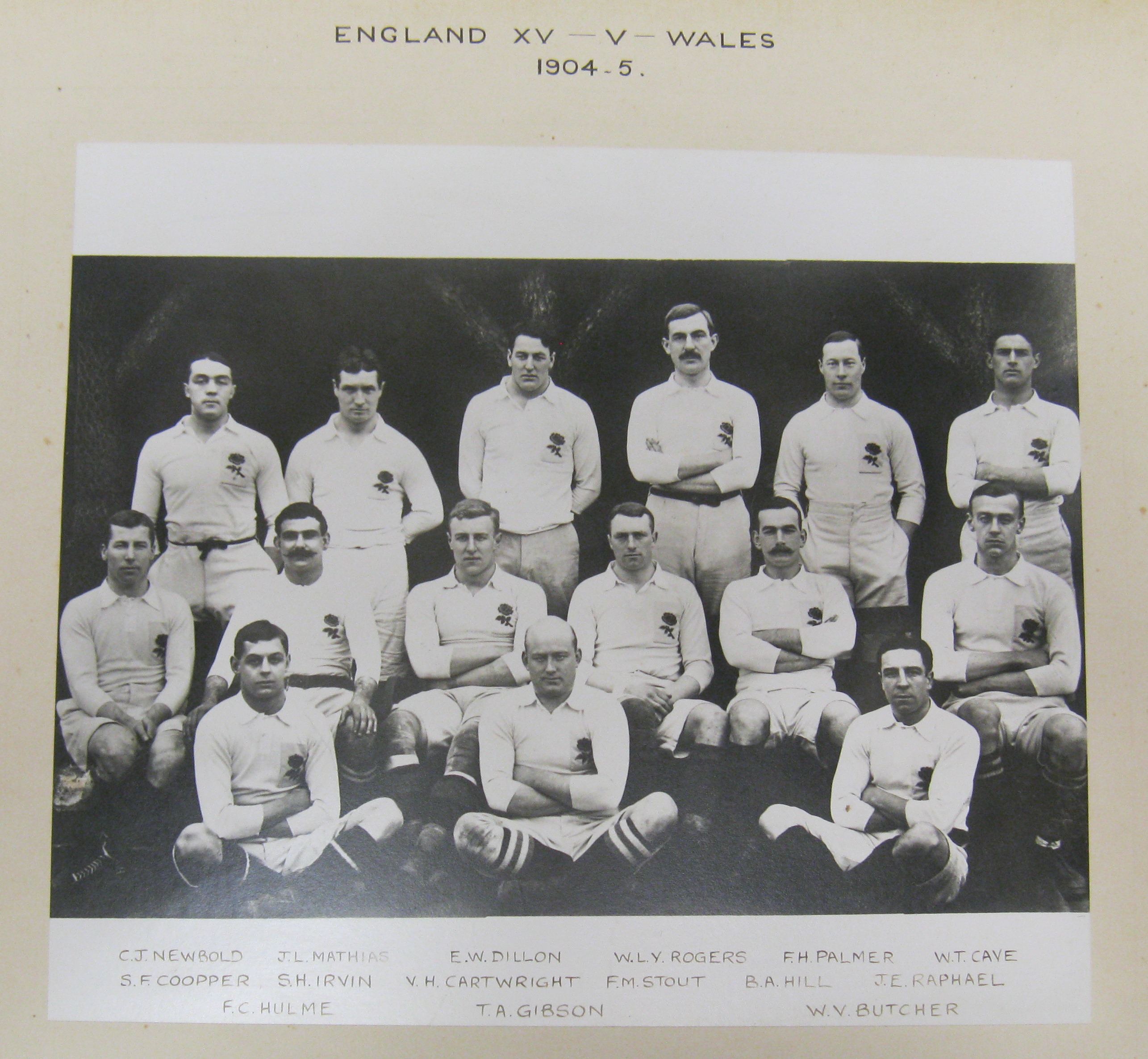 Wales defeated the England team with 'ruthless efficiency' according to John Griffiths in his 'Book of English International Rugby'. After just three minutes, wing Teddy Morgan had already scored a try for Wales, followed by another from Captain Willie Llewellyn on the other wing soon after. By half-time, another try and conversion saw Wales sitting comfortably at 11 points, with England left dismally at nil.

By full-time, a few more tries saw the complete whitewashing of England, who lost 0-25. Griffiths notes that 'only in defence were any of the Englishmen singled out for praise'. The plethora of unanswered tries in the game gave Wales their largest ever victory against England. To mark this achievement, a silver and enamel medal mounted with a Welsh dragon was produced and presented to the players. In light of England's blunders, an 'in memoriam' card was published by the Welsh. Under an image of a black Victorian funeral carriage, the card mockingly reads:

The Match by Wales has been won,

And Poor Old England has been done;

She hopes to win some other time,

When she once more is in her prime.

MAY SHE REST IN PIECES"

Later that year Wales would defeat the All-Blacks and could lay justifiable claim to being the strongest side in the world. They maintained their dominance against England throughout the 1900s and it was only the construction of a new stadium that finally allowed England to finally break the curse in 1910. The 1905 'in memoriam' card and medal are on display in the Six Nations gallery in the new World Rugby Museum. For further information visit: www.worldrugbymuseum.com