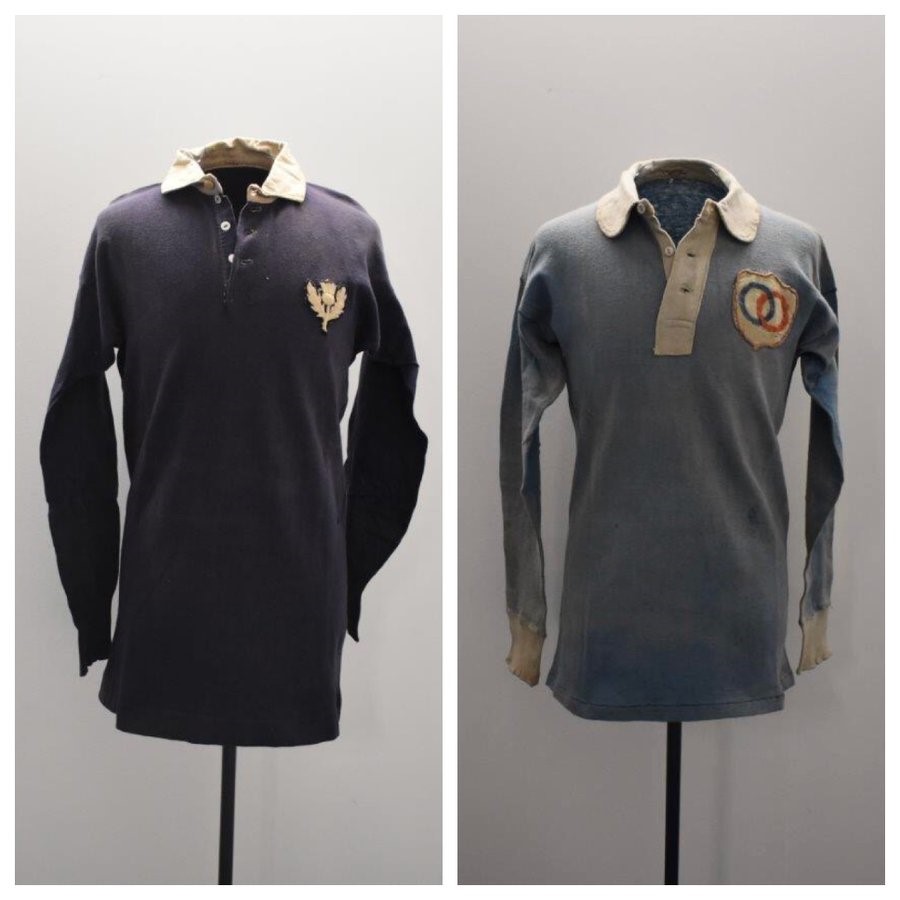 The opening match of the 5 Nations Championship in 1913 was beset with problems from the outset. The original venue for the match, Stade Colombes in Paris, was flooded so the rugby match between France and Scotland on New Year's Day was moved at a late stage to the Parc des Princes.

France had beaten Scotland 16-15 on their previous visit to Paris in 1911 so expectations were high among the French public that their team would win the match. 25,000 spectators cheered their team on as they took an early lead with an unconverted try by one of their three new caps, forward Jean Sebedio from Tarbes. Scotland hit back with two tries in five minutes from their right wing, WA 'Bill' Stewart, a Scottish sprint champion born in Tasmania and a medical student at the London Hospital. His second try was converted by their Scottish captain, FH 'Fred' Turner to give Scotland an 8-3 lead and there was no scoring during the remainder of the first half.

The second half was a noisy affair as the crowd became increasingly restive. Scottish centre and army officer Roland Gordon ran in from far out for Scotland's third try in the 56th minute and Turner's conversion stretched the lead to 13-3. Although the French team remained competitive to the end of the match, they gave away a number of penalties and the Scottish three-quarters Stewart and Gordon both scored further tries in the final five minutes, one of which was converted by Turner, to give Scotland victory by 21 points to 3.

In the concluding stages the French crowd became increasingly incensed by what it perceived as the over-zealous handling of the match by the English referee, James 'Bim' Baxter. Baxter (1870-1940) was an Olympic oarsman and a former Birkenhead Park, Cheshire and England international forward and who had won three caps in 1900. This was the first of the nine international matches he refereed between 1913 and 1925 and he was known for his strict and precise handling of matches, an attribute that was clearly not appreciated on this occasion by the French crowd.

At the final whistle there was a pitch invasion and Bim Baxter was escorted off the field by the French police with the assistance of some of the players who were themselves caught up in the maelstrom. Tempers cooled fortunately but the Scottish press was forthright in condemning the behaviour of the crowd. The report in the "Scottish Referee" two days after the match stated:

"The police were not slow in their endeavours to quell the disturbance, but despite their every effort they could not prevent the Scottish players and the referee being mobbed. The official was rather badly assaulted. Several of the Scots while on the way to the pavilion were badly jostled and a few were struck by stones.

A uniformed man approached Mr Baxter so menacingly that the police at once arrested him. The soldier, however, was liberated almost immediately, and after being loudly cheered by the crowd, was carried shoulder high round the enclosure. Happily the visitors got off without any serious injury, but they will not readily forget their exciting experience."

It was inevitable that such a crowd disturbance would have repercussions. The Scottish Football Union took the decision to cancel the fixture against France the following year because they believed that the integrity of the referee and the right of a referee to make on-field decisions had been massively undermined by the crowd's behaviour.

How long such a cancellation of fixtures between France and Scotland might have lasted was rendered irrelevant by the outbreak of the First World War eighteen months later. Of the thirty players that took the field in Paris on that volatile afternoon on New Year's Day in 1913, fourteen players lost their lives in the war including both captains among the nine Scottish and five French players.

As for Bim Baxter, he went on to become President of the Rugby Football Union in 1926-27 and Manager of the Rugby Football Union tour to Argentina in 1927 and the British and Irish Lions tour of Australasia in 1930. He was also a member of the International Board from 1926 to 1939 but, although there was complete official support for Baxter's handling of this match, he never refereed another international match involving France.