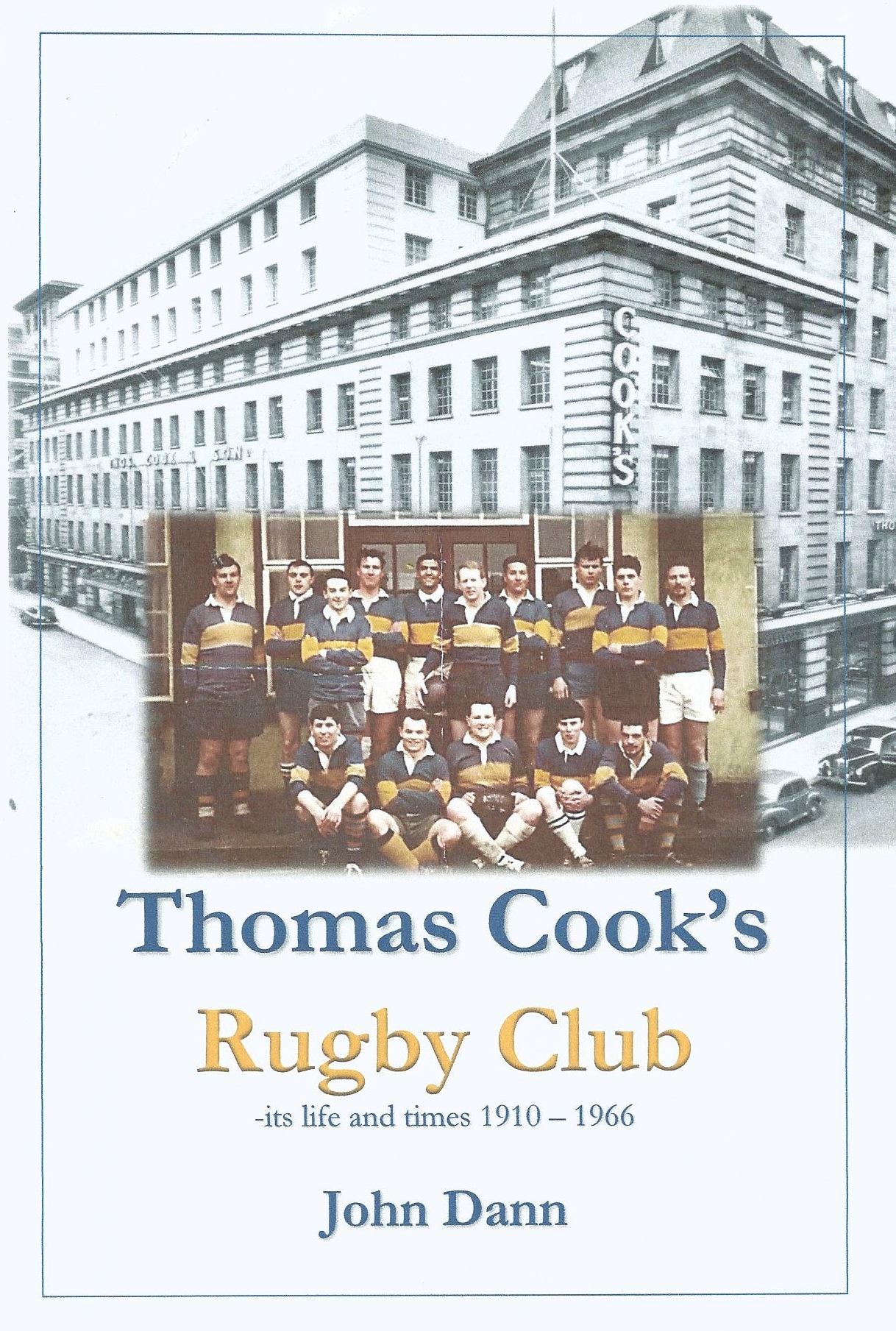 The book, Thomas Cook's Rugby Club 1910-1966, tells the story about the life and times of the illustrious travel firm and its rugger club. The firm was described as a company with contacts everywhere, and by the time of Edwards VII's coronation, it was reckoned to be among the "three most competent organisations in the world" - the other two being the Roman Catholic Church and the Prussian army. It describes club activities from the Edwardian to the Elizabethan age. Set against a backdrop of music halls, jazz and cocktails, two world wars to the birth of rock and roll, and its demise in the swinging sixties. The period coincides with the so-called 'golden age' of rugby - loosely the amateur game played after the First World War - through the Second to the immediate post war years. The inter-war years had seen more rugby clubs founded in England than in any other decade, with many schools changing from Association football. The growth of the rugby playing grammar and public schools eventually produced many old boy sides which formed a strong part of Cook's fixture list. In London and the south East particularly, business houses quickly saw the benefit of team sports and with their paternalistic views established sports clubs, and their financial resources purchased substantial prime acres of home-counties land, laying playing fields and building club houses. Many of these were designed in the 'colonial pavilion' or 'Edwardian mock Tudor' styles, mimicking home-counties country clubs found all over the Empire -when we still had one. Such as the magnificent East Molesey clubhouse of Chartered Bank of India, Australia and China, a Jacobean-style red brick house, built in 1881 and known as the Wilderness, the Harrodian sports club in Barnes, later turned into a school, and the BBC sports club at Motspur Park, complete with clock tower -where episodes of the 'Two Ronnie's' and 'Monty Python' were filmed. Looking back at Cook's fixture lists, it is amazing the freedom and diversity of the opposition played during the 1950s and 1960s -impossible today, with the RFU league system. They ranged from the high profile well established clubs like London Scottish, Rosslyn Park and Wasps, as well as at least three founder members of the RFU -Civil Service, King's College Hospital and Wimbledon. Old-Boys sides from Kent and Surrey schools such as, Beccehamians, Caterhamians and Purleians, Colleges and Medical schools like Kingston Technical College (now University) and Royal Free Hospital. Business houses such as British Petroleum, Decca, Ford, Harrods' -the Knightsbridge department store and J. Lyons who operated teashops and corner-houses. Insurance companies like, Commercial Union and Prudential, as well as Government and state institutions ranging from the Coal Board, BBC, Customs & Excise, to the Civil Service, and Port of London Authority. Overseas banks like Chartered and Standard, and others like Barclays, Westminster and National Provincial (now merged into Nat West). British European Airways (BEA), which merged with BOAC to become British Airways. The regional railway companies such as Southern, London Midland Scottish and Great Western Railways. As well as military teams like HAC -Honourable Artillery Company and the U.S. Marines (who took time off from guarding the American Embassy in Grosvenor Square). 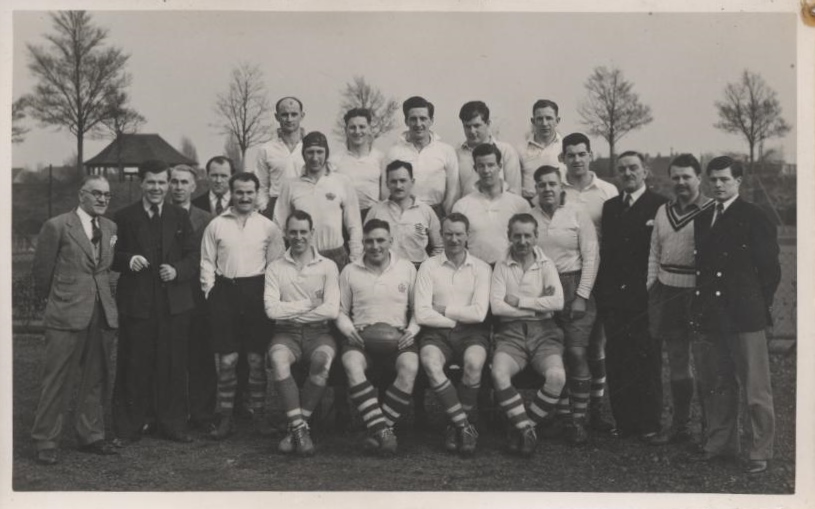 The rise and fall of House and Old Boy Clubs By the swinging sixties the 'golden age' was becoming a little tarnished. In this new world, many old boy and house clubs were finding it difficult to recruit new players, and became 'open clubs', offering membership to all comers. The old boys fared better than the house clubs, with a larger degree of autonomy, often merging with each other, re-branding themselves and dropping 'old' from their names. Corporate paternalism was in retreat and, as the house clubs memberships diminished; the 'money men' looked to turning their real estate assets into cash. In 1975 Cook's moved its London headquarters to Peterborough selling off its home-counties Ravensbourne ground in Kent. The playing fields and the old Mock-Tudor clubhouse opened by the founder's grandson seventy-six years earlier, was burnt down in 1998 due to vandalism. It was sold to Lewisham Council as part of the wider Beckenham Place Park open space. The book contains many anecdotes -like shopping for kit at Lillywhites ('Are you being Served?'), moonlighting in Soho, describes how fixtures were arranged (in a pub of course), features the firm's celebrity clients, from Rudyard Kipling to Mahatma Gandhi, not to mention Royalty who had travelled with Cook's reading like pages from the Almanach de Gotha. It contains brief cameo portraits of opposition clubs, accounts of the much loved Dutch tours -Cook's hosted the first overseas tour by RC Hilversum in 1959, together with player sketches; describing the fun and camaraderie enjoyed in the old amateur game - and its long forgotten songs. The story culminates with the club's reunions 40 years on. The book includes a full appendix with fixture records, including a list of clubhouses that mysteriously burnt down.

About the Author - John Dann was born in Wales where he learnt his schoolboy rugby. He spent a life-time in the travel industry. He is widely travelled, now a writer and historian, a keen rugby spectator, and enjoys all things maritime, lives and sails in Cornwall Thomas Cook's Rugby Club 1910-1966 is available to purchase here: https://www.thegreatbritishbookshop.co.uk/book/john-dann/thomas-cook-s-rugby-club