Barney Burnham recalls Wasps' memorable run to the final of the 2004 Heineken Cup...

The semi-final game was to be played on Sunday, April the 25th. I was scheduled to work overnight on the Saturday, finishing at 5am on the Sunday. That gave me time to go home, have a shower, then dash to Heathrow to catch an earlyish flight to the Irish capital. I arrived in the city centre shortly before the pubs opened. As I waited outside a place where I'd arranged to meet some friends, a young lady in a Munster shirt chatted with me. I told her that I'd been up all night, so I wasn't sure whether my first pint of a certain stout would be a nightcap or breakfast. We went our separate ways, unaware that we would meet again a few weeks later, of which more anon. The match was an epic, generally regarded as one of the greatest, if not the greatest of all club games ever played. On a sunny afternoon, a crowd of 50,000, about 98% of them wearing the red of Munster, witnessed a game which none of them will ever forget. After trailing 17-15 at halftime, Munster came back to go ten points ahead, 32-22, with only fifteen minutes remaining. Wasps were not to be denied, as a penalty and converted try brought them level, before hooker Trevor Leota burrowed over in the corner for the last-gasp score which broke Munster hearts. The following morning, one of the generous local newspaper reports described the burly Samoan as "a man who looks as if he was fathered all right, but probably never mothered!" As the final whistle blew, I turned to the friend sitting next to me. We were both emotionally drained and neither of us could speak. It took several seconds before I gathered myself and just about managed to blurt out the words "That has to be the greatest game I have ever seen." 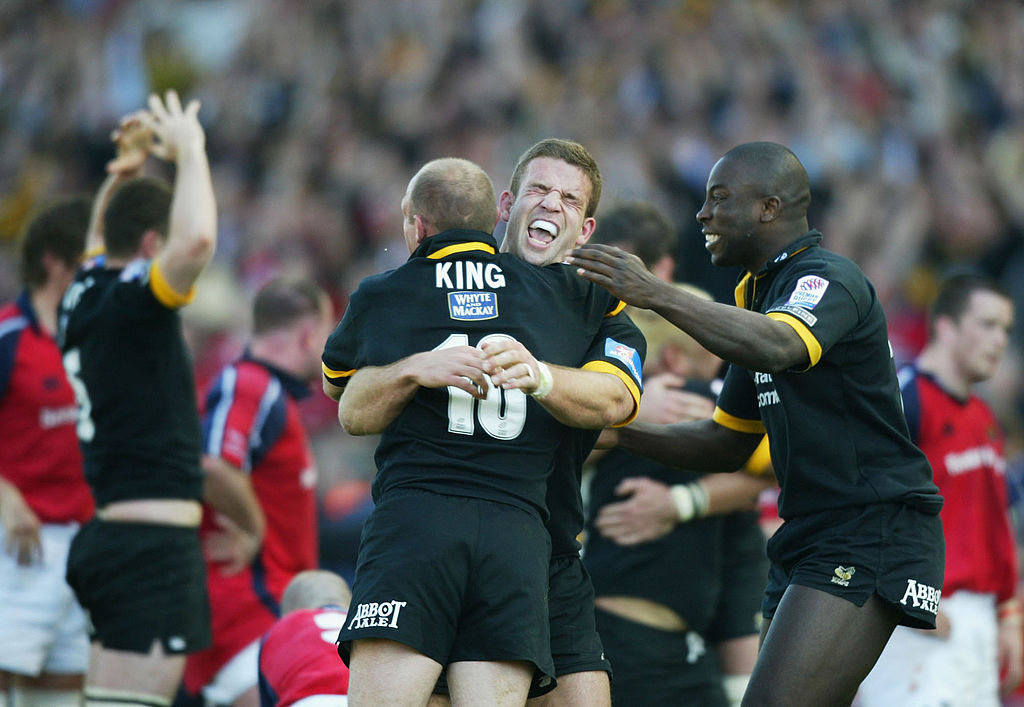 A memorable night of celebration followed. Wherever we went, Munster fans approached us, shook us by the hand and offered warm, sincere congratulations on a deserved win. The evening was made all the happier, because my sister and her family were in Dublin. She was celebrating a major birthday that day, and they had arranged a weekend in Dublin, long before anybody knew that the semi-final would be held there. They hadn't attended the game, but by the end of the evening, they were as excited about it as I was. Before meeting Toulouse in the Twickenham final, Wasps secured another second place in the Premiership, before another semi-final win over Northampton booked a final date with Bath. Then came Toulouse, in another epic encounter which was decided by one of the most dramatic climaxes ever produced in a top-level final. The French galacticos put on a show of mesmerising rugby, afterwards hailed by Warren Gatland as some of the best he had ever seen. Despite this, Wasps had kept their noses in front, outscoring them by two tries to one before the defining moment which has gone down in history. Coach Shaun Edwards's maxim, displayed on the dressing-room wall, was "DEFENCE WINS CHAMPIONSHIPS", and so it turned out, in a barely believable display of defence, Man-of-the-Match Joe Worsley put in a tackle count in the mid-thirties. After an early second-half try had put Wasps 20-11 ahead, Toulouse gradually clawed their way back, through the boot of Jean-Baptiste Elissalde. His third penalty levelled things, with only three minutes remaining. Wasps had kept their starting XV on throughout, but Toulouse had a line-up of superstars on the bench and the prospect of extra time was not a happy one for Wasps supporters. Then came the moment. A Toulouse error and a piece of opportunism which was to bring Wasps their greatest prize. Scrum-half Rob Howley gathered a drop-out, just inside the Toulouse half, a few metres in from the left touchline. He kicked ahead and set off in pursuit. Waiting to gather the ball was the Toulouse and France full-back Clément Poitrenaud. He stood in the in-goal area, ready to dot down for a 22, as the ball approached, closely pursued by Howley. Poitrenaud waited and waited, and waited, but he waited just a fraction too long. As the ball arrived, and he gathered it with his hands between his knees, Howley dived forwards, snatched it from his grasp and dotted down. There was an anxious wait as the officials consulted the TMO, but the try was then signalled and the Wasps areas of the stadium erupted. The try was converted, Wasps comfortably negotiated the closing seconds and the whistle went, to crown them champions of Europe. 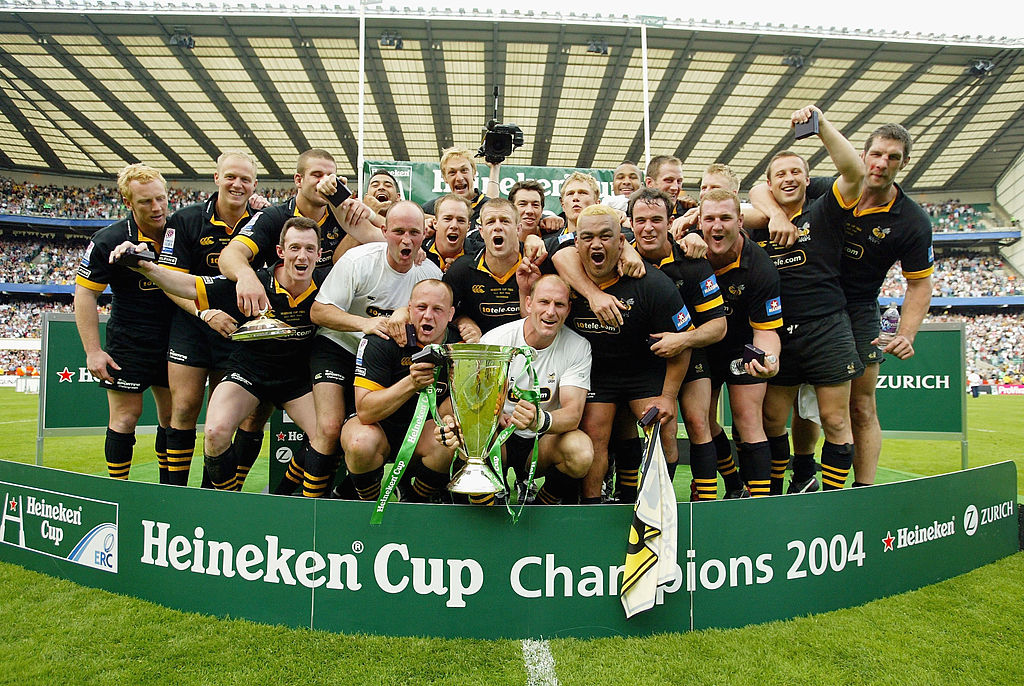 Spare a thought for the unfortunate Poitrenaud, whose twenty-third birthday had fallen just three days earlier. He was so devastated by his blunder that he went off and locked himself inside the team bus for over an hour. To his great credit, he came back to enjoy a long and distinguished career, which included three victorious Heineken Cup finals. The celebrations in the Twickenham car-park saw players and coaches joining the delirious fans, not only of Wasps, but of clubs from all over Europe, mingling happily together. We were also joined by footballers Jamie Redknapp and Tim Sherwood (guests of Kenny and Gabby Logan), both of whom observed, rather ruefully, that similar scenes just could not happen in their own sport. The cup soon appeared and joyful fans lined up to be photographed with it. It was now getting dark and the car park was about to close, so the festivities then moved to a pub in Richmond. I eventually tore myself away and went to the bus stop outside, waiting for a bus to take me somewhere in the general direction of home. As I stood there, a female Irish voice said; "I know you!" It was none other than the young lady from Munster, whom I had encountered before the semi-final. "You were waiting outside a pub in Dublin and you didn't know whether your first pint would be breakfast or a night-cap." We exchanged a few friendly words and went on our way, rejoicing.

About the Author - Barney Burnham has been a Tour Guide at Twickenham Stadium since 2005. A Wasps supporter for over 25 years, he has been the club's official match reporter for 12 seasons, has a regular column in their matchday programme, and co-wrote '150 Years of Wasps'.