As a collector of rugby memorabilia I am always keen to show off my collection. I write a monthly newsletter, 'Burglar Bill', to share my Wakefield related memorabilia with a like minded audience and I run two Facebook groups which share my interests of pre 1950 rugby memorabilia and Baines cards with a wider audience. However, both these approaches lack the personal touch and I always look for a chance to share in person - with my family, friends and work colleagues being in the firing line. They are now used to me talking about and sharing my latest finds. Although none of them will claim to be rugby enthusiasts I believe each can find something of interest in viewing rugby memorabilia. Take for example a local rugby programme. The rugby side will hold no interest but the adverts for long gone shops and products always spark a conversation. Social historians can use programmes to see how shopping patterns have changed over the years or how businesses have adapted to a changing world. For example, one business that used to advertise in Wakefield RFC's programme changed from being a coal merchant into an undertaker!

Player interviews in programmes can reveal a rapid changing taste in entertainment, fashion and cars - how we now laugh at the selection of a Ford Granada as a players dream car! Changes in technology are demonstrated in programmes. Thorn-EMI sponsored the County Championship in the early 1980s and the match programmes are full of, what we now view as, bulky home videos and tapes or other pre digital obsolete products. Graphic designers will be amused by some of the basic artwork which accompanied the adverts - forerunners of the clipart that proliferated in the early days of desktop publishing, but on the other hand, some of the hand drawn art which is usually found on Victorian and Edwardian era dinner menus are worthy of exhibition in a gallery.

Dinner menus of this era provide an opportunity to see what rugby players would have eaten and drunk at social affairs. Banquets fit for a King - and sometimes the Royals were in attendance - allowed the middle and upper classes to eat in the style they may have been accustomed to, but also provided a rare opportunity for the working class player to indulge and escape, well at least for one day, from a 'bread and dripping' diet. Tour itineraries contain glorious detail about times, meals, train changes and social breaks, all in a document usually small enough to fit into a blazer pocket. Talking of blazers, photographs allow an insight into the fashions of the day - not just amongst the players but also crowds and the almost compulsory wearing of flat caps pre-World War 2. 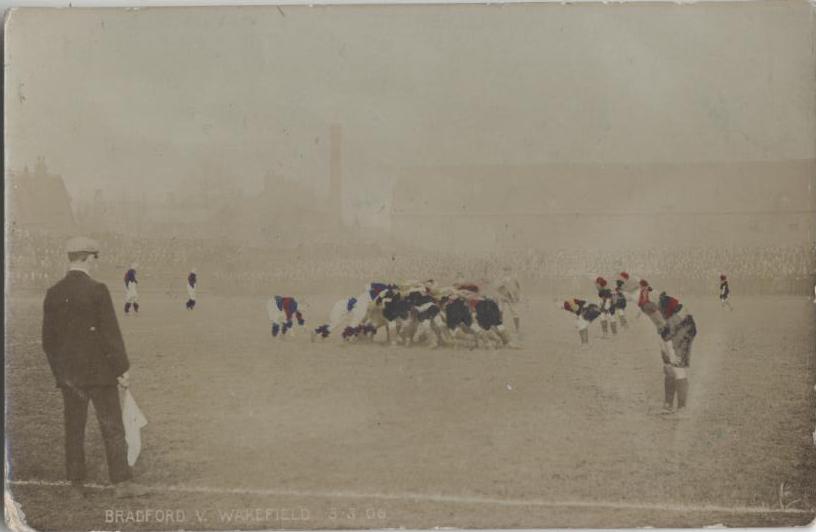 So when you offer to share your collection with a non-rugby enthusiast in the future, don't be surprised if they do find something which interests them in some non-sporting way.