45 years ago, Gareth Edwards scored "that try" playing for the Barbarians against New Zealand. The date was 27th January 1973 and it was the final match of New Zealand's 1972/73 tour to the British Isles.

Cardiff Arms Park was host to the first defeat of New Zealand by the Barbarians, 23-11, in front of a 50,000 strong crowd. Unsurprising perhaps, as this particular Barbarians side was predominantly made up of former British Lions.

12 of the team had been part of the 1971 Lions tour to New Zealand and Australia, including Mike Gibson (69 caps for Ireland) and John Dawes (22 caps for Wales) who returned from semi-retirement to captain the Baa-Baas. Edwards was another who had been part of the '71 tour and within the opening minutes of the match had provided one of the most highly regarded moments in rugby union history. Capping off a move that began with a Phil Bennett sidestep deep within their own half, Edwards' try caused BBC commentator Cliff Morgan to claim that 'If the greatest writer of the written word would've written that story no-one would have believed it'. After such a strong start, the Baa-Baas were on a roll and closed the first half 17-0. The second half saw the All Blacks, headed by Ian Kirkpatick, comeback strong but ultimately it was not enough to prevent the Barbarians' victory. Nearly half a century after the event, Edwards' try and the match as a whole is still firmly embedded in the collective memory of the game. To quote Nigel Starmer-Smith (The Barbarians: The Official History of the Barbarian Football Club), "the match set such a high standard of excellence that it will forever be a yardstick by which games of rugby football union will be judged". To remember this match the World Rugby Museum is delighted to be able to display the 1973 Barbarians jersey worn by legendary Irish centre Mike Gibson, alongside a ball from the match signed by both teams, the match officials and commentator Cliff Morgan. Museum Curator Phil McGowan adds,

'The Barbarians are the only club to have a dedicated space within our museum, which is ordinarily reserved for international sides only.' 'The 1973 contest against New Zealand is one that is remembered by rugby fans everywhere for the quality of play, the drama of Gareth Edwards' try and the poetry of the late Cliff Morgan's commentary.' 'Mike Gibson, the finest Irish player of his generation, had already secured a draw for Ireland against the All-Blacks on the tour. He went one better with the Baa-Baas.' 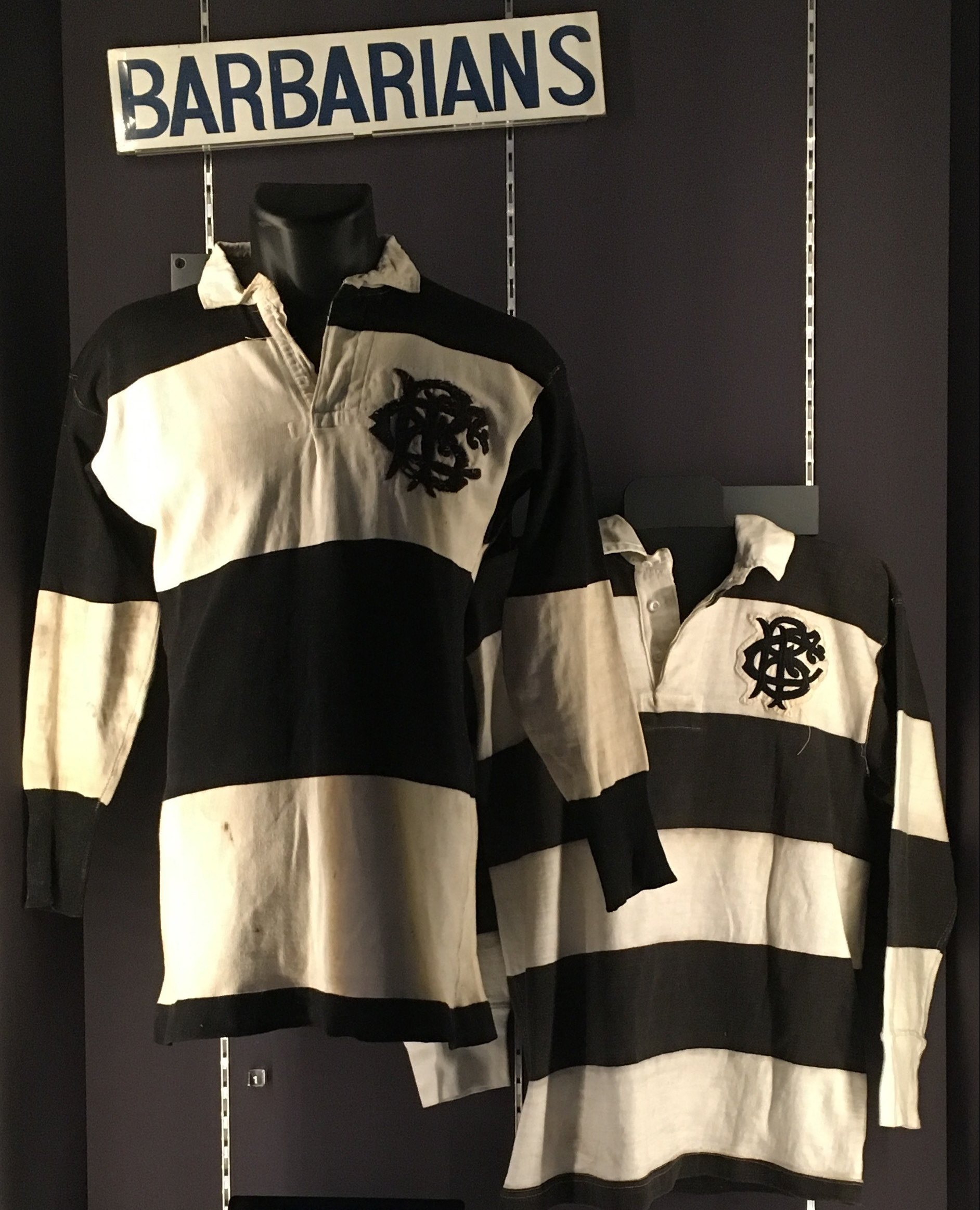 For information about visiting the World Rugby Museum, please visit our website.