06 May 2015
...he might have stood as a symbol of the heart of England...remembering Ronnie Poulton

The following is an extract from AA Thomson's 'What Do They Know of England?' published in 1955. It begins with a description of Ronnie Poulton's devastating display against Cambridge in the 1909 Varsity Match:

He made his debut as an outside threequarter and scored his five tries on the left wing, while Martin scored four on the right. The Cambridge defence was shattered that day. Poulton's candid friends - he had no enemies - said that he sometimes bewildered his partners by his brilliance and that his supreme individualism was just a thought too individualistic. On the other hand, the people who saw him during this period unite in maintaining that there was never a finer exhibition of combination between backs. But this problem of brilliant individualism is not always the problem some people think it is. A genius in any field of human endeavour is not likely to fit automatically into a conventional team. It may be, at the very first, that he does not fit into the combination at all; but, as the supreme ability of the genius becomes established, his partners willingly combine to give his talent a chance to flower; in other words, they give him the ball as he wants it. That is how Poulton's partners in the Harlequin or the England line saw it, and the Harlequins and England reaped a rich harvest from this understanding. After all, a brilliant individualist is not necessarily a selfish or eccentric fellow: he is more likely to be a quicker thinker and a more ingenious finder of openings than others. He does not, as a rule, neglect his duty to the other members of his side, he merely moves more swiftly. A threequarter line always had all to gain and nothing to lose by having a Poulton in its ranks. 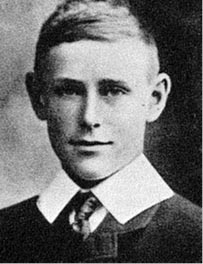 Ronnie Poulton as a child (image courtesy of the Dragon School, Oxford)

I shall, of course, remember him as I saw him that day: tall, slender of limb, delicately poised as a ballet dancer, his football boots might have been dancing shoes. His fair hair streamed in the wind, and his build was the tapering build of the ideal athlete, sturdy of shoulder, slim at the waist and below. An almost imperceptible change of step, a scarcely visible inclination of the body, and he was through the gap. And if there was no gap to be seen, one would suddenly appear, as if by magic. Poulton deceived and deceived and deceived. Right or left, the opponents who had been jockeyed into a false position could not catch or hold him. There is an unforgettable picture of him, serenely outdistancing his bewildered opponents, swinging the ball from side to side at arms length, 'as if he were rhapsodising on a concertina', compelling the defence to follow him spellbound. He played for England seventeen times and the internationals of the 1913-14 season were his last. The storm that swept Europe in August 1914, engulfed England. Her players of games were by no means the only men to volunteer to serve their country, but they were among the first to go. Ronald Poulton died with his regiment, the Royal Berkshires, in 1915.

A beautiful player, a character of the highest integrity, one of 'the loveliest and the best'. With his fair hair and fleet limbs, he might have stood as a symbol at the heart of England, of Rupert Brooke's generation, of the golden young men who died faithfully and fearlessly in a war where much that was of value beyond price in an imperfect world perished, too.

The World Rugby Museum's Wartime Gallery recalls the sacrifices of men such as Ronnie and others around the world who fought and died in the First World War. 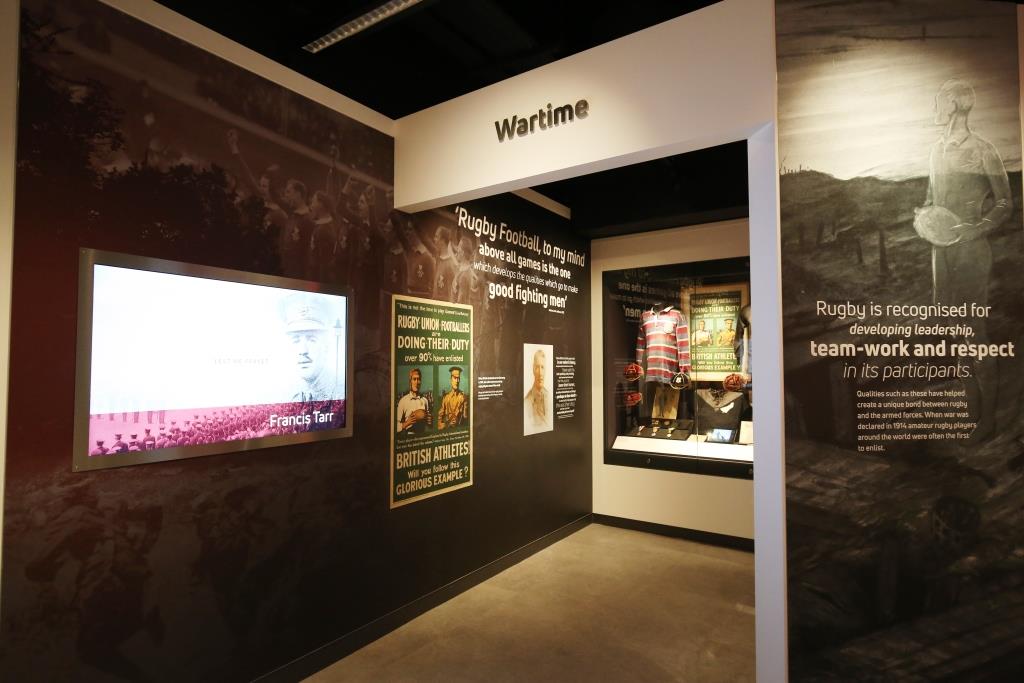