As we approach the Easter weekend it seems apt to take a look at the renowned Barbarians Easter tours. 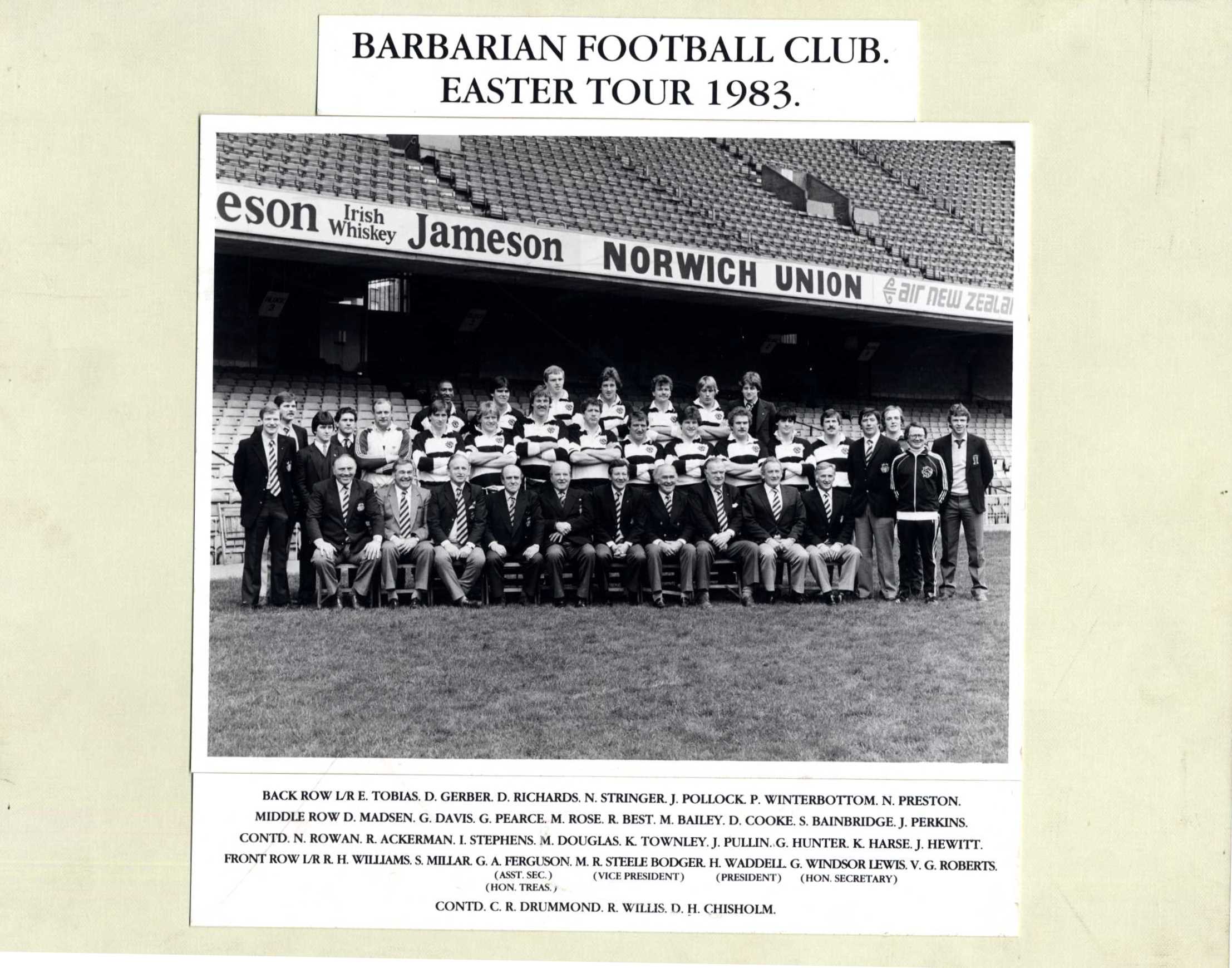 A unique club, with a unique ethos, the Barbarian Football Club was founded in 1890 by Percy "Tottie" Carpmael and became one of the most famous rugby clubs in the world. The Baa-Baas have no clubhouse, no home ground and membership is by invitation only. According to their official website:

"The only criteria a player must fulfil to receive an invitation from The Barbarians are: that the player's rugby is of a good standard and that they behave themselves on and off the field. There is no discrimination on the basis of a player's race, colour or creed and since 1890, players from over 25 different countries have worn the famous black and white hoop jersey. Once invited a player becomes a life member of the club."

Their first match was held on 27th December 1890, against Hartlepool Rovers, but it was a game against Cardiff at Easter in 1891 where the idea of an Easter tour began to form. 1901 saw the first four-match Easter tour of Wales (taking in Cardiff, Newport, Penarth and Swansea), a tradition that continued for decades to come. The Esplanade Hotel in Penarth practically became HQ for the Baa-Baas; at least as much as a nomadic team can have a home. The hotel was located in close proximity to all four clubs on the tour, and perhaps more importantly, had a seaside view. This remained their spiritual home until 1971 when the hotel closed down.

It wasn't until 28th March 1986, after 75 games spanning 85 years, that the last match between Penarth and the Barbarians took place, with the Baa-Baas winning 39-15. Fixtures with the other three Welsh teams continued until the mid-nineties. To this day the Baa-Baas play several games per season, both at "home" in Britain and across the globe. Their next match will be at Twickenham on 27th May 2018, against an England XV.