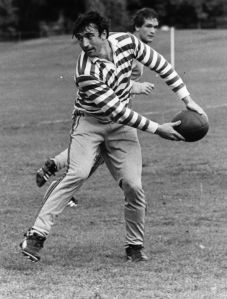 The years following England's triumph in Sydney at the 2003 Rugby World Cup were lean ones. Sir Clive Woodward had resigned as coach after a disappointing southern hemisphere summer tour in 2004 and was succeeded by Andy Robinson, his assistant coach.
Read More